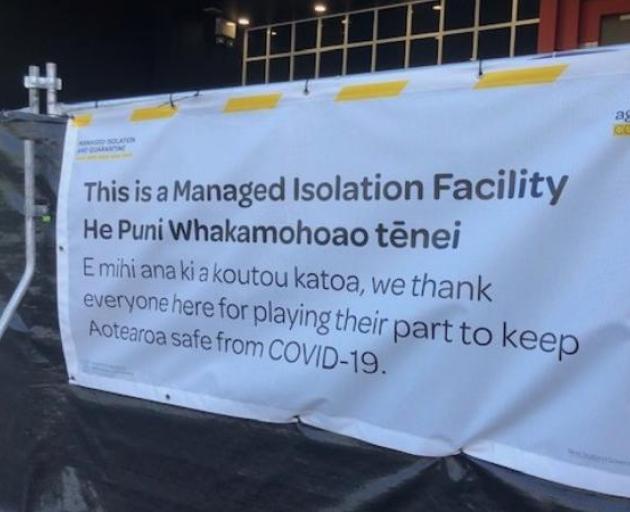 Photo: RNZ
Two Saturdays ago, while collecting firewood in the back garden, my 65-year-old father collapsed from a heart attack. He was found by my little brother Jack, who alerted my mother, who then called an ambulance.

Located as I was some 18,317km away, I was blissfully unaware. It wasn’t until much later that night - my afternoon in Oxford - that I learned the briefest of news about what was unfolding in my family on the other side of the world.

For those uninitiated in the eccentric ways of the Balchin family, let me explain. My siblings and I grew up under the watchful eye of parents who constantly eschewed the horrors of technology such as televisions, cellphones, or, God-forbid, PlaySations. As a consequence, while Dad can tentatively navigate a computer, my dear mother is almost completely technologically illiterate. Although my siblings who have left home now use cellphones and social media, my communication with those still in the nest is limited to snail-mail and the rare email.

Thankfully, my lovely Aunt sent me a few emails updating me on my Dad’s progress. But I desperately needed to hear from my Mum or even a sibling. I sent out panicked Facebook messages to all my brothers and sisters in the hope that at least one of them would know what was going on. I felt so helpless, stuck on the other side of the world, not knowing whether my father was still alive, or if I could even fly home to be with my family.

Dad is all right. He’s had three stents put in and has been discharged from hospital. But I am still spiralling. I cannot sleep. I am struggling with frequent panic attacks and a horrid, weighty feeling of sadness in my chest. Over the last 10 days, I have re-lived what I felt when I was a newly-arrived exchange student in Edinburgh, learning that my distressed and mentally unstable brother was officially a missing person, via a friend’s post on Facebook. I am fearful of finding out about another family death via a staticky Skype call.

This fear is exacerbated by the chaos and uncertainty of the pandemic in general, but especially by the knowledge that I will probably cannot return home, even if I could afford the costs of plane tickets and hotel isolation.

I spend every spare moment refreshing the MIQ site, hoping for a spot in New Zealand’s hotel quarantine system. Anxiety has given way to frustration, and more recently, desperation. Technically, Dad isn’t ‘‘terminally ill’’ and I don’t meet the other requirements for emergency MIQ allocation.

Let me be clear: I am hugely grateful and appreciative of New Zealand's “go hard and go early” approach to Covid; it has kept my friends and family safe back home and saved countless lives. But this appreciation does not negate the flaws present in the MIQ system. By this, I do not mean to criticise the wonderful frontline workers and folk on the ground, who are the consistent embodiment of bravery, selflessness, and hard work.

Rather, I am frustrated by the booking system as a whole, particularly the unclear communications issued by MBIE. Consider, for example, the recent “pausing” of the booking system in light of the Delta outbreak. No clear “re-start” date has been issued, and it wasn’t until Monday afternoon that MBIE clarified on Twitter that emergency allocation requests could still be made.

There are numerous other issues — demand far outstrips supply, many rooms are mysteriously empty, and the allocation process is deeply unfair. Someone who fancies a frivolous overseas holiday has the same access to an MIQ spot as someone who longs to attend their loved one’s funeral, or meet their new grandchild.

Moreover, not everyone has the luxury of being able to constantly monitor the MBIE website. There are jobs, responsibilities, and dependants. Those who can afford it have hired freelancers or click farms to book spots. I’ve seen unscrupulous scalpers charging over $1000 per application. Rooms that were previously allocated suddenly reappear on the system—but for dates impossible to reach, such as the following day. It’s galling watching precious spaces be given to visiting rugby teams and the Wiggles.

Add to this the vitriol directed towards New Zealanders who want to return home. Social media abounds with thoughtless comments such as “You should have come home at the start of the pandemic” or “it’s so selfish to want to travel right now”. The lack of nuance, let alone compassion, is astounding. Kiwis who long-term live overseas but desperately want to see their family have been overlooked. I work as a live-in carer for a wonderful 93-year old gentleman. I cannot simply abandon my responsibilities here in the UK and evade the extortionate MIQ costs by staying in New Zealand longer than 180 days. I have been saving up all year, but there is still no guarantee of my returning home.

I don’t claim to have all – or any – of the answers. But perhaps the government could start by fixing the bot and scalper issues, adding more rooms, or creating a priority list of overseas citizens; those affected by illness, bereavement, family separation, or other serious concerns. MBIE needs to be transparent and accountable.

I am still extraordinarily lucky. From my enormously helpful and informative Twitter community to my Oxford friends who have brought me groceries, hosted me for meals, and cleaned my room, I am surrounded by kindness and support. This crisis-within-a-crisis has forced me to pause and reconsider my priorities. I’ve been reminded of the importance of community. I’ve also learned that I really shouldn’t have unfettered access to a wine cellar, especially when I’m spiralling. Finally, I’ve learned to be kind to myself, to accept my limitations, to focus on the short term, and to celebrate small victories.

I don’t know how people survived the heartache of being away from loved ones in the days before the internet, cellphones, or even telegraph. I am so thankful that I can — if my parents figure out how to navigate Facebook — video call my Dad to reassure myself with his smiles.

But nothing beats being there in person. I long to wrap little Jack up in a big bear hug — finding one’s father collapsed from a heart attack would be terrifying for anyone, let alone a child. I want to assess my Dad’s health in person, instead of relying on sporadic, pixellated, and outdated information. But I can do nothing but wait for more news, and hope that an MIQ spot will soon open up for me so that I can finally return home.