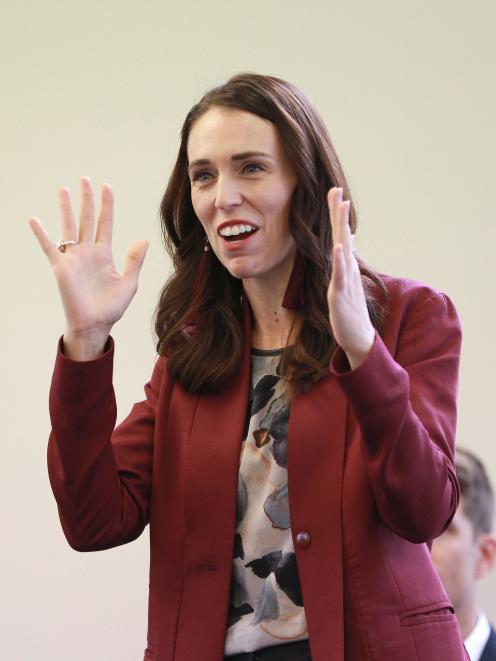 When you're in politics, words are a high-stakes game. Voters and journalists hold you to them and there is a risk in using words that are hard to live up to. This is particularly true for politicians whose reputations are founded on sincerity and authenticity.

New Zealand Prime Minister Jacinda Ardern saddled herself with the word "transformational". She used it heavily in the heady days of the 2017 election campaign, although less so in the compromised reality of a coalition government. Still, it is the aspiration she is held to. The 2019 wellbeing Budget is held to it by association.

But how do we know transformation when we see it?

A reform agenda recognises that trouble is brewing, that social, economic and environmental trends are on the wrong track. It accepts that major changes to policy and lifestyle may be required. As sustainable development research shows, it does "not locate the root of the problem in the nature of present society, but in imbalances and a lack of knowledge and information".

It tends to reach for existing policy levers, and to hang its hopes on technical solutions. It reacts to the toughest choices by devising new frameworks for analysing them.

The wellbeing Budget easily goes this far. Finance minister Grant Robertson is entitled to say, as he did in his Budget speech, that this is a government "not satisfied with the status quo".

Most important, New Zealand's wellbeing approach de-centres GDP as the principal measure of national success, using instead the multi-dimensional living standards framework. In doing so, Ardern's Government has acted upon doubts that are as old as GDP itself, and gained traction in the years after the 2008 Global Financial Crisis.

As economists Joseph Stiglitz, Amartya Sen and Jean-Paul Fitoussi argued in their influential analysis of what went wrong. -

What we measure affects what we do; and if our measurements are flawed, decisions may be distorted.

By arguing for more nuanced national accounting that captures quality of life, they made a case for reform that Ardern's Government is putting into practice.

A transformative agenda goes further. It sees problems as rooted in the present structure of society. It isn't only about managing the flaws and oversights of the dominant system, but overturning the system itself. This involves an order of ambition that the wellbeing Budget lacks.

Consider, for instance, its centrepiece investment: $NZ455million (over four years) for a new frontline service for mental health. This is vital support for those in need, complemented by wider reforms recommended by He Ara Oranga, the report of the inquiry into mental health and addiction.

But its primary focus is to address existing suffering. It does not aim for the socioeconomic or historical causes of many people's misery and strain. Other aspects of government policy may do, such as the Provincial Growth Fund, by creating meaningful jobs in places where opportunities are low and shame or whakama are high.

But whether you think this is adequate depends on how you answer the big questions about the structure of the economy, distribution of power and decolonisation. This is undoubtedly the territory of transformational politics, but the wellbeing Budget only touches the edges.

There is another word for change that the Prime Minister sides with: not "transformation" but just transition. This is the idea that socioeconomic change should be guided by principles of justice, such as equity and inclusivity, to minimise the disruption change can bring. The aim of a just transition is to achieve revolution without revolt.

The concept is prominent in climate change policy - and the wellbeing Budget delivers projects to support these objectives, including a clean energy development centre in Taranaki, sustainable land-use funding to enable the shift to low-emissions landscapes, and an extended budget line for just transition planning.

But Ardern obviously sees the idea of a just transition as more broadly relevant, contrasting it with the "rapid, uncaring change" of structural reforms in 1980s New Zealand. To my mind, this better captures the temper of this Government - not transformational, but potentially transitional.

As the wellbeing approach is bedded in - not only with policy wonks but also business and community leaders, and the voting public - it will loosen GDP's grip on the minds of decision-makers. GDP will be repositioned as only one among many indicators that ought to inform political judgement. Then political leaders can be confidently ambitious, not only with their words, but also their actions. - theconversation.com

The Wellbeing Budget is built on very optimistic tax forecasts. $85 billion this year, $95 billion next year, $100 billion in 2021 and $105 billion in 2022. Using today as a benchmark this is $45 billion in additional taxes over the next 3 years. Either they plan for a booming economy or tax increases are coming. However, if the forecasts are incorrect then NZ will have to borrow heavily to fund operational activity. An unsustainable economic model will see this Government how of power fast despite any spin on what measures success.

So, the grim faced are a better bet? Is it your mission to 'woke' the people that smiles are suspect?

Hayek: when you hear the word social, think anti-social.

Well-being is a doublethink euphemism. Means nothing, but eventually will anti-well being.

Socio-economic one of Hayek’s banned terms. Anthropomorphic thinking leads us astray. We are not social bees striving for a greater good. Freedom to trade begat the great periods of advancement. Freedom from regulation. Unshackle New Zealand from stifling bureaucracy. Start a new golden age of trade. Encourage more Rocket Labs, free us from stifling law.

The PM will attend meetings all over the world But no show D day last week what a sham ///// people will remember on vote day........