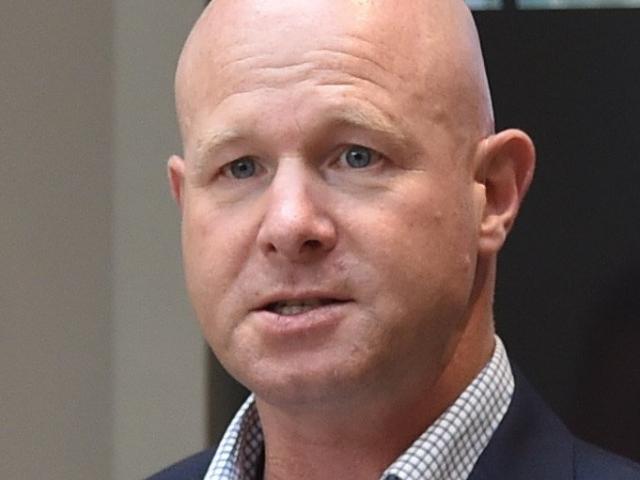 Scott Mason. Photo: ODT files
Save for the latest Covid Alert Level increase, most businesses in Otago that I have talked to are actually quite busy, excluding the obviously devastated industries such as tourism and foreign student education.

This level of economic activity has surprised most pundits and should be enjoyed while it lasts. But is it sustainable? Or is this the "dead cat bounce" part of a W-shaped recovery?

Accepting that I am not an economist with fancy graphs, it strikes me that this current level in activity is primarily fuelled by four drivers: pent-up demand (we couldn’t do stuff during lockdown), brought-forward demand (we are concerned about future supply of foreign goods so are buying what is in the country already), over-confidence (we haven’t all personally been affected by the negative Covid consequences yet), and substitution of discretionary spend (swapping out overseas holidays for TVs, cars and renovations). None of these drivers are perpetual, in my view.

I was a big supporter of the first wage subsidy, albeit a little less excited about the untargeted nature of the second.

These cash hand-outs were correctly designed to buy time, to give NZ Inc a chance to put in place plans to rebuild for the new world, and to create space for businesses to try to interpret their new normal before taking rash actions in the face of uncertainty.

This is a sensible tactic, albeit at its extreme it masks some economic realities, such as a good chunk of the wage subsidy has merely delayed inevitable redundancies and substituted in for unemployment benefits, meaning that some New Zealand businesses have simply taken over the distribution role of MSD, while distorting the statistics.

The question in my mind is whether we have used this valuable time, especially the last 100 days, to put in place the economic "rebuild" strategies required, especially for the regions. Infrastructure spend is a tried and true strategy to drive economic activity, but it is inevitably disproportionately directed to the North Island.

Our reality is that Otago has a greater per capita reliance on foreign tourism and foreign students than any other region in New Zealand, so we are disproportionately vulnerable to the economic fallout arising from closed borders.

Furthermore, even our economic engine room in the form of the primary sector, while enjoying a recovery (on average) of both international prices and demand, is facing a looming human resource crisis (quality in the form of skills, and quantity in the form of bodies willing to "pick fruit"/milk cows) that isn’t likely to be met by Aucklanders temporarily relocating south (not that I have seen any plan to even attempt to drive this aspect).

Finally, the constant feedback I am getting from clients across other industries, especially hard and soft tech companies, is the absolute need to get productive people into New Zealand to fill the skills gap, and to get people out of New Zealand (with an ability to get them back) to drive economic activity.

Accepting that the primary Government focus has been the health risks and that even keeping returning Kiwis in isolation/quarantine has been politically challenging, it is perhaps unsurprising that there is little overt action around opening our borders beyond citizens.

Let’s accept a travel bubble — defined as cross-border travel without quarantine — is unlikely given recent events in New Zealand and Australia, but we should accept that we need to be actively building a travel portal.

That is a systemised and funded way to get foreign nationals, on a very targeted basis, into New Zealand, starting with skilled and even temporary unskilled labour, and students for 2021 into New Zealand safely.

Unfortunately, the spectre of two lots of two-week quarantines means tourism may not be the primary target for this strategy initially.

The key difference between returning Kiwis and these foreign nationals is that we can write the rules; we can charge them, we can have criteria that say if you misbehave in any way you are on a plane tomorrow and will not be allowed back for five years, or that your sponsor (employer/educational institute) will also be on the hook.

These additional levers will drive even greater compliance than we saw from returning Kiwis, decreasing the health risks, assuming that we manage the health risks for those Kiwis engaged in supporting this process via regular testing and PPE.

This inevitably would be a partial cost to Government, but surely this is a better "investment" than untargeted handouts.

It goes without saying that our NZ Inc preference should be to access under-utilised talent within NZ as a priority, but this is unlikely to meet every businesses need for skills/personnel, no matter how quickly we train or seek to relocate people.

Attaching cost/risks to importing skilled labour as above also maintains an economic preference for local labour solutions where it is available.

There are two sides to this of course: the policy and the infrastructure. Given that across New Zealand we had only 1600 quarantine beds available as of Thursday last week, and I reckon we need at least 10 times that, the infrastructure worries me the most.

We just need to get secure the likes of the Scenic Hotel or a couple of University Hostels in Dunedin and build the process to make it as safe as possible.

Even if there is no appetite to start until after the election, my plea to Government is to at least show us the strategy and let us witness some action. Give us comfort that there is a plan beyond cash handouts.

Not wanting to be a doomsayer, but I do believe there are very dark clouds on the Otago economic horizon, and we need to be preparing for this with strategies around rebuilding some resilience into our economic platform in the areas we can make the most headway (or lose the least ground). Now is the time for action.

What a load of rubbish. You are a tax Joe, happy for government handouts (obtained from many who do not use your services to reduce tax payment), and now want our taxes to go further and pay for the beds and portals to bring in more workers from overseas. Your comment that 'some New Zealand businesses have simply taken over the distribution role of MSD, while distorting the statistics' tells us where you are coming from.

"None of these drivers are perpetual, in my view." Mate. Capitalism is unsustainable. It relies on ever increasing consumption of finite resources. If you're worried about the economy, there are bigger challenges than Covid 19.

Instead of putting lots of time, effort, money and increasing the risk of again re-introducing Covid to get some " temporary unskilled labour" into the country, would it not be easier to pay a little more for a New Zealander. Perhaps it is time to realise that your supply of people from poor countries who will work in the worst conditions for the least money is at least temporaraly unavailable and that you are going to have to pay more and improve conditions for your workers for a little while to keep things moving.

Dark clouds on the horizon? Geez, you think? No way I'd hire this guy to do my taxes! Walk around Dunedin and count the number of closed or closing business. I don't need an accounting degree to tell me the economy is bad. Brilliant deduction the wage subsidy only delayed the inevitable. Well, dah! Things are going to get really bad. The government needs to stop giving people false hope. Tourism isn't going to save New Zealand for years. WE need to look at alternative economic options other than tourism to build the economy. Tourism many never return!

Good one, RP. Deep in the heart of taxes.

Excellent article. Completely puzzling some of the comment - best read the whole article before commenting Jo and Nash? It is unclear why current Govt is not planning mechanism for overseas quarantine facilities to facilitate Mr. Mason's proposal that foreign students and important workers for our economy can be safely brought in to NZ; those guests - international students and critical workers - would pay in full and I'm sure a student visiting for 3 years may respect a quarantine charge to enter the country is part of their cost? If the Govt is doing this preparation for quarantine access for foreign visitors why would it have to be 'secret'??? For all the Govt sub-committees reviewing whatever issues in our country would not a transparent process be conducted now demonstrating how we will facilitate the first arrivals in to NZ when all the rhetoric states COVID has a long life and we must 'trade' and add value in our own country to survive? We depend on trade; that must work both ways and trading in human capital is part of our economic growth.

Thousands of New Zealanders are currently stranded overseas trying to deal with an anonymous NZ Government-run quarantine booking system. There is no feedback and they just get kicked off flights at the request of the NZ Government. I think there is merit in shifting quarantine facilities offshore.

"trading in human capital is part of our economic growth"? Do you really believe the unemployment rate is less than 5%? Go read the footnotes on the last labour report and see how the Government measures unemployment. Unemployment is way above 5%. The Government changed the way it defines unemployment. Don't like the numbers? Change the definition of what you're trying to measure. The responsibility of the New Zealand Government is the New Zealand people. Providing incentives to New Zealand businesses to hire New Zealanders out of work should be a priority. Your blanket comment that "trading in human capital is part of our economic growth" is idiotic! NZ engages in trading "human capital" as part of economic growth by exception. We import people to augment employment shortfalls caused by the brain drain. This practice has continued into market segments label as "jobs Kiwis won't do". This is a very sad commentary! Statistics New Zealand says the number of ex-pats coming back since Covid-19 is unprecedented. This plus the REAL unemployment rate will hurt Kiwis as the economy continues to decline. The economics don't support the argument to bring more workers in PERIOD!

In triage, these are technicalities. No open border as numbers rise, masks mandatory, contain, then worry about the economy. It's of concern that the utilitarian want a population loss percentage to be taken into account.