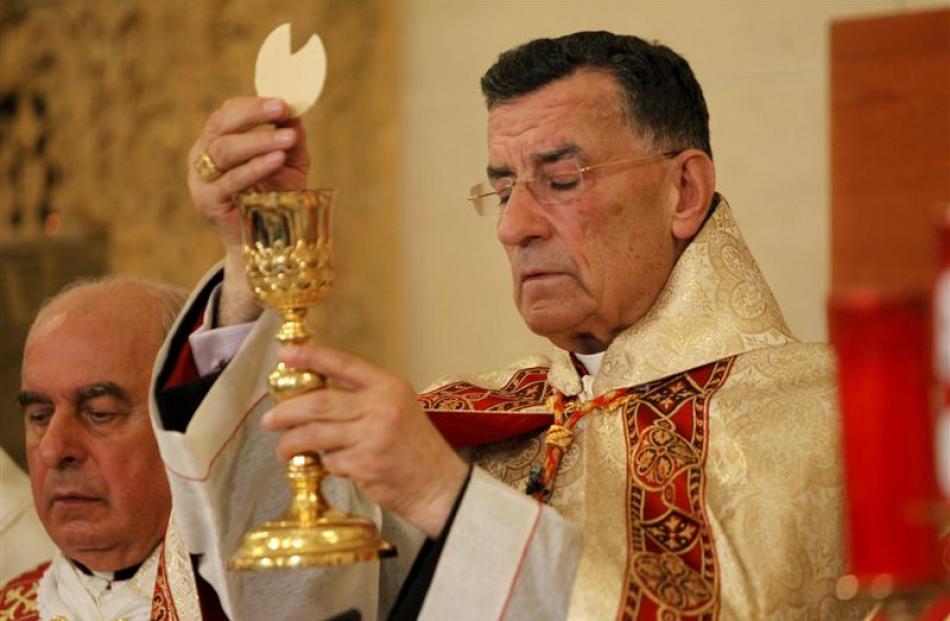 Maronite Patriarch Beshara al-Rai during a Mass with members of the Christian community in Damascus. Photo by Reuters.

The experience of most Christians throughout history and across the globe has been one of persecution and even extermination, writes Tim Cooper.

Islamic State (or IS) recently achieved another victory in Syria by capturing Al-Qaryatain, a town of 20,000 inhabitants.

Around 2000 of them are Christians.

The existence of Christians in Syria may come as a surprise. Generally, we assume that the Christian faith is only a Western thing, one that spread elsewhere around the globe only in recent centuries.

If so, we could hardly be more wrong.

In his excellent book The Lost History of Christianity, Philip Jenkins corrects that misperception.

He explains how the Christian faith spread outwards from Jerusalem in all directions, not just west.

The New Testament tells the story of that westward expansion (most notably in the book of Acts) but it is not the only story to tell.

Early believers took the message of Jesus south into Africa and east into Syria and Persia (now Iraq and Iran) and from there into India, Southeast Asia and, by the seventh century, even into China.

The head of the Church in Persia at the turn of the ninth century was Timothy, the most significant Christian spiritual leader of his day and far more influential than the Bishop of Rome, the Pope.

Around a quarter of the world's Christians looked to Timothy as their leader.

Though it existed under Muslim rule this church thought and spoke in Syriac, a dialect of Aramaic, the language that Jesus is likely to have spoken.

That illustrates the closer linguistic connections with earliest Christianity, closer than in the West where the faith made the leap into Greek almost immediately, and into Latin later on.

As Prof Jenkins explains, ''as late as the eleventh century Asia was still home to at least a third of the world's Christians, and perhaps a tenth of all Christians still lived in Africa''.

In the middle of the thirteenth century two Christian monks from Beijing made a journey across Asia to Baghdad and from there one of them travelled to France, a total distance of around 10,000km as the crow flies.

They would have been able to call on the hospitality of Christians all along the way.

''For most of its history, Christianity was a tricontinental religion, with powerful representation in Europe, Africa, and Asia, and this was true into the fourteenth century.''

Then it all went wrong.

During the fourteenth century, the Church in Asia was almost entirely wiped out.

The Black Death swept through, cutting down Christian and Muslim alike.

Lacking the support of the state, the Christians lost that competition.

And a new wave of Mongol invasion occurred under Timur, a staunch Muslim and scourge of Asian Christians.

As a result, ''whole Christian communities were annihilated across central Asia, and surviving communities shrank to tiny fractions of their former size''.

Even then, the Church in Asia continued.

Christians comprised 46% of the Ottoman Empire in the nineteenth century (that is, the Middle East, Turkey, the Balkans and North Africa).

Half the population of the capital, Constantinople (now Istanbul) was Christian.

Today, we think of the Middle East as exclusively Muslim, but it wasn't that way even a century ago.

In 1900, over four million Christians lived in the Middle East, 11% of the population.

There were significant populations of Christians in Armenia, Syria, Iraq and Egypt.

But in 1915, as many as a million Armenian Christians were killed in what most commentators call a genocide.

Since the fall of Saddam Hussein, almost all of Iraq's Christians have been killed or driven out.

Over the twentieth century and ''across the Middle East, Christian communities vanished one after the other, like lights being switched off''.

Even so, large numbers of Christians remain in Palestine, Jordan, Lebanon and Syria. Around ten million Christians live in Egypt.

This has a Dunedin connection: St Michael's Orthodox Church on Carroll St is an Egyptian Coptic church that traces its roots back to earliest Christianity.

So Christians remain in Syria, for now.

However events play out, it is unlikely to go well for them.

The capture of Al-Qaryatain is just one more instalment in a very long story.

We have been here before.

Regardless of whether we hold to the Christian faith or not, the Christians of Syria, along with all its other distressed inhabitants, deserve our concern.

If we are Western Christians, we might appreciate the Western experience of the church that was for so many centuries so comfortably sheltered by state support.

The experience of most Christians throughout history and across the globe has been one of persecution and even extermination.

Given that the faith began with the brutal execution - and resurrection - of Jesus of Nazareth, why would we expect it any other way?

• Tim Cooper is associate professor of church history in the department of theology and religion at the University of Otago.