Contempt has no place in free speech debate 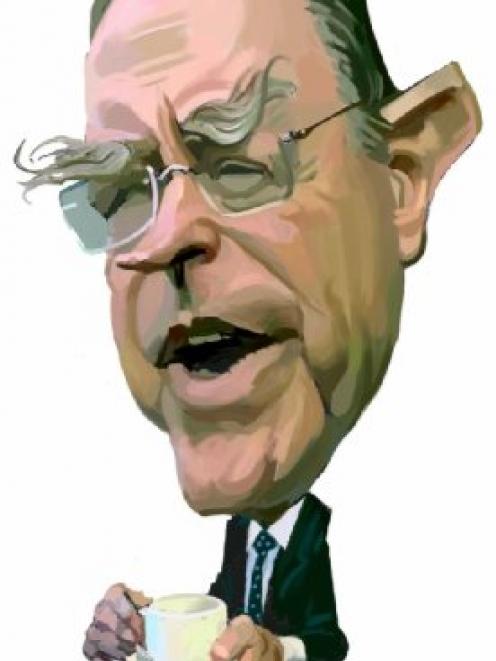 Don Brash
Freedom of expression must be freed from expressions of contempt, writes Derek Alan Woodard-Lehman.

In years past, New Zealand's geographical isolation provided a measure of natural immunity to foreign viruses. Today, however, Aotearoa is wired into the 24/7-365 news cycle of traditional and social media. For better and for worse, the vices of the polemical back-and-forth take-no-prisoners rhetoric of the fact-check versus fake-news culture wars are always a click away.

Earlier this month, the tides of incivility washed up on our shores with the arrival of Lauren Southern and Stefan Molyneux. In their wake came a series of storms in Auckland and at Massey University over Don Brash, and at Otago over the student magazine Critic Te Arohi.

From top to bottom, New Zealand has been drenched in torrents of indignation and recrimination.

In a perverse irony, the rhetoric of both sides plunges down the self-righteously slippery slopes of reductio ad fascism arguments. Whether you or I want to prohibit or permit such speech, we're all "Nazis" now.

Of course, we are not all Nazis in the literal sense. Even if we were all Nazis in the rhetorical sense, none of us would be. If this sneer applies [to] everyone, it loses its polemical force. Even so, resort to such arguments forces us to pause and reflect.

Reductio ad fascism arguments are in bad taste and bad faith. They trivialise the experience of those who suffered under real Nazis. They demonise the existence of those whose differences we suffer only because we have to. Worse still, they neutralise legitimate criticism of genuine authoritarianism and bona fide racism.

Now, my aim is not to litigate these specific events, or to adjudicate these particular speakers. My concern lies with two corrosive attitudes lurking beneath and behind these stormy controversies.

The first is a seething form of selfishness that goes something like this. "I can say whatever the hell I want. And damn the consequences." This attitude is non-partisan and non-sectarian. It is in evidence across the ideological and religious spectrum. No group is immune from having members and moments that indulge in free speech absent any concern for the accuracy of its content or the hostility of its form.

Such self-indulgence divorces liberty from responsibility. It ignores basic political and legal frameworks of free speech, all of which admit reasonable restrictions on public expression. We need not wade into the legal minutiae of documents like the International Covenant on Civil and Political Rights. The spirit of these laws is more relevant than their letter.

One emergent principle in these frameworks is the "right" of reply. I place "right" in quotation marks, because, strictly speaking, reply is more of a guiding principle than a binding precept. The idea, roughly, is this. In cases of potentially offensive or inflammatory public speech, one test for permissibility is whether or not there is opportunity for response. If there is, then there is a modest presumption in favour of permission. If not, there is a slight presumption in favour of prohibition.

Whether or not this principle becomes the law of the land, it seems to me to be a reliable rule for our conduct especially in universities where freedom of inquiry and pursuit of knowledge are prized. We can rephrase this principle as a simple question: "Is my speech a sucker punch, or is it sparring?"

To ask this question is neither dumbing down on vigorous debate nor chickening out from righteous dispute. (I, for one, will resist and protest racism in all its bullhorn and dog-whistle forms.) This question asks not less of us but more. It asks that even when we remain unpersuaded by our opponents, we remain engaged in the perhaps futile effort to persuade them. It asks that we aspire not to knock them out but to draw them in.

This brings me to the second worrisome attitude that often comes packaged with the first. It is a scathing form of rage that goes something like this: "I not only rebut your opinion or action as deplorable. I rebuke your person as despicable." Such rebukes have their place. Certain persons merit this response. But those who do are the honest-to-God Nazis of the world. In a society like ours, they, thankfully, are few and far between.

Whatever we think of Southern, Molyneux, and Brash - or those who would silence them - surely we should think better of them than we do of Hitler, Himmler, and Eichmann. Self-indulgent contempt may win us followers 140 characters at a time, but it will taint the character of our leadership each and every time.

Civil liberty requires civic responsibility. Freedom of expression must be freed from expressions of contempt. Or, in the words of Christian scripture, "Speak the truth in love".

Derek Alan Woodard-Lehman is a lecturer in theology and public issues at the University of Otago.