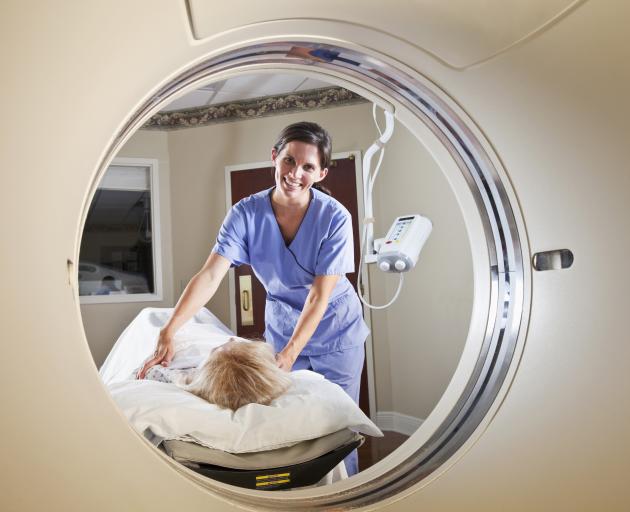 After a CT scan it was confirmed that the only damage was a small tear and lots of bruising. PHOTO: GETTY IMAGES
Dunedin is my favourite city in the entire world. I grew up near there, had my first journalism job there, my two sons were both born there and I moved under protest to Auckland 35 years ago.

Of course, I love the big A too now, but Dunners will always be dear to my heart. But, after a three-week break on the Mainland recently to catch up with family and friends, I didn’t expect to spend most of the shortest day of the year in the Emergency Department there.

All went wonderfully well (I visited Invercargill, Oamaru and Dunedin — ate a copious amount of Bluff oysters) until I took a tumble down the stairs of my friends’ house in Dunedin. 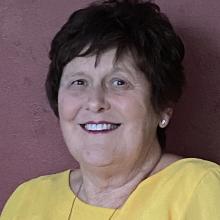 After a CT scan on my head and chest and a heart echo test, it was confirmed that the only damage was a small tear in my sternum and lots of bruising.

But, out of the whole very frightening experience for a nearly 70-year-old came a real positive — a huge admiration and respect for those working in our beleaguered public health system.

I was cared for with such dignity from the time the kind ambulance crew picked me up at about 10.30 on the Monday night and by a whole range of different staff members until about 7.30pm the next day, when I was finally told I was clear to leave.

And it wasn’t just the way I was treated that impressed me so very much but just how thoroughly I was checked out.

I could’ve easily been written off as a silly old girl who’d had too much to drink and missed my step to fall down 12 steps, and sent out as soon as they realised I didn’t have concussion.

Ironically, my friends and I had discussed opening wine that night as all three of us go alcohol-free (mostly) during the week, but decided as it was a special post-Covid reunion we’d have a glass each with dinner. And I got asked about that small glass many times during my medical check. Obviously, OAPers falling downstairs after over-imbibing are frequent visitors to our emergency departments!

On that cold night, the Emergency Department was pumping with high numbers of influenza and Covid cases, but I didn’t have to wait long to be seen by a doctor. Many were young staff who looked as if they’d been on their feet for hours, but remained polite and caring.

When I was moved out of the busy hub of the department to an “observation” bay, I was cared for by two amazing young Filipina nurses.

They hadn’t seen members of their families since the Covid outbreak and that sadness was obvious, but were so appreciative of being in Dunedin, spoke impeccable English and were so professional.

A young woman called Isa (in her language it means unique or special, as she was the only girl in a big family of boys) was so special she even picked up on my caffeine addiction. She kept me supplied with a pretty rough instant which tasted like nectar to me.

When I got back to Auckland three days later, I was watching television news and a plethora of negative things were being said about our health system.

When one woman piped up that she’d never trust any of our emergency departments, I knew I had to write this. And that was backed up by a visit to my GP who praised the depth of the reports that came back from Dunedin. “And they must have been busy,” she said. Well, they were pushed to the limits, but still gave their best.

My thanks to my friends Sandy and Craig, who rescued me and cared for me so well, the kind ambulance staff and all those amazing and overworked staff members at Dunedin’s Emergency Department.