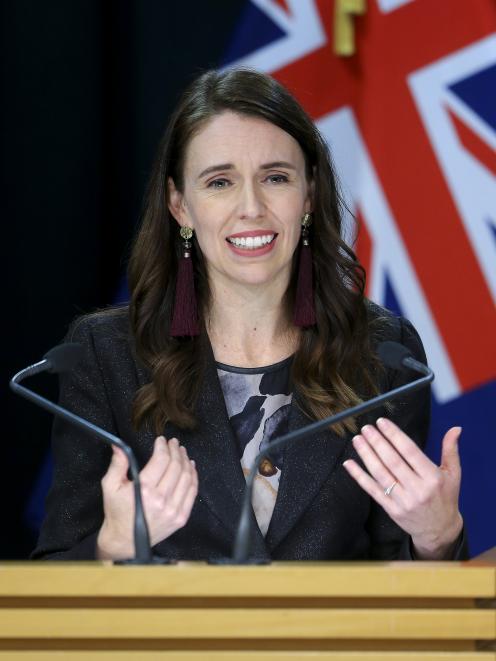 Jacinda Ardern. Photo: Getty Images
New Zealand must open to the world sooner rather than later.

Omicron has forced the Government’s hand, and Prime Minister Jacinda Ardern yesterday announced changes to MIQ through a five-stage process beginning at the end of the month and continuing through to October.

Ms Ardern said timings could be flexible, and some stages could be brought forward. Of course, a new dangerous variant could stymie even this plan, just as the pre-Omicron border changes announced last year had to be abandoned.

Ms Ardern, notably, also said the value of self-isolation would be continually monitored and it might not be needed in the ‘‘not too distant future”.

However, the Government’s “abundance of caution” as well as its record on several occasions of lack of urgency, preparation and flexibility give cause for concern. As it stands, New Zealand needs a little more time.

The late procurement and roll-out of vaccines, the failure to enhance intensive-care capacity sufficiently and the debacle over rapid-antigen testing mean the MIQ barrier is useful for a few more weeks. It will, indeed, be pointless keeping vaccinated New Zealanders excluded or locked in MIQ as case numbers soar into the thousands as is expected soon.

The Government has mostly made good calls through the pandemic, notably going into lockdown in good order in 2020.

The policy has, generally, been supported by most citizens. Safety has come ahead of the cries of business. New Zealand now moves into a turbulent and fearful phase. It has no choice but to change tack. The winds of Omicron are rising.

In the past few weeks, entry to New Zealand and the “lottery of misery”, has been at the forefront of the news. Ms Ardern and the Government will be relieved if yesterday’s statements can help salve this running sore. The announcement on Tuesday to reduce the gap between second vaccination and boosters to three months is also welcome.

Once again, however, the authorities and the Government moved too slowly. Time is of the essence to limit the looming Omicron avalanche and the resulting crush on the health system.

A key to minimising the impact and hospitalisation is that third dose. Every week counted as the country held its breath. Experts a fortnight ago were advising the Government to reduce the time to three months immediately. Three months might be fractionally less effective than four, which could be slightly less ideal than six months. But the three-month gap should have been instituted two weeks previously.

Every day counts as New Zealand builds on one of its successes, the high vaccination rates. Meanwhile, much of Western Europe is moving to a phase when restrictions, especially for the vaccinated, are lifted. The optimists, including among health specialists, are predicting the peak could be over. Covid will be treated in the same way as seasonal flu, a serious illness but as endemic rather than as a pandemic.

New Zealand, having lived in a siege mentality, needs to be prepared to be smart and flexible as circumstances allow. That could mean advancing the stages more quickly than even Ms Ardern and the cautious health specialists would prefer. Home isolation must end immediately its purpose becomes effectively redundant.

The tourist industry, for a start, is never going to fly if visitors must isolate before beginning their holidays. It is all very good opening to Australians by July, which would match the start of the ski season. Few skiers would come, however, if they are stuck in accommodation for several days. Because the elimination strategy is over and because of vaccination success, New Zealand can alter a balance at present strongly tilted towards caution.

Ms Ardern has laid out a prudent plan. The Government must now have the courage and flexibility, given any opportunity, to speed it up.