Ardern's star qualities reflect our own 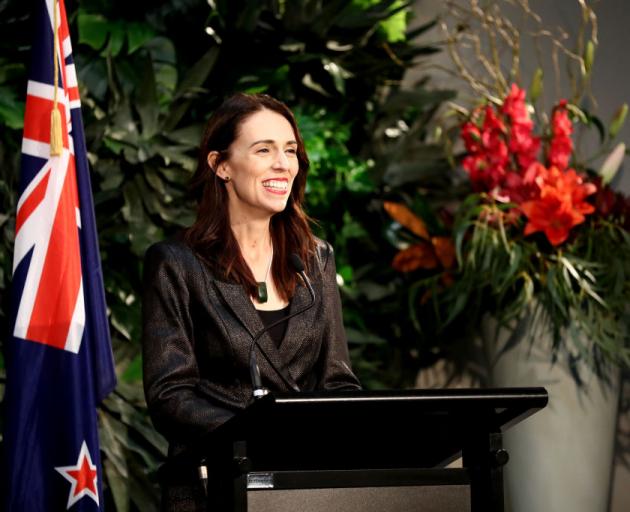 The mechanics of her goals, of the trip, of those in attendance, of the chances of any measurable success, are up for debate. Where people stand on that debate will largely be representative of where they stand politically. That is entirely predictable, considering how unyieldingly married to our political teams most of us are.

Context is hard to gain when contemplating politics - it requires a disciplined desire to achieve balanced, critical thinking when wading through the world of deceitful rhetoric, impassioned lies, genuine success and unmistakeable failure present on both sides of our political divide.

While many on the Left paint the nine years of the last National government as destructive, selfish and cruel, those on the Right consider it proof the centre-Right has the better people and the better policies.

The Left can point to rising house prices and flat wage growth for many, while the Right can point to an economy which performed better than almost every other, despite a global financial crisis and brutal natural disasters.

John Key's detractors can highlight his wealth and connection to big business as proof their disdain for him is well-founded. Yet he led arguably one of the most left-leaning centre-Right governments in history.

The same difficulty in giving credit where it's due is now being experienced by many on the Right who can only see Ms Ardern's performance as Prime Minister through the lens of her perceived failures.

She has not always followed rhetoric with comparable action. That is true of virtually every politician but to many it rankles more this time as they feel Ms Ardern gained her office through the vastness of her promises, rather than her plans or chances of actioning them.

Ms Ardern's Paris trip is unlikely to bring about much substantial change to the world of social media. But her attitude and poise while making her case is sure to win her - and us - fans, while encouraging people to think.

Perhaps that is a fair metaphor for her performance to date. While we must hold her and her government to account, we can also celebrate what a potent ambassador for New Zealand she is.

Her communication skills are world-class. She has become a global political star and has done so effortlessly. That doesn't mean she deserves anyone's vote next year. But her international success is a good thing for this country.

There is much about this week's trip that can, should and is being scrutinised. Will it prove effective? Probably not very. Has Ms Ardern been used somewhat by President Macron? Perhaps. Will this ''Christchurch Call'' make New Zealand safer? It's unlikely. Are there more pressing needs at home? Of course.

Is Ms Ardern's success at promoting New Zealand as a beacon of peace, empathy, understanding and kindness in a world riven by political skullduggery good for this country? Yes. It is.

And, we should bear in mind, Ms Ardern is simply expressing a side of New Zealand we have all helped build over the last 179 years. We have constantly strived to be better, fairer, kinder and more open. Ms Ardern is expressing an aspect of this country of which we can and should be proud.

It is right to analyse and critique the finer details of this Paris trip. But we should also make an effort to acknowledge we are being represented on the world stage by a leader who has garnered global respect, admiration and praise simply for being a typical Kiwi.

No matter your political stripes, that's a reason to tip your hat.

It makes me think that this would be a good opportunity to have a discussion about our Head of State. Jacinda makes international relationships look easy and would be the perfect fit for a Presidential role. We could then vote in a Government with less focus on making it a vote for a leader.

Depending on allegiance, that is seen as the flaw in democracy: tyranny by the majority of voters.

I would only add that NZ would have been disaster zone if a dithery man were PM in March.