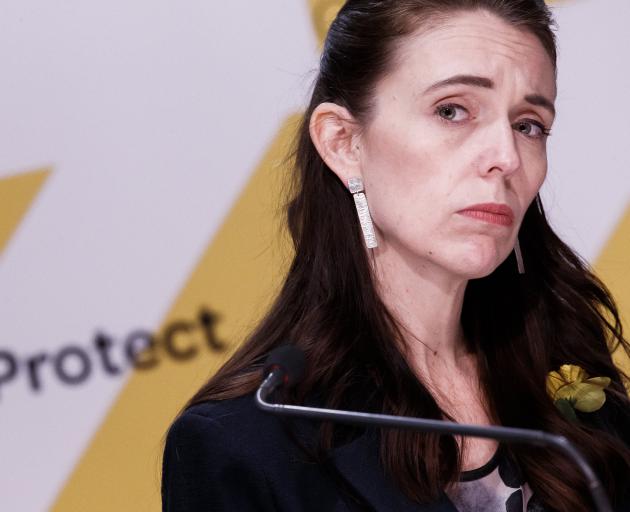 PHOTO: GETTY IMAGES
Prime Minister Jacinda Ardern can be frustrating in some of her media conference lockdown comments.

She has been prone to pronounce "good news" as part of her political spin from on high before moving on to the real news, actual decisions and less slanted information.

Her packaging of vaccination figures has been particularly galling. How good it was, we were told one afternoon, that 70% of the over 40s had at least one vaccination or were booked for the jab.

Another way of presenting official figures would have been that the overall rate for the fully vaccinated was only 20%.

We were also told of record vaccination numbers in the many tens of thousands. We were not told New Zealand remained a laggard, rattling around at the bottom of OECD nations on vaccination levels.

No doubt, many may swallow the Prime Minister’s lectern sermons. Others, though, saw Ms Ardern’s efforts as just showing up how poorly New Zealand has done.

Never mind. Ms Ardern, seldom a slow learner, seems to be getting to the point faster, or at least letting Health Ministry bosses do so.

Never mind, too, that initial lack of supply of vaccine held up the roll-out.

Criticism is justified but need not be endlessly regurgitated. It is time also to look forward.

Here the news is more positive, although not entirely so. Tomorrow marks the day when vaccinations are open to all over 12. That is a milestone, even if too late.

Vaccination demand is impressive, so much so that Pfizer supplies through September are right on the edge.

The vaccination centres are complemented by GP practices and pharmacies as well as an assortment of special clinics and drive-throughs. Pasifika and Maori health providers are on the front line in the provision of such services.

Thanks to the urgency of the Delta outbreak, responses have been strong. Hesitancy is shrinking.

It is absolutely clear — even in the uncertain Covid world and the ever-developing science — that extremely high vaccination rates are vital.

Inoculation might not entirely stop the spread of Covid, but it slows it down. Crucially, it slashes the severity of illness.

New Zealand has made the right call not to set specific vaccination targets at this stage. Numbers must be as close to 100% of those eligible as possible, heading towards, one hopes, the 96% reported from the Cook Islands.

We do not want to be panicked by force of poor circumstances to be like Australia. Prime Minister Scott Morrison and New South Wales Premier Gladys Berejiklian are clutching at inadequate targets and a dubious new normal.

Of course, debates have begun — and will intensify — on when and how New Zealand "opens up" to the world.

For the moment, the focus is on the Auckland outbreak. We will have options if the worrying spread among essential workers is stopped and Delta eliminated.

Before too long everyone will have had the chance to be vaccinated and efforts will have been made to reach marginal groups, remaining hesitators and those who have simply procrastinated.

Already, there are questions over the rights of employers to insist on employee vaccination and on requirements for entry to events and day-to-day life.

The other day, for example, it was reported that passengers on the Sir Edmund Hillary Explorer train trip next year would have to prove they were vaccinated.

The seatbelt comparison to vaccines is appropriate. Crashes might not be prevented but seatbelt protection makes a huge difference.

The news will be excellent when we are vaccinating at 100,000 a day.

While I agree with your overall sentiments I take issue with your ongoing insistence that the delay in the vaccine becoming available was something that was in the control of the govt or it’s agencies.
We simply do not know if a better result could have been achieved.
There was no point n the vaccine being in the country if all the required ducks had not been lined up in a row.
It’s fair enough to ask the questions and to identify if unnecessary delays occurred but to make the assumption that it has, without the facts is unwarranted and unreasonable.