The bubble is back 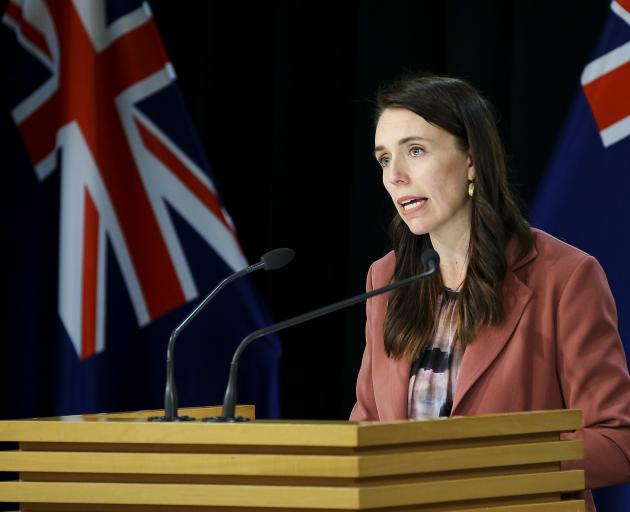 A few hours after the country entered Level 4 lockdown on Tuesday night, four more people linked to the original case had tested positive for the illness, including a fully vaccinated nurse working at Auckland Hospital. Five more cases were reported later in the day.

More cases are expected, possibly between 50 and 120, particularly since the venues visited by some of the people infected include a hospital, a casino and a school.

When the nationwide lockdown was announced, in this part of the world there may have been an initial temptation for some to consider our remoteness from Devonport, where the 58-year-old man first identified lives, or even the Coromandel, where he visited, meant there was no risk for us.

However, as epidemiologist Prof Michael Baker has pointed out, it has proved difficult in the past to close Auckland’s borders. Also, since the Coromandel is a popular tourist area, there is a likelihood the Devonport man had been in contact with people who had travelled to other parts of the country.

We might get sick of hearing the cliche from the PM about the Delta variant being a ‘‘game-changer’’ but the ease with which it can be contracted cannot be overemphasised.

Fleeting contact with someone who has the virus can result in infection.

How quickly it can get out of hand has been all too evident in the sad shambles in New South Wales and Fiji where the early response to outbreaks by authorities was inadequate.

There will be understandable anxiety across the country because there is much that is still unknown (although it has been found the original case has New South Wales origins). All the same, it is disappointing to see that again, despite warnings about the stupidity of this, there has been some panic buying at supermarkets. It was also not encouraging to hear police had been called to shut down a Castle St party shortly after lockdown began.

We would hope the public generally is better at listening to messages around the lockdown.

Yesterday, Ms Ardern announced changes to mask wearing requirements. Now, they are mandatory for anyone over the age of 12 visiting essential services or working within them. Also, they must be worn in bus terminals and taxis, an extension of what was already required on buses and planes.

We hope the public response to this is far better than the haphazard compliance we have observed with the existing requirements on buses.

We welcome the news the vaccination programme is back in business today, halted temporarily, supposedly to allow the district health boards to put their Level 4 contingency plans into place. However, social distancing requirements will mean fewer vaccinations will be completed each day.

Vaccinations, as Ms Ardern says, do make a difference. If those vaccinated do contract the illness, they are much less likely to suffer severe illness or die. But she also advised people to be cautious, regardless of their vaccination status.

If we want this lockdown to be as short as possible, everyone needs to follow the Level 4 rules. With the Delta variant there is no room for complacency. Australia is still showing us that.

I am pleased to read an editorial from ODT that is positive and supportive of the efforts of the authorities to control this outbreak. Particularly your endorsement of the mask mandate.
You are however still very light on pointing out the greatest chance we have, as a country, in bring this outbreak under control. That is, using the tracer app or the sign in registers when out and about. This is in the control of the citizens, not the authorities. It is the one chance we have of getting ahead in the fight.
This along with personal hygiene, mask wearing and social distancing are the weapons, I would have hoped for more emphasis on these controls.