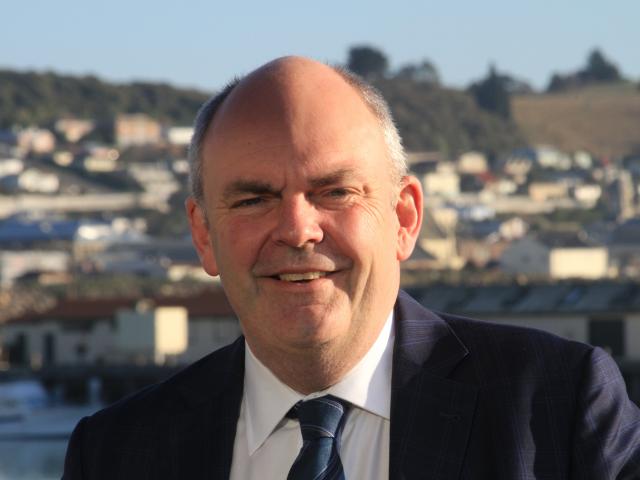 Steven Joyce.
A significant amount of government money is being invested in creating the Centre for Space Science Technology which will be based in Alexandra.

In total, the Government is spending up to $14.7 million over four years for the new institution with additional funding from industry. It will operate as a private, independently governed organisation.

Science and Innovation Minister Steven Joyce says the centre will undertake research to explore the use of space-based measurements and satellite imagery unique to New Zealand to meet the specific needs of regional industries.

It will establish an international satellite data exchange and collaborate with leading researchers and businesses, both in New Zealand and abroad, to design, build and launch New Zealand's first fleet of cube satellites.

In its proposal to establish a regional research institute, the Centre for Space Science Technology presented a strong business case to support the development and growth of New Zealand's space economy by filling critical gaps in the collection and processing of New Zealand's satellite data.

Mr Joyce says a standout aspect of the proposals was the centre also having research hubs in Dunedin, Canterbury and Taranaki, further encouraging research and development and innovation in regional New Zealand.

The Government has been under fire for neglecting regions and, correctly, some regional representatives have been questioning the commitment of Mr Joyce and his fellow ministers to regional New Zealand. The awarding of this significant amount of money proves a good business plan can attract the eye of one of the most influential members of the Government.

Not surprisingly, Central Otago Mayor Tim Cadogan called the announcement a game changer. The deal is expected to boost Alexandra's economy by an estimated $2.8 millon to $3.6 million in the first three years and was up there, next to the gold rush.

Half of the 70 to 80 jobs to be created will be in Alexandra. The Central Otago District Council provided seed money of $20,000 for the project, something which will be repaid time and time again from the establishment of the centre.

Contrast the attitude of the nine members of the Dunedin City Council who quickly showed their so-called green credentials on the same day of the Alexandra announcement.

Those nine councillors voted to call on the Government to place a moratorium on deep-sea oil and gas exploration and extraction. Only four members of the council understood the implications of the vote.

The council is again proving itself to be not business friendly. Sadly, those 11 members do not understand the landscape on exploration has changed.

Three projects remain on the books for this part of New Zealand. New Zealand Oil & Gas has gained permit extensions, offshore from Oamaru; Shell has still not announced the outcome of its New Zealand asset review; and Anadarko is seeking to push its permit obligations out a year and has yet to decide on drilling off Oamaru's coast.

Putting up the not welcome sign enhances Dunedin's reputation of a difficult place to do business. Any benefits through jobs or providing supplies to a drilling rig offshore will go to another city or town.

The days of North Sea booms are over. All Dunedin has to do is provide an indication it is willing to work with the exploration companies.

Then, any benefits from an exploration programme are likely to flow into the city and offset what will inevitably be rising rates. Not all ratepayers can ride a bike to work or buy an electric car.

Congratulations to Alexandra and its commitment to secure a scientific future for Central Otago. The district set the bar high in what it set out to achieve, and it was successful.

Did Donald Trump write this?

Well written editorial. Someone should give the councillors and letter writers who don't want oil drilling a snorkel so they don't drown in their own hypocrisy.

The food they buy at the supermarket, every product they buy, and everywhere they travel, is only possible because of oil. They wouldn't even have a bicycle or shoes without it.

Without it, electric cars couldn't be built or transported here.

Without oil, life as we know it for everyone, would end.

Yes, we are totally dependent on oil, but every additional barrel of oil extracted from the ground will contribute to and exacerbate the impact of climate change. I am prepared to entertain the argument that we should continue oil exploration and extraction in order to enable a transition from a fossil fuel based economy to that of a renewable energy economy. However, even though the implications of Hubbert’s curve and peak oil was well known some 40 years ago, governments and industry did little to promote and direct a diversion of oil from consumption to that of investment in alternative renewable energy sources. Even today we have peak oil deniers and lobbyists with influence at government level who believe that sustainable growth is both possible and desirable. Given human nature, we are likely to continue using oil primarily for consumption. We need to learn how to wean ourselves off from being dependent on oil. Relying on additional oil extraction to maintain our current consumer level of life is akin to the gambler borrowing more and more to cover his debts. At some stage the gambler should face up to his addiction and admit to and concede when enough is enough.