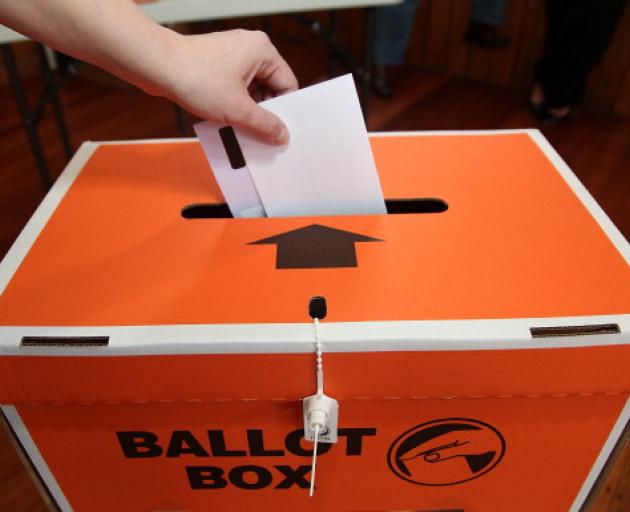 PHOTO: ODT FILES
There is still some way to go before local government representation completely reflects our communities. Suggestions of a "youthquake" or "womanquake" after the elections a week ago may have over-egged the pudding.

Elected members aged under 40 have increased by at least a third across the country, according to Local Government New Zealand, but this will be from a low base.

It was also welcome news that 26 new mayors were elected, the largest number in 30 years, and that nationally the number of women mayors had increased to 20, up from 13 last election. It is expected that the number of successful women candidates has risen across the country, but this will not be confirmed until all members are sworn in. Similarly, at the time of writing, the situation was not clear regarding Maori or Pasifika representation.

There will be glimmers of change across the country, including the Waitaki district electing its first Pasifika councillor, Hana Halalele, but it will not be universal and there is still more than a tinge of the "stale, male and pale" on many local bodies.

Continuing low voter turnout does not help. Eleven South Island councils and the Chatham Islands Council featured on the list of the top 20 councils with the highest voter turnout. In our circulation area, there were four - Mackenzie (60.8%), Central Otago (56.2%), Waitaki (54.3%) and Invercargill (53%). On preliminary figures, the national average for territorial authorities was 48.3%.

Here in the South, there are no women mayors, although Dunedin has a young mayor in Aaron Hawkins.

Five of the 14 Dunedin city councillors are women, which is not that different from 1977 when the city had four women (Iona Williams, Ethel McMillan, Joyce Herd and Jean McLean) on its then 12-strong council. A rough tally of those elected on the various bodies featured in Otago Daily Times coverage indicates women make up about 37% of all successful candidates. After the 2016 elections, about 38% of elected members nationally were women.

Women might be forgiven for thinking progress is glacial, although the Otago Regional Council has an even number of men and women councillors this time, there is an all-woman community board in Twizel, and Southern District Health Board women members outnumber the men, four to three.

Given the rurality of the SDHB area, it is concerning that all seven elected members are urban, living in Invercargill or Dunedin. This differs from earlier boards where members hailed from such places as North Otago, Central Otago, South Otago and Queenstown.

There is certainly no shortage of rural health issues, particularly with regard to sustainability and access to services.

This election allowed southern voters their first opportunity to elect a DHB since 2013, because that board was sacked in 2015 and replaced with commissioners. However, turnout was poor with more than 12,000 blank voting papers returned.

This apathy probably had multiple causes, including voter fatigue when faced with so many bodies to vote for, prospective voters feeling they knew little about many of the candidates, a lack of interest generally, or even the view the board might not make much difference to the way things are going.

Health Minister David Clark will have the opportunity to address the lack of rural representation, and any other gaps he sees in the board expertise, when he chooses his four appointees to the board before it takes office in December.

However the membership plays out, the next three years may be a frustrating experience for the most bright-eyed and bushy-tailed board members. As their guidelines say, while they have an important role in bringing their local community voice to the board table, all board members are directly responsible and accountable to the health minister. His agenda and theirs may not always align.