D is for debt, deficit and default 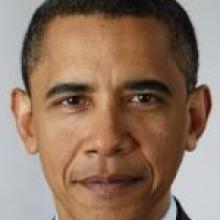 Barack Obama
July 22 is D-day in Washington DC. D for debt, D for deficit and D for default. If the two bitterly opposed major parties that straddle the vast ideological divide in the United States political system cannot come to a compromise and agree to lift the country's artificially imposed federal debt ceiling, on August 2 the Government will be unable to pay its bills and debt repayment obligations.

This default would likely plunge global financial markets into chaos. Ratings agencies would be expected to downgrade the US' credit ratings, interest rates would increase forcing the country back into recession, there would be a flight on the dollar and a second major credit crunch might ensue - with banks scrambling to call in loans.

Worries about the impasse have already pushed Wall Street stocks lower, with one US financial analyst describing the situation thus: "There's a perfect storm happening on a global macroeconomic basis with no debt deal here and the ongoing issues in Europe, and the market is looking at all these things and is fairly anxious."

"Fairly anxious" is a don't-frighten-the-horses understatement. Most commentators are saying a default would be catastrophic with knock-on effects across the globe; others are saying the consequences for the US economy are too drastic for it to be allowed to happen. But there are few signs the hardline small-government, anti-taxes Tea Party elements - that appear to be making the running within the Republican Party on this issue - are listening.

The Tea Party sees itself as having a mission to bring down government: it appears it has no place for any objective analysis of how and why the US is in this economic mess. How did it come to this?

Democrats would insist the crisis has historical origins, with George W. Bush having inherited record surpluses and squandered it on tax cuts and military adventures, and with the sub-prime mortgage fiasco and global financial crisis playing their part, too; the Republicans that essentially "big Government" and unaffordable social spending is to blame.

More prosaically, the debt ceiling - the Congress-sanctioned total amount of money the US Government can borrow - stands at $US14.3 trillion, a limit reached in mid-May and subsequently met by accounting manoeuvres and higher-than-expected tax revenues.

Typically, when the US Government cannot raise the money it requires to meet, for instance, soldiers' wages, or federal pension payments, it sells "debt" in the form of government bonds. To date, these have been purchased by countries with cash surpluses such as China, Japan and the United Kingdom. But now, unless there is an agreement to raise the ceiling, come August 2 the country will not be able to pay its bills.

For some months the Republicans have used their majority in the House of Representatives to block such moves unless its own stringent debt-reduction priorities are met - including up to $US4 trillion in spending cuts and excluding any form of tax increases, or the closing of certain tax loopholes.

President Barack Obama has said July 22 is the deadline for a deal since it would take the ensuing 10 days to formulate and pass the necessary legislation. Yesterday, there appeared to be some light: Reuters reported the White House had signalled Mr Obama could support a short-term increase in the US borrowing limit - as long as it was part of a broader deficit reduction deal (he had previously promised to veto any short-term extension of the $14.3 trillion debt limit).

It was reported Mr Obama's new stance was made possible by a proposal for long-term deficit reduction from a group of senators known as the Gang of Six, which had revived hopes in Washington that a broad agreement on spending cuts could be reached.

The omens for a resolution had not previously looked especially good. The Federal Reserve has reportedly been actively preparing for the possibility of default. The implications of such a state of affairs reach well beyond the country's borders.

No-one can afford to be complacent about the extraordinary situation in the United States. An unprecedented default, when aligned with the various debt crises in the euro zone, is likely to ratchet up the cost of borrowing worldwide, including in this country, and threaten New Zealand's own economic recovery.

It must be hoped that common sense and compromise prevails.