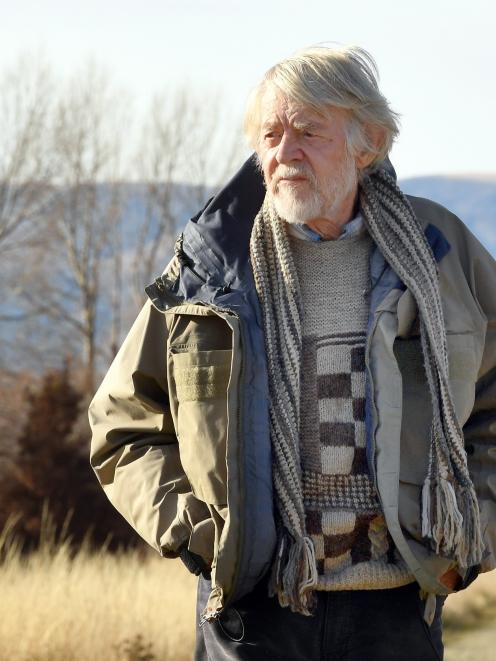 Brian Turner. Photo: Stephen Jaquiery.
There  is a pleasing sense of grassroots recognition about the list of citizens from the South to feature in the annual Queen’s Birthday Honours list.

There will always be a couple of highly prominent figures to receive letters after their names, and so it will be in 2020.

Few, for example, are unaware of the immense contribution made to New Zealand literature by estimable Oturehua wordsmith Brian Turner. His poetry, prose and sporting biographies have earned him a place in our country’s literary Pantheon, and it perhaps came as something of a shock to discover his list of honours, nearly as long as all of his books combined, did not until now include a national gong.

So, too, does the great Joan Harnett-Kindley need little by way of explanatory biography. The netball pioneer was one of New Zealand’s first superstars in the sport, effectively named the country’s greatest player of the 20th century, and later became a hugely influential figure in the real estate sector.

Cilla McQueen has had great acclaim as a poet, Jim Tomlin was head of the Dunedin School of Art for 24 years, and Tony Lepper was in the news most days when he was mayor of Central Otago for two terms.

However, it does not detract from the worthy recognition accorded to high-profile people to say some of the real gold in an honour’s list can be mined further down.

Invercargill doctor George Ngaei’s story — decades of dedication to health and the Pacific Island community — is compelling, as is that of Lawrence women’s groups stalwart Avis Rishworth.

Finally, two wonderful community figures whose stories feature in this newspaper offer perhaps the most enlightening examples that a national honours list can provide a worthy hat-tip to some whose work often goes otherwise unrewarded.

Alexandra volunteer Billie Tohill has, almost literally, done it all, and Ranfurly character Ewan Mason has shown great skill on the bagpipes, the microphone and the fire hose.

Nationally, the honours list was pleasingly split — 51% men, and 49% women.

Not everyone is sold on the national honours system. Indeed, there has often been criticism that, at the top end, they entrench elitism. This year, there might also be some analysis of why, when New Zealand is renewing its focus on manufacturing and primary industries in a post-pandemic world, people from those areas are consistently overlooked.

Nevertheless, the majority of people recognised are not simply there because they are ‘‘famous’’, or wealthy, or friends with the right people.

They are getting a good old pat on the back for giving back to their communities. And that is a nice pick-me-up after tough months under Covid-19 restrictions.