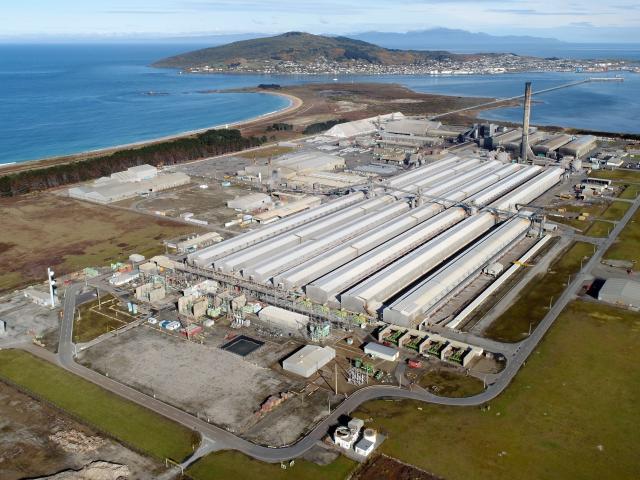 Finally, six years after the dross began to arrive at the former paper mill beside the Mataura River, agreement has been reached to fast-track its removal.

The work has begun, and it is supposed to be all trucked to Tiwai by the end of April. It will eventually be exported.

This is, of course, a saga that should never have occurred. It is staggering that a potentially toxic substance could be stored on the banks of a major river in the middle of a town. The ouvea premix can generate poisonous ammonia gas when exposed to water.

A total of 10,000 tonnes of the premix had been sitting in sacks in the mill.

Concerned residents will not believe their front-door peril has disappeared until it actually goes, given the history.

This time, though, grounds for optimism are strong. An agreement was reached after 12 sessions of court-mediated negotiation over many months between the smelter, the Environmental Defence Society and the Government.

The dangers were especially apparent in February last year when water from the flooded river entered the mill, and again in July when a sprinkler burst. In 2018, Gore District Council chief executive Steve Parry said Mataura had come close to environmental disaster during a flash flood.

Mataura residents, understandably, were anxious every time it rained heavily.

The dross was taken over by Bahrain-based Taha Asia Pacific, and it began storing the premix in the mill in 2014 without resource consent.

Concerned locals heard about this, and retrospective consent was given subject to a $2.6million bond. Taha went into liquidation in 2016 and the bond was never paid.

An agreement was reached between all the affected parties to remove the waste, beginning in 2019. But this was expected to take years, far too long.

A handshake deal was then brokered for much quicker action with the chief executive of New Zealand Aluminium Smelters and announced through the Gore District Council. But the smelter’s ultimate owner, the world’s largest mining company, Rio Tinto, rejected the deal.

Parliament has been petitioned, and it was pointed out that such hazards in Wellington or Auckland would never be tolerated.

The local Sort the Dross campaign and its spokeswoman, Laurel Turnbull, continued their protesting, while the Environmental Defence Society took the smelter to the Environment Court. It was joined in the action by the Ministry for the Environment.

The society argued the smelter, the polluter, was still responsible for the premix, and could not palm that off to a third party.

Last week, a pragmatic agreement was announced. Both the smelter and the Government are contributing $500,000 for the premix to be moved urgently.

The society did not get its court declaration against the original polluter, but declared the result pragmatic. While it also does not seem fair the taxpayer had to make a large contribution, a liveable outcome had been achieved.

It is via a judicial settlement process, giving it added authority.

Some of the premix had been shifted already under the expensive earlier agreement for dross stored around Southland. About 8000 tonnes remains in Mataura.

Years of efforts, protest and pressure have been needed to achieve this result.

The citizens of Mataura have every reason to be have been horrified and annoyed. In less than three months, hopefully, they will be able to live and sleep without the worry of poisonous gas polluting their town.

The nightmare should be over.