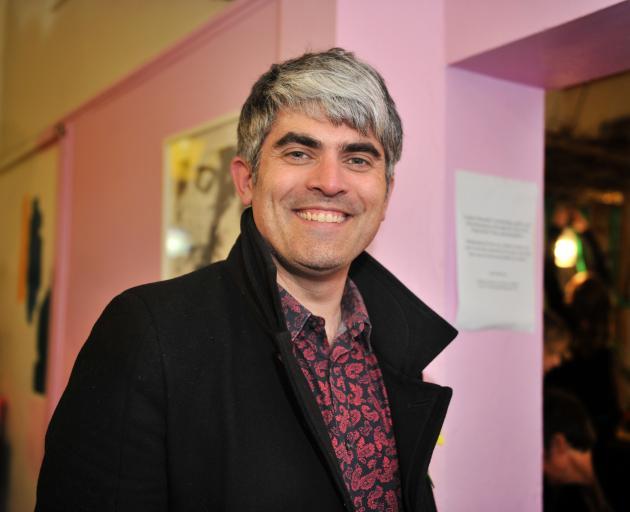 Mr Hawkins' election will see a continuation of Dunedin's progress on contentious initiatives, like the waterfront development, cycleways and George St's redevelopment.

If the public ever wanted to have its say on who should lead the city, and what direction it should take, this was the time to do it. Just 45.6% of eligible Dunedin voters bothered to vote, a marginal increase from 45.2% at the last election.

Three-term mayor Dave Cull opted not to stand, leaving the mayoral race effectively a shootout between Mr Hawkins, a supporter of Mr Cull, and Lee Vandervis, a long-time adversary of the former mayor.

Mr Hawkins has indicated he wants to continue with progress made in the city over the last six years, but it is vital he forges his own pathway in the top job. If successful, he could be in for a long stint in the role.

He has proven himself to be an intelligent and hardworking councillor and the city can expect more of the same from him now he is mayor. However, he must listen to ratepayers and not let his Green Party roots, which can polarise some, sway his views.

What is best for the city must remain his mandate.

Cr Vandervis was quick to blame others - including the media - for his lack of success.

But clearly his divisive nature and disruptive approach counted against him. With no incumbent standing, this was Cr Vandervis' best opportunity to become mayor.

Cr Vandervis was the highest polling councillor, as he was three years ago. It seems voters are happy to have him sitting at the council table but taking over the mayoral chains is considered a step too far.

Voting showed Cr Vandervis led the mayoral race early but as the Single Transferable Vote (STV) system kicked in he was overtaken by Mr Hawkins.

This was further evidence that when it comes to Mr Vandervis there is little middle ground for some voters; they either like him or they do not.

No-one can question his passion for the city. But if he is to ever claim the top job he must show he can work positively alongside his colleagues rather than constantly battling with them.

Perhaps Mr Hawkins could come to the party this term and give the experienced Cr Vandervis more responsibility at committee level and see what he is capable of.

The dynamics of the city council will be intriguing but the balance looks roughly the same as the last term. Overall, it is likely to be more of the same with centrist, left and green voices around Mr Hawkins and the council's dominant view on issues like the effects of climate change or cycleways.

Dunedin was the only electorate in the region to get a new mayor.

In Invercargill, the drums had been beating for change but Tim Shadbolt was elected for his ninth term as mayor. Confirmation the 72-year-old still has plenty of supporters in the deep south.

Is this how the media mean to go on, attacking Vandervis. You already have your man in where you wanted him but continuing to attack makes you a bit of a jerk.

Media? Whom are you addressing? One organ, two conduits?

An overrxageation to say "most people believe city headed in the right direction" when a measly 41% of it's poulation voted don't you think? Hawkins election reflects votes by 12% of the dunedins population. I would argue people have given up on the elections process and are sick and tired of holding their noses every time they vote. You can say what you like but people going into politics aren't the best and brightest.

So I'll say what I like and disagree with you. You need to see the workload they have and watch them in action to understand that what's in the media does not always give the true picture of their 'best' & brightest.

'No-one can question his passion for the city. But if he is to ever claim the top job he must show he can work positively alongside his colleagues rather than constantly battling with them.'
Lol, good one....
Can the old dog learn new tricks before he is 67 at the next election to take on a 38 year old with one year as mayor under his belt???
A snowfakes chance in hell, would be a good bet.

I'm glad Dunedin voted for a candidate with a conciliatory approach rather than an adversarial approach. I wish Mr Hawkins success for the next 3 years.