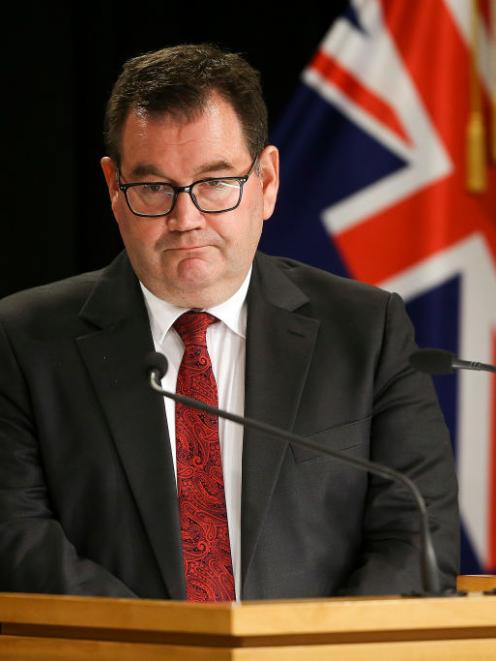 Grant Robertson. Photo: ODT files
Good news — unless you are a woman, Maori, Pasifika or under the age of 30.Statistics New Zealand made something of a splash last week when it released the latest New Zealand unemployment figures.

They revealed, unexpectedly, that the December jobless rate — tipped by some to feature a decent spike due to the long tail of Covid-19, and the reality of life after government wage subsidies — had dropped from 5.3% to 4.9%.

The reaction in the immediate aftermath of the news was excitement bordering on gushing.

Westpac chief economist Dominick Stephens said he was ‘‘absolutely flabbergasted’’ unemployment had dropped to that extent, and Stats NZ work and wellbeing manager Becky Collett said the figures meant New Zealand had the fifth-highest employment rate among 15 to 64-year-olds in the OECD.

Finance Minister Grant Robertson said the figures were ‘‘positive’’, certainly when judged by the doomsday predictions of a rate as high as 10%, and that the Government’s focus would stay on “keeping the economy moving in the right direction and building back better” by investing in education, skills and training.

In The New Zealand Herald, business editor Liam Dann pointed to the construction boom as a key factor in the fall in unemployment.

‘‘But underpinning all that,’’ Dann wrote, ‘‘it confirms that New Zealand’s response to the Covid-19 pandemic has been an utterly outstanding success. A strong health response was the best economic response. That argument is settled.’’

Like anything, the numbers do not tell the whole story.

While it is indeed excellent news the overall number of unemployed people in New Zealand dropped by about 10,000 in the December quarter, some other numbers make disappointing reading.

Female unemployment continues to be slightly out of whack — numbers fell by 5000, the same as men, but the female rate is 5.4% versus the male rate of 4.5%.

These numbers tally with the theme of Covid having the biggest effect on industries typically dominated by women, Maori and Pasifika.

It is hard to disagree with CTU economist and policy director Craig Renny, who — while pointing out the number of people unemployed was 21.9% higher than a year ago — argued the Government needed to be doing more to address that sort of inequality.

Closing the gender and racial gaps are ongoing challenges that must not be shirked.

Covid-19 does not discriminate when it comes to infection, but its economic effects have not been shared equally.

Recognising, and taking steps to address, that fact remains a challenge at the top level.

More must be done.

The gender and race differences in unemployment figures are not new, they have always been there and in that respect are unsurprising. It is also unsurprising that those figures should fluctuate unusually when the country is in the midst of a world pandemic. It is a new situation, every one is feeling their way tentatively.
I was surprised though, by your assertion that "more must be done". More must be done by whom?
Perhaps employers should do more. Take a greater risk and employ additional people. That means more wages going into the economy, more spending, it may just be the push needed. Perhaps if the ODT took on a few more female and ethnic reporters and subbies that would help.
Perhaps the unemployed themselves should do more to help themselves. Get an education, change the industry they normally work in, do voluntary work, move to locations that advertise more vacancies.
Perhaps you mean the Govt should do more. That would be unusual as a return to socialism would be unwise. I doubt you are suggesting that as almost everyone agrees that socialism is a failed strategy. NZ moved away from it 40 years ago and has never looked back.
Who should do more and more of what?