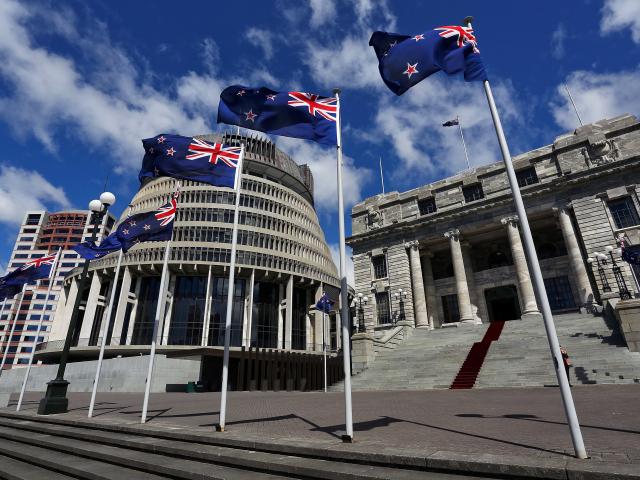 Photo: Getty Images
When both the major parties agree with changes to Parliament itself, suspicions are heightened. What is in it for them? Will it be good for the wider public and democracy?

The likes of extra state funding for political parties, increases in MPs’ salaries and the continued exclusion of Parliamentary Services from the Official Information Act can be seen as such examples of self -interest.

During one of the pre-election television debates, both Labour and National’s leaders backed extending the parliamentary term from three years to four. Then, this week, a Research New Zealand survey reported 61% supported such a change. Only about 25% were against.

What a contrast to the 1967 and 1990 referendums when electors by wide margins rejected the longer term.

The fundamental argument for four years is that the extra time provides more opportunities for both better and longer-term policy. As it is, a new government can spend the first year settling in, the second working on a way ahead and the third preparing to go to the polls again.

Short-term and quick-fix policy is encouraged. This is in the face of mammoth challenges like accelerated climate change, a long-term housing crisis and the rapid growth of a mountain of debt.

Any measures enacted take time to impact. An additional year gives voters a better chance to see what is going on. As well, the convenient excuse of blaming the last government loses more of its legitimacy.

Parties themselves, under financial strain and with limited reserves of energy, have more time to regroup and recharge for the next tilt at power.

The public service, too, has more space to work with the Government, to prepare reports and advice, to also plan on longer time-frames.

Sir Geoffrey Palmer once summed this up by calling the three-year term the “greatest enemy of good policy development and good law”.

New Zealand is in a small minority with three-year election cycles. Of the countries with parliaments, 103 have five-year terms, 74 have four-year terms, and only nine have three years.

But, as the University of Otago’s Andrew Geddis, a constitutional law expert, has pointed out, New Zealand does not have the safeguards of a written constitution, courts that can overturn legislation or a second house of Parliament.

New Zealand power is concentrated through Cabinet, as well. And, with more ministers appointed these days, the small group who make up inner Cabinet becomes all the more important.

The fundamentals and funding of the likes of education and health are not delegated to local levels, and New Zealand lacks, as is appropriate for a small nation, power devolved through a federal system.

What this country does have is the ability to kick out a government after the relatively short period of three years. The will of the people can be expressed before too much damage is done. This is the ultimate and rapid accountability.

Nonetheless, the mood could be changing.

MMP has ameliorated the potential for rampant power evident under first-past-the-post. Power-sharing is almost always needed.

Even as this Parliament begins, Labour — governing alone — is inclined to caution. It knows this year is exceptional and it needs to hold middle New Zealand.

Perhaps, voters already recognise three years is too short. The last one-term government ended in 1975. It seems fresh governments are given a good chance. A full nine years seems the recent norm.

The three-year cycle is too short. Effective government is undermined because preparing for the next election is always just around the corner. It is time for change.

4 years isn't such a bad idea, just get rid of PR and the ludicrous list MPs that nobody voted for. And as for separate Maori seats- why, when all have the same right to stand and vote?

4 Years is a great idea. However, getting rid of proportional representation and list MPs is a bad idea. NZ has a unicameral parliament. Under the old first past the post system we had minority Govts all the time and there was no way of moderating the activities of the Govt in power. The Cabinet and the Prime Minister had dictatorial power. The worst example was Muldoon who almost destroyed our country with his "I know best" brand of socialism.
Under Proportional Representation most Govts are formed by way of coalition. The coalition partners put a brake on each other in terms of implementing policy. That means greater discussion in the community, more compromise and more balanced policy implementation.
Admittedly the current Govt has an outright majority but, at least at present they are proceeding with a coalition and following the spirit of consultation and compromise. If they lose this spirit they may find their grasp of the Treasury benches will slip from them.
Separate Maori seats! Your position on this stinks of racism. The Treaty of Waitangi is why. It is real, it does mean something, and there has been a long history of the white majority abusing it.

The thing about the treaty is that all parties that signed it and Queen Victoria are now all dead. Are we to continue to serve dead people?