Photo: ODT files
People unconcerned about planning how to pay for their funeral, on the grounds they will be dead and therefore impervious to any criticism from family or friends, may not be sympathetic to 2300 people affected by a bereavement fund closure next month.

However, many will be able to relate to the distress of those who participated in NZCU’s Credicare service expecting their funeral expenses would be met, particularly those who may have few options to cover such costs and who do not want to saddle their families with the bill.

Under the Credicare service, participating members had money deducted from their accounts when a fellow member died and that money provided a bereavement payout to the deceased’s family.

Families would receive an amount which, in recent time, was $10,000.

It seems many participants relied on this to cover their funeral costs.

Presumably, the scheme could have continued if those dead members were being replaced by more and more new contributors, but that was not the case, and, as participants aged and died the scheme was being called on more often and it became unsustainable.

Quite why this situation was not predicted years ago is hard to fathom.

It is difficult to tell from what has been revealed so far about this, whether the society could and should have done a much better job of communicating the issues about this scheme earlier. Nor have we any idea how much money those who had been in the scheme for decades might have paid out. Was closing it the only option? Was any consideration given to continuing it but with a smaller payout than $10,000?

The offer to members 73 years and older of a piffling one-off payment of $50, described as a gift and a small gesture of the members’ support over the years was understandably regarded as an insult by members. Another offer which would result in funeral plans premiums being paid for three months seemed a similarly hollow gesture since these premiums were much higher than the contributions made through the bereavement fund.

It is not the first time attention has been drawn to the issues around schemes involving funeral expenses.

Last year Consumer NZ reported on a case where a woman paid almost $19,000 in funeral insurance premiums for a policy worth $10,000.

Funeral policies which resulted in customers paying thousands of dollars more in premiums than the cover were overhyped and oversold, Consumer said.

Marketing of policies risked misleading consumers about the cover, could require premiums to be paid until the person is 90, but without disclosing the lifetime costs, and there was no refund if people cancelled.

The marketing of funeral policies plays on people’s fears of being a financial burden to their surviving family members, but it can be expensive.

Consumer has been keen to see changes to consumer laws to stop companies selling funeral insurance and other insurance products which have unfair terms and provide poor value for money.

In November 2019 the Government agreed to reform insurance contract law which would include strengthening protections for consumers against unfair terms in contracts.

So far, it has consulted on an options paper for the review and an exposure draft Bill is expected to go out for consultation soon.

In the meantime, Consumer’s advice is if you want to put money aside for your funeral costs, the simplest option is setting up a savings account. That way you have control over your money and get to keep the interest it earns.

Those who might rather buy a funeral policy should check whether it requires more in premiums than it will ever pay out. 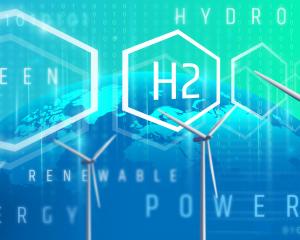 Messy business dying. For those you leave behind. From these "insurance" scams (of course the whole point is for you to put in more than you get out its not a business if you don't make profit so the members of NZCU are finding out exactly the depth of thought and fiscal management in credicare) Then there are legal agents (public trust and lawyers) delaying the pay out of wills for many years ( my friend only had $8000 in the bank and one recipient no movement a year later another had a house and 3 recipients 3 years and counting) Public trust has a four day work week. Survivors have pain and more pain. Then crematoriums with forms asking what the deceased's occupation and residence is. I put dead and fridge. They didn't like that. This whole industry needs a good kick up the jaxy.