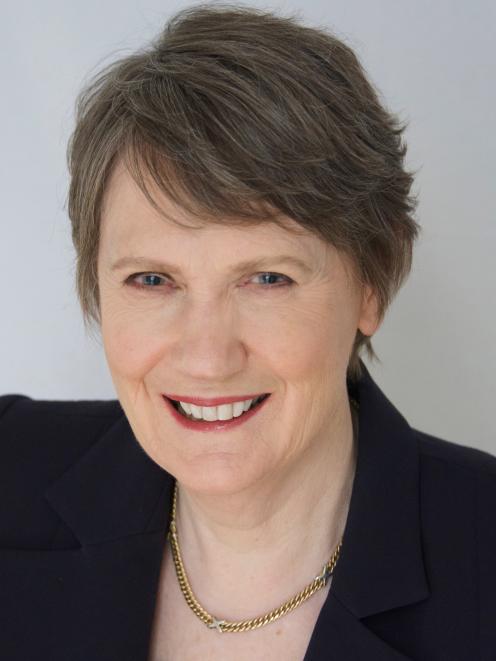 Helen Clark. Photo: supplied
There are few surprises in the second report from the independent panel set up by the World Health Organisation (WHO) to evaluate the international health response to Covid-19.

That is not to suggest that this group, co-led by our former prime minister Helen Clark and former Liberian president Ellen Johnson Sirleaf, should be ignored. On the contrary.

The eloquently written 34-page report does not mince words about the shortcomings uncovered thus far. It criticises China for not applying public health measures more forcefully in January last year, the tardiness of the WHO for not referring to the situation as a pandemic until March 11, and the limited effectiveness of international bodies, including the fact it took the United Nations Security Council until July to agree on any response resolution and "even then it was limited in scope and ambition".

Prioritising health or prioritising the economy has proved to be a false dichotomy, the report says, pointing out that so far economic outcomes have been better where strict public health control measures were implemented effectively.

While the panel recognises the pandemic is ongoing and long-term effects are not known, it considers there is sufficient evidence strict public health controls will leave economies at least no worse off than those not carrying out such measures, while "averting significantly more death and illness".

It also points out there is evidence that unless people feel safe, they are reluctant to engage in key economic and social activities.

The report emphasises the need for a cohesive international response which does not leave behind the poorest countries "suffering the greatest collateral damage".

"Despite the myriad shining examples on every continent of human ingenuity in response to the virus, we have failed in our collective capacity to come together in solidarity to create a protective web of human security."

The report might give those clamouring for an early vaccination programme here pause to reflect on the fairness of that. As the report says, the "blossoming of hope" from the vaccination introduction has been "blighted by the manifest inequity in plans for vaccine rollout".

The panel states the obvious when it says the potential of vaccines cannot be realised "if narrow national interests and economic power determine who gets access, instead of basic principles of fairness and ensuring that allocation will optimise their public health impact".

The pandemic response has not been helped by the fact the virus broke out at a time when, as described by the United Nations Secretary-general, geopolitical tensions were at their highest this century.

"The virus has thrived on division, and the resultant pandemic has exacerbated tensions and undermined multilateral action just when it was most needed," the panel says.

In its work the panel reviewed the reports of 12 commissions and panels from 2011 onwards assessing gaps in pandemic response, but while these consistently came up with plans for reform involving strengthening the WHO’s role to lead and co-ordinate responses, no comprehensive reform occurred. The panel found this failure to make fundamental change, despite the warnings issued, had left the world dangerously exposed, as the Covid-19 pandemic showed.

The panel does not want to present "yet another report to sit on the shelves, leaving historians to ask what if its recommendations had been heeded". In its final report, due in May, the panel will outline its proposals for a new global framework to support prevention of and protection from pandemics. The panel believes such a global reset is achievable, but it will need the global community to come together with a shared sense of purpose, with all committed to transformation.

We look forward to that report and its recommendations, but it is hard, at this distance, not to feel herding cats would be more straightforward.

A global response must sideline nationalism, which would have the World die to be saved from the UN.

The warning signs of the threat posed by infectious disease had been ignored for the past 15 years, with disastrous results, widening the gap between nations in terms of health and wealth.
Governments and businesses are still failing to address long-term risks but the pandemic has shown that ignoring the dangers did not make them less likely to happen.
The top five risks in terms of impact according to the World Economic Forum are infectious diseases, climate action failure, weapons of mass destruction, biodiversity loss and natural resource crises.