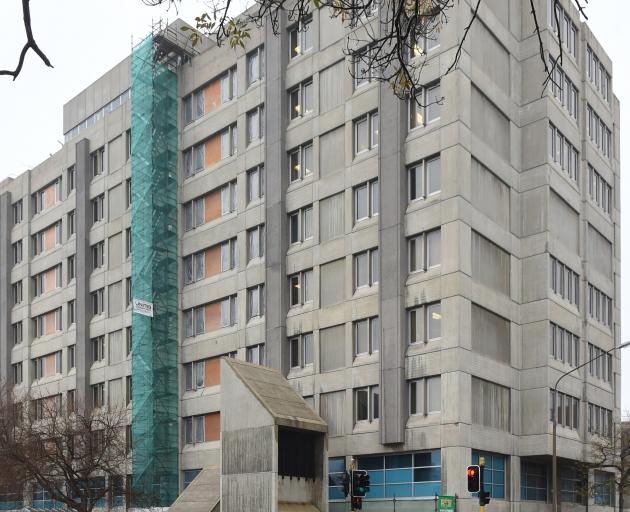 Dunedin Hospital. Photo: ODT.
There is undoubtedly excitement, satisfaction and relief after the Government's release of its (more than 100-page) indicative business case for the Dunedin Hospital rebuild and announcement of some of the major details.

There are concerns, however, as not all the questions have been answered. And, of course, there is no small measure of cynicism given the timing. Some will view it as shameless, coming only weeks out from the general election.

Nonetheless, this newspaper, which has been among those in the city and region pushing for speed, depth and clarity on the issue, is pleased some concrete commitments are at last being given. The pressure appears to be paying off.

The announcement the Government plans to build a totally new hospital on a different site is great news. Who can argue with a state-of-the-art hospital worth $1.2billion to $1.4 billion? To consign not only the decrepit clinical services building to the history books, but the ward building too, is sweet news indeed. It is recognition the concerns have been taken seriously and, rather than a Band-Aid, a full surgical makeover is necessary.

A different site also means current services will not be disrupted during construction, which would have been a logistical nightmare for staff and management and undesirable for patients.

However, there is still uncertainty around the other major factor - location. The Government has clearly acknowledged the public's desire for a central-city hospital, now saying that is its preference, too. Yet, the fact it has not ruled out the Wakari Hospital site is unsettling.

Many consider the problems with that location to be insurmountable: general convenience, access during winter when the hill suburbs are icy and snowbound, the cost of buses or taxis to the area, and the loss of connection with the university and medical school.

It is to be hoped the delay in that decision is down to the logistics involved with finding the necessary central land and negotiating the best possible price for the taxpayer, rather than because the Wakari site is still seen as a viable option.

And there is another important matter. The Government is considering funding the rebuild and running the hospital - or at least some services - through a public-private partnership model. There are strong arguments on both sides.

Financing such a significant project takes the pressure off taxpayers, particularly in the area of health, which has high demands nationwide. In theory, private businesses can be more efficient.

On the flip side, the drive for profit and efficiencies could be at the cost of services.

The Government is saying its PPPs with schools have worked well, yet many will point to the problems with prisons here and similar health partnerships overseas to question this model.

There are also concerns about the erosion of democracy in the South. With Christchurch under significant government powers as it goes through its rebuild, Environment Canterbury still under a partial commissioner team, and our own district health board under a full commissioner team, what is the public appetite for such private intervention in our main hospital?

At least there is a firmer timeframe now, yet many will not be pleased with the completion date of 2027, given the delays so far. And, of course, the whole plan is conditional on voting National back in. There will be cynics who know the Government could have made the commitments at the start of one of its past terms and therefore ensured the process began sooner. With Labour surging in the polls, and promising to build a new hospital faster and without private deals, southerners have a choice of options and the perfect time to make their voices heard.