It has happened yet again.

Officials and the Government have been caught misleading the public.

Such false information destroys public trust. Soon, it could be not just hardcore conspiracy theorists and anti-vaxers who disbelieve official utterances. The malaise is spreading insidiously, and we are the worse for that.

New Zealanders are generally a trusting lot. We like to believe what we hear, and we like to co-operate. These attributes helped us get through Covid-19, even if trust was battered by false assurances about testing of MIQ arrivals and, later, of border workers.

A serious further instance of being misled was revealed this week by the Auditor-general. The $13.3billion wage subsidy scheme was seen as positive, and part of its success was its speed out the door. That relied on high trust, which should have been far better mitigated in the aftermath of the payouts. 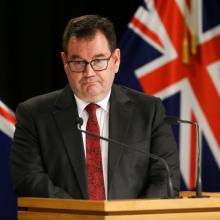 Grant Robertson. Photo: Getty Images
As far as we, the public, were concerned, the subsequent checks were happening. For example, as early as April 20 last year, a statement in the name of Finance Minister Grant Robertson and Social Development Minister Carmel Sepuloni said the Government was prioritising the audit process for businesses where complaints had been laid.

The Ministry of Social Development had completed 2435 random and targeted audits. Any criminal prosecutions would be led by MSD.

It turns out audits have been anything but. And there have been no prosecutions.

The Auditor-general now says he did not believe MSD had determined the scale of the problem. He criticised the department for labelling their low-level checks as audits when they clearly were not. In most cases, the Office said, reviews did not involve substantiating the facts using independent, or at least documented information.

Basically, companies were just rung up and asked if they complied with the rules. Whenever questions were raised over the past year, the public was assured audits were taking place. So, who do we blame for another case of government false information?

Officials, perhaps in conjunction with their own and government spin doctors are massaging information to try to make it look good. Ministers, meanwhile, are going along with this, or at the very least not asking proper questions.

Too often, we are having to rely on journalists, the Opposition or an agency like the Audit Office to reveal the truth about what is occurring.

Such behaviour is all too common among the public (sometimes non-public) service, and it goes back before the life of this Government. It has, unfortunately, become part of the culture.

Government departments and arms of the State are becoming more and more politicised, more and more protected by communication guards manipulating information to make it look better, or even different from, what it actually is.

No wonder we become cynical about statements and responses to questions and the withholding of information.

Surely, we can avoid going down the United States path of politicised senior public servants who have to change with each administration.

The no-surprises policy is, in part, understandable. Ministers do not want to be landed in awkward places among a pile of bad news. But it would be so much better for all concerned if public servants, local government employees and health board staff (for the time the boards survive) could tell us the public as their paymasters and employers what is actually happening.

That often will be uncomfortable. And the media and the public have a role in accepting the imperfections of decision-making and delivery and temper unrealistic expectations.

All will always be far from perfect. But, please, the cover-ups, the exaggerations, the mistruths and all the spin corrodes public trust and confidence and undermines our democracy.

As it is, how much faith should we have in the next official statements from Mr Robertson and Ms Sepuloni or from MSD? How much is spin? Even, how much veracity can we give to many of the facts?

We need to be cognizant of these facts! Well written.

"Officials and the Government have been caught misleading the public" happens all the time no matter which govt in in power, this govt mislead us when they said they would build 100.000 houses and do more for those on the bottom via the WEAG group, haven't seen any of that happening yet.

The only proforming department in Labour is the PR department. Isn't Jacinda uni educated in this.... Yep she is..

Spin doctors, I wonder who the high ranking Labour Govt member is running that ship?
Would it be someone with a University degree in that kind of thing, highly likely.
Well It's Jacinda at it again then.
A shame she doesn't put as much effort into her promises as she dose PR which is the only Dept that actually proforms.