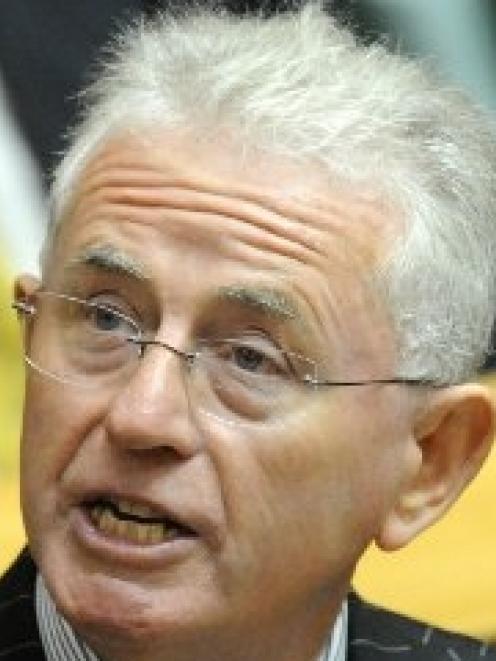 Michael Cullen
On Sunday, October 12, 2008, at the peak of the global financial crisis, the then Government implemented in the space of a single day the Crown Retail Deposit Guarantee Scheme. That, as it transpired, was during the dying days of the last Labour-led administration. Helen Clark was Prime Minister and Dr Michael Cullen the Minister of Finance.

The Reserve Bank and the Treasury helped ministers devise the scheme. It was Treasury's brief to implement and manage it. In the first instance, the scheme sought to avoid a flight of funds from New Zealand to Australia, which was about to announce its own plan.

More generally, its purpose was to underpin the banking system in this country by guaranteeing investor deposits.

There is a connection between these two events: the retail deposit guarantee scheme itself.

Bennett forged client lease agreements and presented these with loan requests to SCF, which had been admitted to the deposit guarantee scheme. Altogether he did this several hundred times, on occasion with other finance institutions. Some of the money he used to pay back existing loans - Ponzi-like - and some he lavished on himself: international travel, luxury Sydney apartments, the company of female escorts, designer clothes and apparel, and other accoutrements of a champagne lifestyle.

These threads unravelled during Bennett's trial. But there are other insistent questions relating not just to this case, nor to the intricacies of SCF's collapse - why did it not more closely inspect DataSouth's applications, for instance - but specifically to the design and management of the deposit guarantee scheme.

For the record, no banks accepted into the scheme failed, but of the 30 finance companies admitted, nine had collapsed by late last year. And the Crown had paid out about $2 billion to more than 42,000 depositors, with the expectation that about $0.9 billion or so would be recovered.

There are lessons to be learned from the failures and gaps in the scheme which, while successful in preserving the integrity of the New Zealand banking sector, cost the taxpayer in the region of $1 billion gross. Could the losses have been better contained? Why was the Government not alerted to accelerating risk to the taxpayer earlier than it eventually was? Was the design of the scheme, which ended on December 31 last year, faulty, or were there lapses in its monitoring by Treasury?

Answers to some of these questions have already been hinted at in the report of Auditor-general Lyn Provost on the Treasury's role, delivered late last year. The issues she identifies demand further scrutiny. They include SCF's loan portfolio expanding 25% in four months following the introduction of the scheme - rapidly increasing the taxpayer's exposure to risk (but this was not reported until the scheme had been running nine months); Treasury appearing to have the attitude it should not interfere with the workings of the market - even if this meant ignoring potentially escalating risks to the taxpayer; governance and reporting frameworks should have been stronger; strategic options alongside unfolding risks were in short supply. And so on.

As this newspaper has reported, Labour members of Parliament's Expenditure and Finance Committee, the responsibility of which it is to canvass such matters, have made a case for Treasury to appear before it. The Government has parried this, giving no clear or reasonable explanation as to why.

Losses to the taxpayer arising from the scheme have been vast.

Events in Europe over the past week have shown the global financial system is still highly volatile.

For New Zealanders to have confidence Treasury will manage such situations according to best practice, its processes need to be investigated. The department may be found to have acted appropriately in the circumstances, but unless it is required to answer to Parliament, there may remain suspicions otherwise.