It seemed on first sight a somewhat ludicrous move by the Otago Regional Council, to insist on forging ahead with a proposed 9.1% rates rise when the nationwide economy is tanking, thanks to the Covid-19 crisis.

Seven of the 12 elected regional councillors felt compelled to write a letter to their chairwoman, Marian Hobbs, asking the council to “re-evaluate its policy and financial priorities for the next 12 months”.

Ms Hobbs’ reply was that, as the council had unfortunately not had time for an emergency meeting to make changes to its annual plan, the proposed rates hike could not be amended before going out to the people of Otago for their input.

This seems to send the wrong signal to a region which is already reeling from a rising number of cases of Covid-19 and the impact that will have on its economy, primarily tourism.

Ms Hobbs is right to say the level of the projected rates increase will be “adjusted through the normal consultative process”. But would it not have been better for the council’s reputation to show some prudent fiscal leadership first? And how much wasted time and effort might now be involved, with members of the public making the same points repeatedly?

At a time when the Government has been handing out vast amounts of money to those businesses and individuals already struggling, local councils find themselves in a bind as they begin to set rates, and take money off their ratepayers, for the year from July 1.

As well as ensuring essential services continue to be provided, local authorities need to have some money in the bank to carry out urgent and aspirational projects, ones which go beyond just doing the drains and actually make life brighter and better for those in their communities.

Unlike the regional council, the Dunedin City Council is actively considering a rates freeze, with Dunedin Mayor Aaron Hawkins wanting in its place to borrow the $10 million the proposed 6.5% rates rise would have generated.

City councillors appear to be united on the freeze idea, with Cr Lee Vandervis also suggesting there should be no penalties if residents want to defer paying their rates for a year.

However, more disputatious is the question of borrowing that $10 million instead to carry on with capital projects. Cr Vandervis believes all non-essential council work should be shelved for 12 months except for infrastructural projects including drainage, which would help to support local engineering and contracting companies.

The mayor says while he thinks lifting rates from July is an “increasingly difficult proposition for a growing number of people”, it is not the time to be “slashing public spending”.

As the largest projects were funded across several years, it meant a one-year deferral made little difference. They were also important to the city’s economy, Mr Hawkins said.

The council was also saving money where it could, with senior management taking voluntary salary cuts, new appointments now on ice and a pruned-back travel budget once the lockdown lifted.

Cr Andrew Whiley also thinks investment in the community is vital – even with a recession knocking on the door – and that residents are frustrated at the lack of money being disbursed into their neighbourhoods.

The Taxpayers’ Union has waded into the debate, welcoming Finance Minister Grant Robertson’s expectations voiced at an epidemic response committee meeting yesterday that every council — bar the Otago Regional Council it would seem — will now be discussing a rates freeze.

This is a difficult time for local authorities, as it is for all of us. In spite of all that is happening, we still expect our councils to take away our rubbish, provide a reliable supply of clean drinking water and offer a — curtailed — public transport service.

Councils are major employers and organisations filled with good ideas, though efforts to turn those into reality often end up mired in the bureaucratic swamp.

They have to be in the vanguard of the recovery, when it comes, and need enough funding to ensure they are. 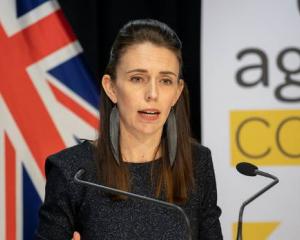 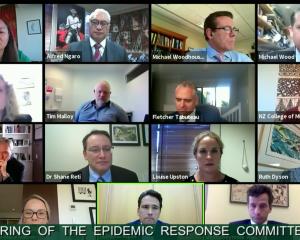 Yes, essential services but reshuffling George St is not one of them.

The solution is simple. The council can only ask for the money. If we don't pay it they will have to wait. If they have to chase the money, it will cost them.
We, the rate payers, can be nasty Bast%*#@ too.

Here is their email contact.
Let them know what you think of their attitude.
https://www.orc.govt.nz/contact-us/email-us

Councillors are not "essential workers" at the moment. They're not working. They're not doing anything useful. They're stuck at home, like the rest of us.

There is no reason why they should still be paid.

Let them have the $585 a week handout everyone else is depending on, and do without their massive salaries, until this is all over.

I am certain most other ratepayers would agree with me on this!