'Smile and wave' not good enough 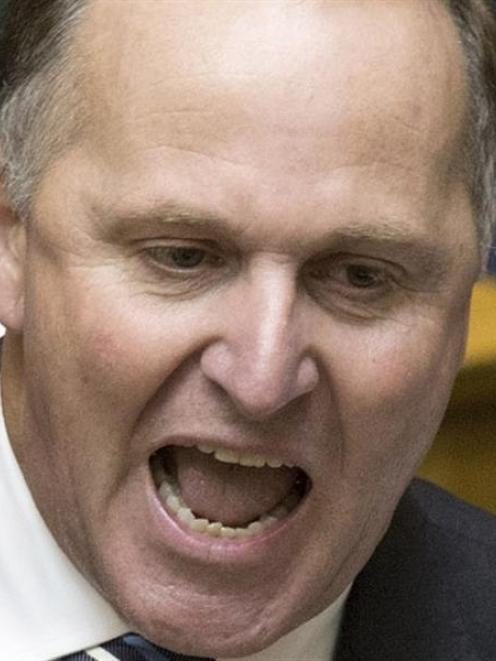 John Key.
Prime Minister John Key's sometimes casual approach to politics came back to haunt him yesterday with the release of a report which was scathing about his office's dealings with the SIS.

The Inspector-general of Intelligence and Security Cheryl Gwyn released the report following an inquiry into allegations the spy agency was used for political gain in 2011.

The inquiry found the agency released incomplete, inaccurate and misleading information in response to an Official Information Act request by blogger Cameron Slater.

It also found the SIS provided some of the same incorrect information to Mr Key and the Prime Minister's Office.

Those errors resulted in misplaced criticism of then leader of the Opposition Phil Goff.

Mr Goff was owed a formal apology by the service, Ms Gwyn said.

He received one yesterday from new SIS director Rebecca Kitteridge, who has replaced Dr Tucker.

While finding no evidence of political partisanship by the SIS, Ms Gwyn did find it failed to take adequate steps to maintain political neutrality.

Mr Key quickly dug in his heels, refusing to offer an apology to Mr Goff while defending his office against any claims of wrongdoing.

While, not unexpectedly, Opposition parties are laying the blame firmly at the door of Mr Key and calling on him to resign, the Prime Minister claims the report clears his office of any wrongdoing and no apology is necessary.

It appears unlikely Mr Key will approve any further inquiry into the matter.

The report came out on the same day as two other weighty decisions were released by the Government (a deliberate and deplorable tactic, presumably to try to further muddy the waters), one of which found the Department of Corrections wanting and the other exonerating former justice minister Judith Collins.

Ms Collins was found to have no role in trying to undermine the then head of the Serious Fraud Office Adam Feeley.

Mr Key will no doubt be looking forward to the Christmas recess in the hope the controversy surrounding his office and his staff will abate.

However, Labour's new front bench will undoubtedly make the best use of question time to drill deeper into the mire which surrounds the Prime Minister, his office and the portfolios for which he is (or was) directly responsible.

Mr Key has long been criticised for his ''smile and wave'' approach to politics, which has nevertheless proved to be a winning formula for both himself and National.

The ''move along, nothing to see here'' approach is, however, wearing thin.

By shifting responsibilities for the intelligence service to Attorney-general Chris Finlayson, Mr Key is attempting to distance himself from the fallout which is bound to continue after the publication of Nicky Hager's book Dirty Politics.

However, it will be impossible for Mr Key to continue to deny he was not involved without shifting the blame to staff.

And, surely, the Prime Minister needs to take responsibility for the actions of his staff, including divesting direct contact with the SIS to a deputy head of his office.

As a nation, New Zealand is facing increased scrutiny because of a perceived threat of terrorist activity linked with Islamic State.

Yet, the Prime Minister has previously left direct contact with the spy agency to a second-tier staff member.

Surely, if he takes his role seriously (and, given the close relationship he seems to have with United States President Barack Obama, he does) then Mr Key needs to take more responsibility for how the agency conducts itself.

After all, at the time, he was the minister in charge, and remains New Zealand's top elected official.

In summary, it is difficult not to conclude the entire SIS/Goff/Slater scandal was initiated, organised and conducted by the Prime Minister's office.

The inference many will draw is Mr Key's office organised a political hit against Mr Goff by priming a partisan blogger to ask particular questions of the country's spy agency which allowed itself to be so used.

And it will leave many voters wondering: what is still to come in the Dirty Politics saga?