Terror in the cathedral's shadow 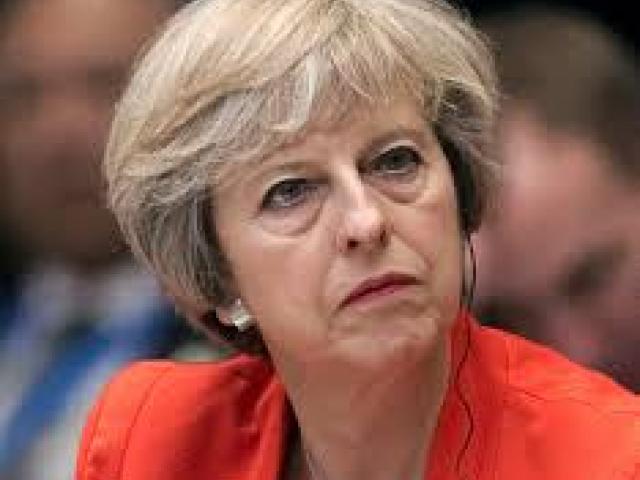 Theresa May.
In a quiet English cathedral city, in the ancient heritage county of Wiltshire, an atrocity has taken place that is effectively terrorism.

Like every act of terrorism, the brazenness of the attackers and the choice of a hitherto unremarkable place to carry it out make it seem all the more unbelievable. But then there is the method of attack. The liquid nerve gas used with such calculation in the Salisbury poisoning is a new and silent, deadly terror that strikes even more fear into the hearts of those going about their everyday business.

Russian officers are now strongly suspected of poisoning double agent Sergei Skripal (66) and his daughter Yulia (33) in the middle of the cathedral city on March 4. Both remain critically ill in hospital after being discovered unconscious on a bench in the middle of Salisbury. Three police officers were also hospitalised and one, Detective Sergeant Nick Bailey, among the first responders, is still in serious condition.

Authorities cordoned off the crime scene and then, days later, advised residents who were passing by on that day, or who were at The Mill pub or Zizzi restaurant nearby, that they should wash their clothes thoroughly and use antiseptic wipes to clean spectacles, jewellery, watches and cellphones. Those warnings were understandably viewed by locals as too little too late, given the danger of the toxin.

British Prime Minister Theresa May is vehemently blaming the Russians and more specifically the Russian State - the Administration of Vladimir Putin. Relations between the countries have been poor for years, and this will drive further wedges between them. Britain, she said, would not tolerate attempts to ''murder innocent civilians on our soil''.

The nerve agent used has been identified as belonging to a group of chemicals called ''Novichok'' by British chemists. Mrs May says, given the knowledge that Russia has manufactured the poison in the past during the Cold War and is still capable of making it, and that Russia has a track record for state-approved assassinations of defectors, the action was either at the behest of the Russian State or it has allowed the poison to fall into the hands of others.

Prime Minister May, of course, is going to leap on events like this because she has a tenuous hold on power. She has support from Labour Party leader Jeremy Corbyn, backing her call for a proper account from the Russian Government. But he also outlined the dangers of cutting off communication with Mr Putin and his Government, and letting things get more dangerous.

Given until yesterday to explain themselves, the Russians have responded with typical bravado, poking their tongues out at Mrs May and engaging in their long-term, predictable strategy of inverting the argument. The Russian embassy and members of its parliament said the poisoning accusations were ''a provocation'' and a ''circus show''. A tweet from the Russian embassy also tried to implicate MI6 in the attack, saying both Skripal and Alexander Litvinenko - who died in the United Kingdom in 2006 after being poisoned with polonium - worked for the spy agency.

The British Government has a range of possible sanctions it can introduce, such as kicking out diplomats and freezing the assets of oligarchs sitting in British banks. She has asked, and received, support for action from Nato allies and from Western nations including New Zealand. The Kremlin is warning Britain not to intimidate a nuclear state.

Salisbury is quintessential England. The city of 40,000 is best known for its cathedral dating back to 1221 with its 123-metre spire, the tallest in Britain. Only 15km up the road is Stonehenge.

All evidence points to Russia. This disgraceful attack on British soil was carried out with callous disregard for the lives of its citizens and its sovereignty. It could potentially have affected hundreds of innocent people.

The strongest possible messages have to be sent that such terrorism, once again, will not be tolerated.

Winston Peter's seemingly pro Russia comments at the weekend, which put him at odds with official NZ Government policy are a concern. He is Minister for Foreign Affairs so shouldn't be going off at a tangent with personal views in the public domain. Australia seem to have noticed his comments.