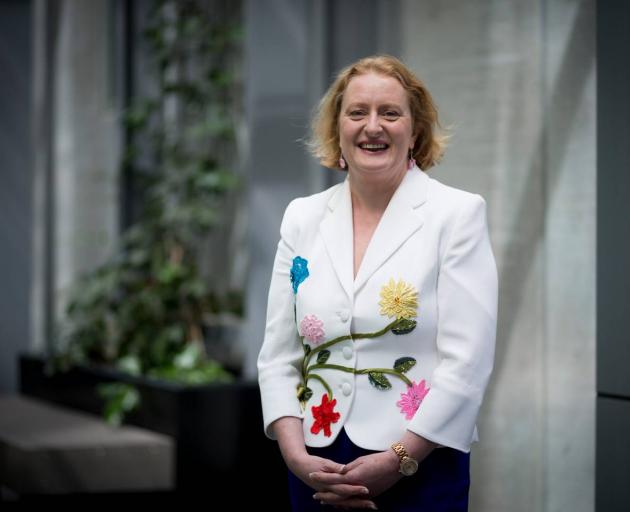 Oranga Tamariki chief executive Grainne Moss. Photo via NZ Herald
A year ago, we suggested patience with Oranga Tamariki was running out and the public had limited confidence in the ministry’s ability to deal with children considered at risk.

Now, three and a-half years since the ministry was formed, claims from the ministry that it is on the right track remain unconvincing.

At the time of writing, chief executive Grainne Moss was still clinging to her job even though incoming minister Kelvin Davis has repeatedly avoided expressing confidence in her. We cannot recall any other top public servant toughing it out for so long after multiple damning reports exposing shortcomings in their organisation.

Mrs Moss cannot survive with any credibility at this tarnished ministry. She may want to convince us she has had some sort of awakening since last year when she downplayed the significance of Melanie Reid’s harrowing Newsroom documentary about the uplift of a newborn Maori baby. Would she have acknowledged structural racism exists within the agency, as she did this month to the Waitangi Tribunal, if it were not for the media coverage around the issue of such uplifts, prompting four external, and one internal, inquiries?

She says there has been considerable progress in partnerships with iwi, while also acknowledging the Crown’s failure to fully enact recommendations from the 1988 Puao Te Ata Tu Report, outlining ways the ministry could address racism and better respond to the needs of Maori.

Now, concerns are being raised over the way OT has been returning uplifted children placed with Pakeha families to whanau.

On Friday, a day after it appeared, a new hard-to-watch Newsroom documentary from Ms Reid and her team on this ‘‘Oranga Tamariki: The new wave of trauma’’, showing the removal of four children by OT two years after they had been placed by social workers in what was to be their ‘‘forever home’’ in the South Island, was removed from the website, along with two related stories. This followed the issuing of an interim injunction from the High Court over Crown concerns identifiable information about the children had been published, something Newsroom will challenge.

Newsroom says OT’s change of heart over the approved foster parents ‘‘seems to have come from its reaction to criticism that it had previously taken too many Maori babies from their families. The documentary examines its tactics in complaining about and moving against the foster parents and then, speedily, returning the children to previously unknown whanau in the North Island’’.

Attachment trauma specialist, University of Otago associate professor of social and community work Nicola Atwool suggested children in this situation, who would be traumatised, were collateral damage in an ideological process.

‘‘Removal is traumatic, all the more so because they have experienced previous disruption and trauma.’’

What was needed was engagement with carers, the children in their care and whanau to ensure all children’s needs were met.

‘‘Demonising caregivers is no more acceptable than demonising birth parents,’’ she wrote in a Newsroom article.

While Mrs Moss’ days must be numbered, what might happen next for this beleaguered organisation is not clear. Children’s Commissioner Andrew Becroft has called for the transfer of power and resources from the Government to Maori to keep pepi Maori in the care of Maori groups — a by Maori for Maori system.

Mr Davis says he still sees a role for the Crown and if there was any move to such a system ‘‘we have to make sure that we get it right’’.

Getting it right has proved elusive to date. Whatever form any future agency might take, it needs to be properly child-centric, not paying lip service to that ideal. As Prof Atwool reminds us, children are human beings, not objects or parcels we can move around. Their very survival depends on their emotional connections to adults, something we should have learned by now from the history of those abused in state care.

Looks like Moss will be made the scapegoat, the government will pretend they are doing something and children will continue to be damaged and killed.