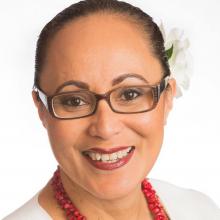 Jenny Salesa
What a turnaround from a few years ago.  Cabinet is due to make decisions on tobacco taxes soon,  and it could well be the steep yearly rises are halted.

Nevertheless, while Associate Health Minister Jenny Salesa said in July nothing was ruled in or out from a review commissioned by the Ministry of Health on the impact of tobacco taxes,  going further and actually reducing the taxes would be unwise. Price rises have encouraged smokers to give up, and a price fall would send a poor message.  A possible compromise would be tax increases that keep up with the rise in inflation and no more — a holding position.  The next two 10% tax rises could be cancelled.

The excise on tobacco did not increase above the CPI between 2001 and 2010.  Then began the accumulating 10% rises each year.  We have supported these because tobacco kills and strong action was required.

By part-way through last year, however, we feared the rising level of tobacco robberies seemed to have bypassed the powers that be.  The damage being wrought across New Zealand was being ignored.

Cigarettes — with a retail worth of about $300 a box of 10 packets — were last year becoming robbery targets, and the situation since then has only got worse. The price of a box is now about $350 and robberies this year have been more frequent.

The drive to douse tobacco consumption through smoking restrictions and price rises has come from across the political spectrum,  and notably from the Maori Party and former co-leader Dame Tariana Turia, as well as  from those who believe in state intervention for health benefits.

There is now, however, advancing  recognition of collateral damage to the poorest parts of society, often Maori and Pasifika, among whom smoking rates are worst.  Maori adult  rates for women are an astonishing 38%.

Smoking rates correlate with socioeconomic status and occupation, and blue-collar workers are more likely to smoke.

Progress towards "Smokefree 2025" (the goal is actually for almost smoke-free and rates below 5% by that date) looks to be lagging. That will give force to  those reluctant to see a halt to excise increases ahead of the planned end to them in January 2020.

The Health Ministry commissioned EY in June to look at what difference the excise increases have been making towards the "smoke-free" goal. The ministry also says it is "interested in understanding any unintended consequences of tobacco prices increases such as on crime (robberies and illicit trade) as well as the financial impact on smokers and their families".

The review has also been examining what the tobacco industry has been doing to minimise the impact of the tax increases.  Cabinet was due to make decisions by the end of November, but that has been pushed out and the review completion date was pushed back a month.

The tide has turned and the ground is being prepared for the most vehement anti-smoking voices to lose some of their sway.  Deputy Prime Minister Winston Peters led this charge in the middle of the year.

When a packet-a-day habit costs about $13,000 a year, 83% of the cost of cigarettes is  tax and dairy owners are regularly robbed, it is time for a review.

The Government itself is addicted to the excise tax.  Its annual value heads towards $2billion.  The Government has a large, underlying vested interest in not disrupting that flow of money.

The impact of price in reducing smoking rates is widely acknowledged.  It has played a part as adult smoking percentages fell between 1996-97 and last year from  25% to 16%.

Achieving that next 11 percentage points reduction by 2025 to reach the 5% target might not be possible, especially if the damage from two more 10% excise increases is too great and they are abandoned.  There are, after all,  limits to what the state can do to save people from themselves.

That does not mean that New Zealand should abandon its efforts to strive towards either that "aspirational" aim or one not too dissimilar.

The health  and wellbeing of New Zealanders is much improved because smoking has become less common.

A lethal, legal, addictive product from Big Tobacco. Nicotine is the drug, cigarette the delivery unit.