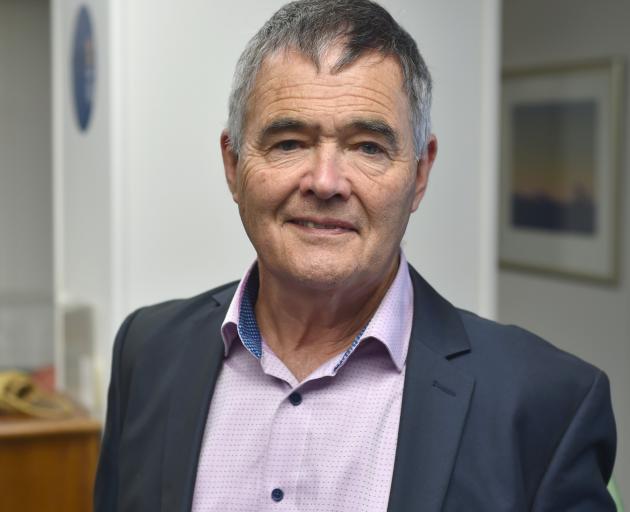 Dave Cull recently labelled loan sharks as a "leeching scourge". PHOTO: ODT FILES
Moves to curb the activity of irresponsible lenders who prey on the poor cannot come too soon.

Too many vulnerable people have fallen victim to loan sharks, aptly described recently by outgoing Dunedin Mayor Dave Cull as a "leeching scourge".

Presbyterian Support Otago statistics show that in Dunedin alone its clients had a combined debt of $4.2million with an average debt per person of $25,123, excluding mortgages. More than half of these people had annual incomes less than $20,000. (In January this year the median income in New Zealand was $56,700 for a man working full-time and $47,500 for a woman.)

It may be easy for those who never need loan sharks' services to criticise the "choices" made by those who use them.

What the critics might not readily understand is quandaries people face when they find it hard to make ends meet, let alone have any sort of spare cash.

You may need a car to get to your minimum-wage job, but you cannot afford something reliable and cheap to run. It's unlikely to be insured. Keeping up with registration and warrants of fitness is a challenge. When it breaks down and needs repairs, where does that money come from? Do you get rid of it and use the paltry cash to buy something equally or more unreliable, do you risk losing your job, do you put off paying the rent, or skimp even more on food or electricity?

When you are trying to get by day-by-day in these circumstances, the appeal of the payday lender is understandable. However, while it might deal with your immediate issue, unless you can find some way to pay it back quickly, the repayments are likely to be crippling.

Accordingly, it was good news last week to learn that in Otago no-interest loans of up to $1000 and low-interest loans up to $5000 will be available through the national community finance programme run by Good Shepherd NZ.

The programme is supported by the Ministry of Social Development. Here, Presbyterian Support Otago will help people access the loans, which are provided by BNZ.

The programme, which operates in 14 places across the country, is strict about being a responsible lender, but its staff are all too aware that some other lenders do not share their ethical approach.

An example shared in a recent RNZ interview described a heart-wrenching instance where a programme loan worker had turned down a loan applicant after explaining she had no capacity to repay a $5000 loan because of her existing debt and commitments. She then watched that woman cross the road to a payday lender and get a loan for $12,000 for new household items, something guaranteed to increase the woman's financial hardship.

Hopefully, this sort of lending behaviour will be reined in when the Credit Contracts Legislation Amendment Bill becomes law.

It is expected to pass this year with some of its provisions taking effect from March next year.

As well as ensuring those taking out high-cost loans will never have to pay back more than twice the original amount borrowed, this legislation will also impose a 0.8%-per-day cap on interest rates and require all truck shops selling goods on credit to be subject to responsible lending and disclosure obligations. This will mean truck shops will have to ensure any credit given is suitable and affordable for each borrower, and that every borrower is helped to make an informed decision about the contract.

These moves will be welcomed, but is the elephant in the room still some way off being tamed, namely that many people are unable to cope with increased costs of living, particularly housing costs, in many parts of the country?

Sprucing up the laws on lending and the valuable work of organisations such as Good Shepherd NZ will not change that reality.

If taking a job puts you in deficit, don't take a job.