Forgive us if we have missed something, but has the Government set up a new ministry, the Department of Right Opinions?

Sometimes these days it seems like that new agency must exist, along with, in case you go off the rails, a new right-opinion commissioner to show you the error of your ways.

This is a pretty ridiculous suggestion, you might be saying.

But for those who may feel themselves out of step with current thinking and practices, and floating helplessly in some kind of alternative universe, it might seem less like fiction and more like fact.

But are we entitled to have every opinion heard? What about when they are obviously offensive to a majority of people? Or jeopardise the safety of certain groups? Or foment hatred and terrorism?

We all need to be aware that with opinions comes a duty to share them responsibly.

Some opinions are just not acceptable in a democratic and diverse society like ours, and may be racist or sexist, homophobic or ageist. Or just simply out-of-date and unfunny.

So there is a line to watch out for here. There is no doubt it is drawn in the sand, although for some people its existence clearly isn’t always immediately obvious. A strongly held fair opinion has to be espoused carefully and respectfully, otherwise it can very easily tip over into the "hate speech" category. 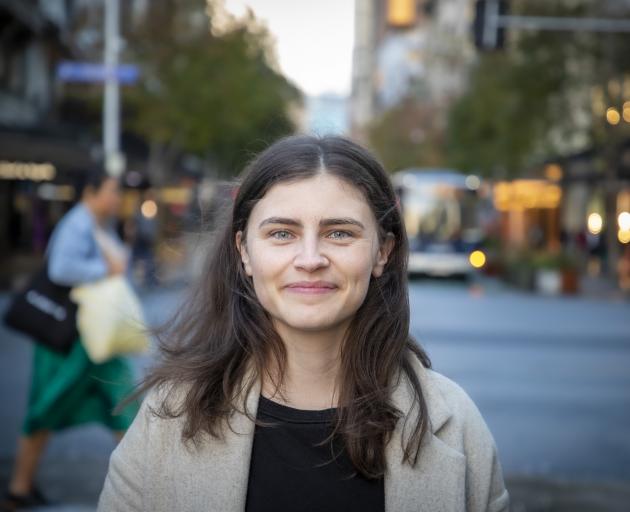 Green MP Chloe Swarbrick. PHOTO: THE NEW ZEALAND HERALD
There is little doubt now, though, that some people who hold valid opinions other than mainstream ones are too afraid to voice them. That hesitancy has come about as a consequence of the revisionism which has been embraced by some and the preposterous "cancel culture" which is like the old "sending someone to Coventry" stunt, but on a bigger, more permanent scale.

Yes, we have much to learn from our ignorance in the past and those many prejudices which have no foundation to them. But unless you have a time machine you cannot travel back through the decades to change those views, whether they were in writing, or performed on stage or in a rather dodgy comedy show on television.

It can be argued that cancelling those views, and those behind them, may actually do us a disservice, because we cannot see how far we have come in terms of inclusivity since those beliefs were spread. The idea that, by rescinding what came before, we can somehow "protect" the sensitivities of younger generations actually disrespects that group’s ability to decide for themselves what is right and wrong.

Even writing about opinions and people’s right to hold them is tricky, for fear of upsetting someone and appearing to be miles behind the times. This is definitely one of those topics where the writer is on a hiding to nothing, where people may read whatever they want into words such as these.

So we find ourselves at the nub of the great irony of inclusivity.

As we belatedly move towards greater acceptance of diversity, and become a much more inclusive society, we actually appear to be getting less accepting of those whose views we disagree with.

In other words, more tolerance actually equals less tolerance. It seems it is no longer a question of a group of people holding a variety of opinions — instead, you either hold the "right" opinion or the "wrong" opinion.

Who has been given the official imprimatur to decide what the "right" opinion is to hold?

Why is it fine to insult the "pale, male and stale" — a group which it must be said has certainly held too much sway in the past — and what makes it all right for Green MP Chloe Swarbrick to stand up in Parliament and put down a whole generation in a withering "OK boomer" comment?

There’s a lot of hypocrisy about.