Epidemic committee proves its worth 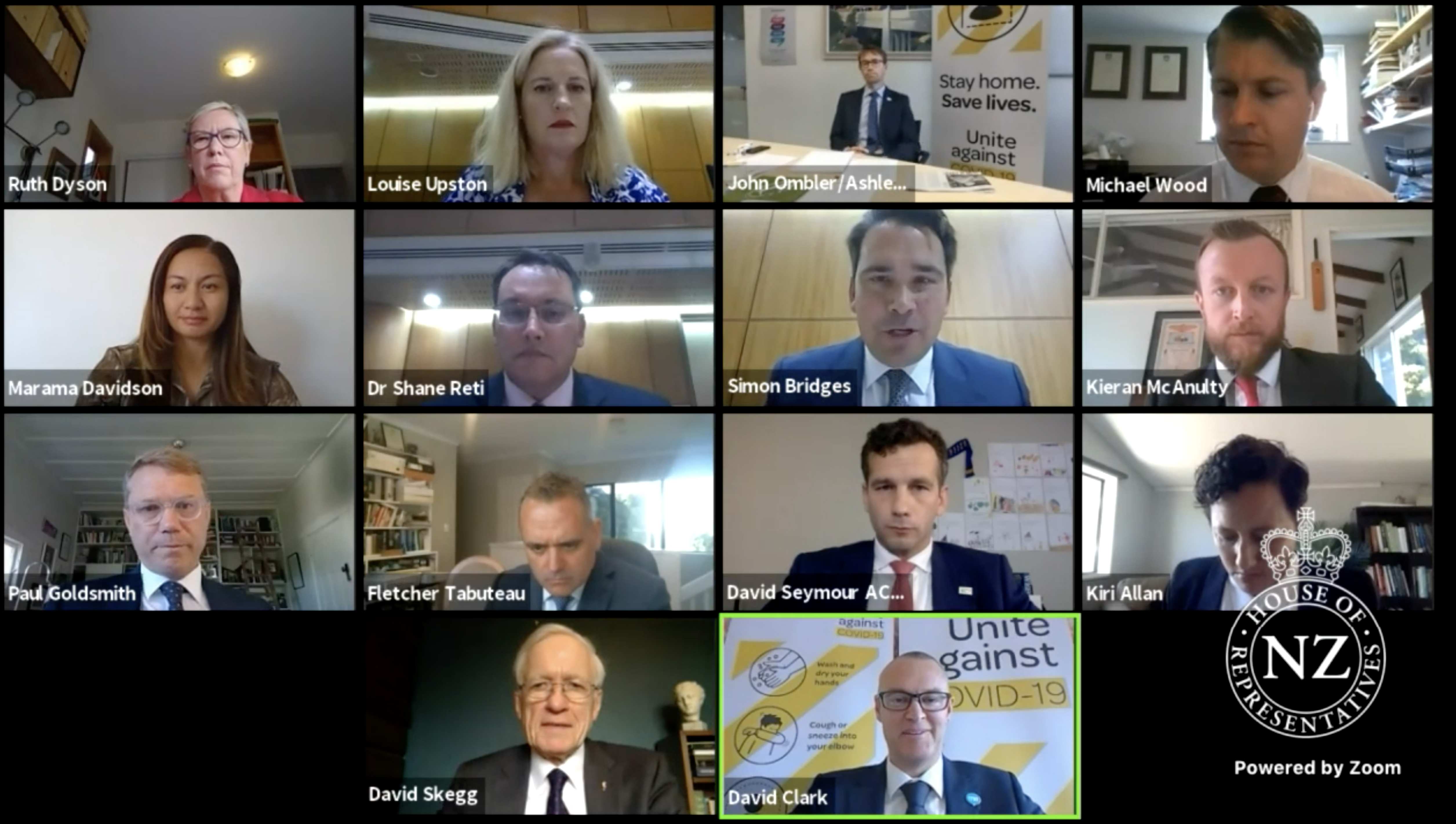 Health Minister David Clark addresses the Epidemic Response Select Committee. PHOTO: SUPPLIED
It's Parliament Jim, but not as we know it.

This week the Epidemic Response Select Committee began its deliberations, tessellated into a Brady Bunch opening credits array of video links as it quizzed the likes of Health Minister David Clark and Finance Minister Grant Robertson.

Given the limited amount of time staff will have had to set the committee mechanisms up, let alone the logistics of providing IT training to MPs who needed it, this week’s hearings proceeded relatively smoothly.

Barring a few issues with feedback and MPs not realising their pearls of wisdom were being lost to posterity because they had their mute button on, the hearings proceeded relatively smoothly — and with a viewership much higher than the average select committee hearing would attract.

In terms of box office, days one and two of the committee hearings, which featured Dr Clark and Mr Robertson respectively, were always going to be the blockbusters.

The appearance of Dr Clark, assisted by director-general of health Ashley Bloomfield, proved to be a highly worthwhile exercise.

As befitted the gravity of the occasion, and perhaps so he could get his retaliation in first, Dr Clark was well prepared for the session, offering a comprehensive briefing before taking questions.

Perhaps in anticipation that testing and contact tracing would be hot topics, Dr Clark came armed with plans to ramp up efforts on both those contentious areas.

Quite apart from the obvious public health benefits afforded by more testing, Dr Clark’s assurance that more would be done came hot on the heels of former University of Otago vice chancellor and preventive medicine expert Sir David Skegg — an expert witness for the committee — telling it that there was no such thing as over-testing.

After Sir David’s comments that testing criteria was still confusing and the country could not do enough testing, an immediate response from Dr Clark that more would be done and, crucially, that the clinical definition would be widened to increase the scope for testing — may well have proven the worth of the committee within an hour of its first session.

With 11 MPs eager to get their two cents worth in, there were few opportunities for National health spokesman Michael Woodhouse to have a crack at his Dunedin North counterpart Dr Clark.

His selection of border restrictions seemed an unusual choice of battleground, but given Mr Woodhouse followed up on the same theme in Thursday’s session with Customs Minister Jenny Salesa, there seems to have been a strategic decision to let his committee chairman and party leader Simon Bridges handle the big health issues.

Finance Minister and South Dunedin lad Grant Robertson was equally as poised in his appearance, even if his quip that "we’re all epidemiologists, now aren’t we?" did not go down well with Act leader David Seymour.

The Finance Minister could not offer much good news though, being unwilling or unable to speculate on the various dire predictions of economic bleakness offered up by economists of all stripes in recent days.

His preparedness not to try and sugarcoat the hard times ahead was commendable, as was his unprompted admission that the government had and would continue to make mistakes as it handled the economic effects of Covid-19.

The government had to be prepared to shift as need be and fix omissions as they occurred as at the present time a week was like a year in economic terms, Mr Robertson said.

While his words were not aimed at the select committee, they would be wise to consider them as they confirm next week’s agenda.

Week one offered valuable and vital scrutiny of the government response to Covid-19 and achieved some real results.

However, it also saw some of the political battles of the past few weeks being re-fought in a new forum.

Some of those issues can wait for the verdict of historians; there are more pressing matters at hand — notably the apparent lack of consistency of message across all arms of the Government, a matter Mr Bridges rightly identified as a key factor highlighted by the committee’s deliberations.

As home offices go, Waitaki MP Jacqui Dean looks to have a pretty good one.

She posted a video online this week from her temporary workplace, a spot out in her garden with plenty of North Otago sunshine to keep the spirits up.

Also out in the sun this week was Clutha Southland MP Hamish Walker, who donned his Blair Vining XV rugby jersey for a Facebook constituent update.

As well as highlighting that his constituency had a major cluster of Covid-19 cases and a serious scare with two nurses testing positive to the disease at Lakes District Hospital, Mr Walker also made the cogent point that the region was still trying to recover from major floods when the Covid-19 lockdown was imposed, and may well need additional assistance to get back on its feet when the restrictions ease.

This is clever. Serious matters delivered in the style of 'Heard and Scene'.