The ever more thorny AI question 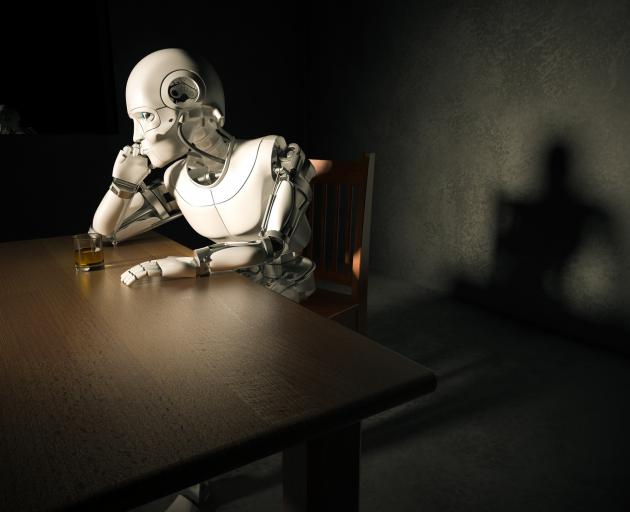 A survery of technology experts found many see widespread use of AI as leading to a loss of human agency. Photo: Getty Images
If tech experts worry about artificial intelligence, shouldn't you, asks John Naughton.

Fifty years ago this month, a computer engineer named Douglas Engelbart gave a live demonstration in San Francisco that changed the computer industry and, indirectly, the world.

In the auditorium, several hundred entranced geeks watched as he used something called a "mouse" and a special keypad to manipulate structured documents and showed how people in different physical locations could work collaboratively on shared files, online.

It was, said Steven Levy, a tech historian who was present, "the mother of all demos". "As windows open and shut and their contents reshuffled," he wrote, "the audience stared into the maw of cyberspace. Engelbart, with a no-hands mic, talked them through, a calm voice from Mission Control as the truly final frontier whizzed before their eyes." That 1968 demo inspired a huge new industry based on networked personal computers using graphical interfaces, in other words, the stuff we use today.

Engelbart was a visionary who believed that the most effective way to solve problems was to augment human abilities and develop ways of building collective intelligence. Computers, in his view, were "power steering for the mind" - tools for augmenting human capabilities - and this idea of augmentation has been the backbone of the optimistic narrative of the tech industry ever since.

The dream has become a bit tarnished in the past few years, as we've learned how data vampires use the technology to exploit us at the same time as they provide free tools for our supposed "augmentation". The argument in favour varies from company to company and from application to application. Spreadsheets, word-processing, computer-assisted design (CAD) and project-planning tools are unquestionably a boon, for example. Google search can be seen as a memory prosthesis for humanity or an excuse for never retaining any factual knowledge. But it's not clear what kind of cognitive augmentation - if any - is provided by Instagram or Facebook. And as for Twitter ...

There is, however, one kind of recent tech development for which the augmentation argument is continually made: artificial intelligence. AI is unfailingly portrayed by its evangelists as a technology that really can amplify human capabilities. In its current manifestation, it's basically machine-learning and its augmentation potential is often impressive.

One thinks, for example, of how image-scanning software can rapidly scan tens of thousands of retinal scans and reliably pick out those that need consideration by an eye surgeon.

But there are also lots of cases where machine-learning produces perverse outcomes and biased predictions and there's widespread concern about building a networked world around such a powerful but flawed technology. To try to get a balanced assessment of the risk, the Pew Research Centre recently put the following question to a formidable panel of experts: "By 2030, do you think it is most likely that advancing AI and related technology systems will enhance human capacities and empower them?"

The answers are revealing and sobering. While all of the respondents were people who understood the empowering potential of the technology, the overwhelming impression one gets from them was one of concern.

They see widespread use of AI as leading to a loss of human agency, as decision-making on key aspects of life is ceded to code-driven "black box" systems.

They fear the potential for abuse in surveillance systems designed for profit (aka social media), effects that are already much in evidence.

They see existential risks for many kinds of employment.

While some expect new kinds of jobs to emerge, others worry about massive unemployment, widening economic divides and the social upheavals and populist uprisings that could be triggered by that.

Many of them perceive and welcome the augmentation potential of AI, but others fear that our increasing dependence on the technology will erode our capacity to think for ourselves, take independent action or interact effectively with others. And some foresee mayhem as the technology's capacity to disrupt democratic processes increases (e.g. with "deep fake" video).

The first thing to say about this survey is that it is not a statistically representative opinion poll of the Mori/YouGov type. All it is is a serious attempt to canvass the opinions of a wide range of well-informed thinkers, many of whom are au fait with the tech industry and its core technologies and corporations.

At the very least, their reflections provide a welcome contrast to the current frenzied boosterism about "AI everywhere" from a tech industry that sees ethics as occupational therapy for underemployed philosophers and other "losers".

But most of all, it made me wonder what Engelbart would have made of the debate. "Someone once called me - just a dreamer'," he once said.

"That offended me, the `just' part; being a real dreamer is hard work. And it really gets hard when you start believing in your dreams." Especially when they turn into nightmares. - Guardian News