Fonterra has no future: do we? 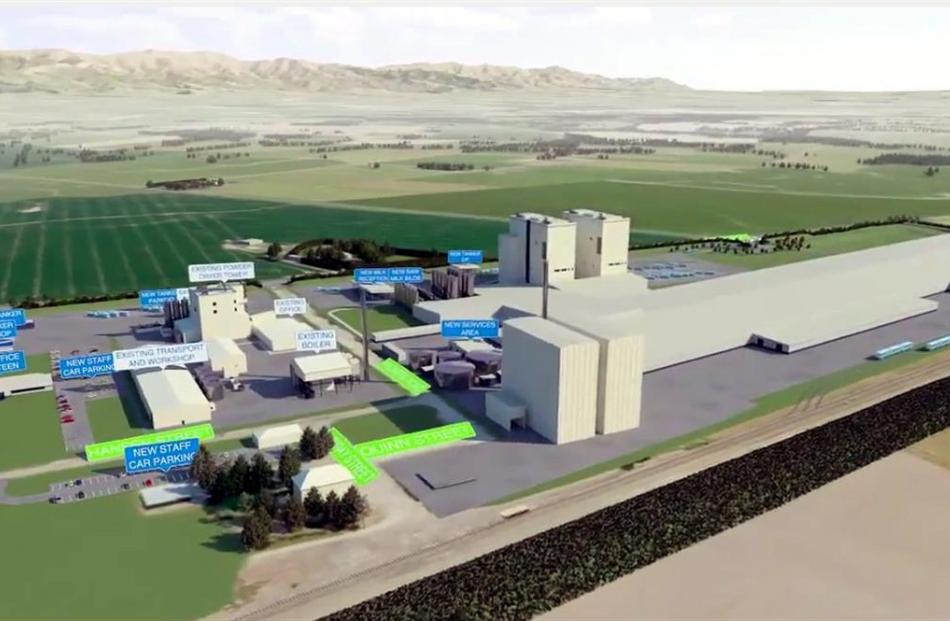 Fonterra’s proposed expansion at its Studholme plant. Images by youtube. 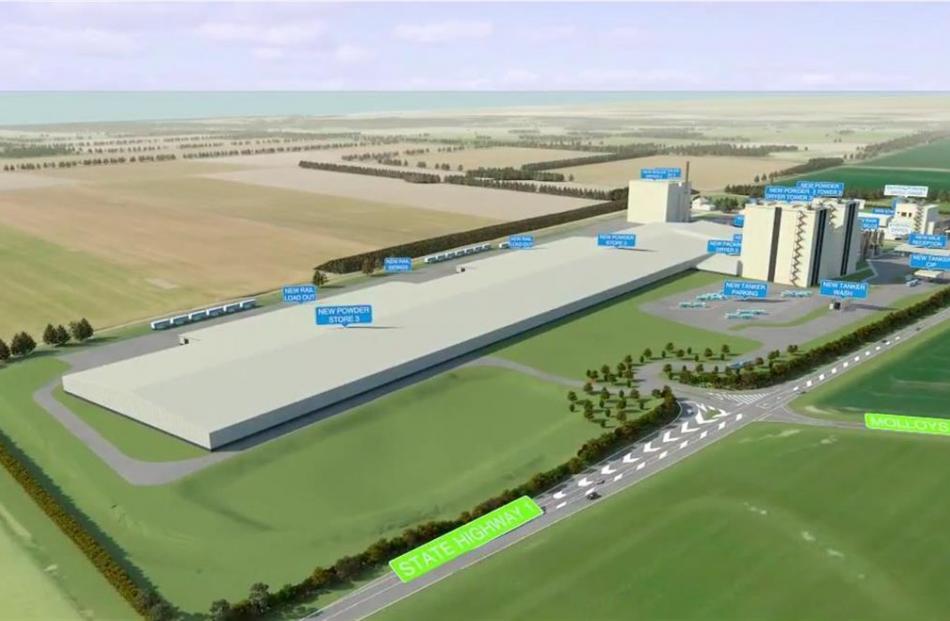 It felt like a trip down the rabbit hole rather than a hop across to Waimate, Rosemary Penwarden writes of the hearing into Fonterra's Studholme plant expansion.

I was  in Waimate to oppose Fonterra's plans for a 10-fold expansion of its Studholme milk processing plant, including two new coal-fired boilers designed to burn coal beyond 2050, the time when climate scientists insist our carbon emissions must be zero if we are to have a thread, a scrap, a skerrick of hope to stabilise the world's climate.

Sun beat in on the vertical blinds of the Waimate Community Centre for most of the day, turning chief commissioner Paul Rogers' face a bright scarlet by morning teatime as we slipped into an ever-decreasing spiral of detail, beginning with local farmers' highly paid experts versus Rogers and his team of commissioners.

It was a game; the commissioners the pawns, delving and wheedling to find acceptable moves, magic limits and numbers, the line that will let Fonterra pass GO.

From across the sun-striped room the experts dazzled us with big words and enormous credentials, but we all knew, in the end, the Queen of Hearts had the ultimate power; you can never win an argument without your head.

Better, then, to leave sanity at the door of the Waimate Community Centre.

I was at the hearing because, at present rates of greenhouse gas emissions, my grandson Arlo will be 23 when the world reaches two degrees of global warming, the limit to which more than 190 world governments, including ours, agreed in Paris.

They did this to acknowledge the very real threat that, as feedback mechanisms kick in - Arctic methane release, Amazon jungle die-off, Greenland and Antarctic ice sheet melt - global warming will at some point become unstoppable.

We might have already passed that runaway point of no return.

But we were in Wonderland, where I've been forbidden by law to speak about climate change at an RMA hearing.

No utterance about Fonterra's choice to ignore climate science, knowingly burn more (10 times more) of the dirtiest, most-polluting fossil fuel and dump it into the atmosphere without apparent regard to the future may pass my lips, nor be heeded by the three commissioners in front of me.

Wonderland is a contrary place: I could still speak of climate change effects on Fonterra's application.

Along with others, as the experts finished their turn and the sun dropped low behind the cow-studded South Canterbury plains, we dragged sanity into that hot, stuffy, male-dominated room and plonked it, still wriggling, at the commissioners' feet.

Arlo will be 40 by the time Fonterra's Studholme permit expires, should the Queen of Hearts get her way (and she always does in Wonderland).

How many degrees of global warming will he and his generation, supposedly the new generation of chief executive officers and shareholders of the global giant Fonterra, be dealing with?

In 2051, how will farmers protect their cows from the increased heat, the predicted prolonged east coast droughts, the expected superstorms and unpredictable rainfall/deluges that by then will be ravaging the country and the globe?

We have about 6.4 million dairy cows in New Zealand.

Up to 2051, how many more cows, along with the increased conversions and accompanying irrigation, will be needed to supply these new boilers with milk to dry?

Dairy economist Peter Fraser calculates this is up to the poo equivalent of plonking Jakarta into South Canterbury without a sewerage system.

But pay no mind.

I met a woman that morning whose husband recently lost his job as a dairy manager, only to be re-hired by the new foreign corporate owner to work 20% longer hours for $20,000 less.

My brother, a 50:50 sharemilker on a Taranaki farm, milks 1200 cows that supply Fonterra.

Like most farmers, he and his wife are hardworking, excellent organisers and good and fair bosses to their employees.

They are doing everything right according to the accepted advice, yet each day they make a loss.

Their herd, their only asset, is dropping in value by the day.

A lot has happened in 10 years.

Add to this uncertainty a warming planet, an unpredictable and increasingly extreme climate.

Put it this way: I won't be recommending it as a career for Arlo.

I hopped out of Waimate with the setting sun.

I kept my head.

The commissioners, for fear of losing theirs, stayed down the rabbit hole.

It's hard to tell if they understood reality from there; that Fonterra-style industrial farming's days are numbered and that, starting now, we must put all our efforts into ensuring that our agricultural production, whatever it may be, is adjusted to fit within sustainable ecological limits, and aligned with the predicted effects of climate change and sea level rise.

● Rosemary Penwarden is a Waitati grandmother, climate activist and supporter of a fairer, saner world.