Govt’s green image to be grilled 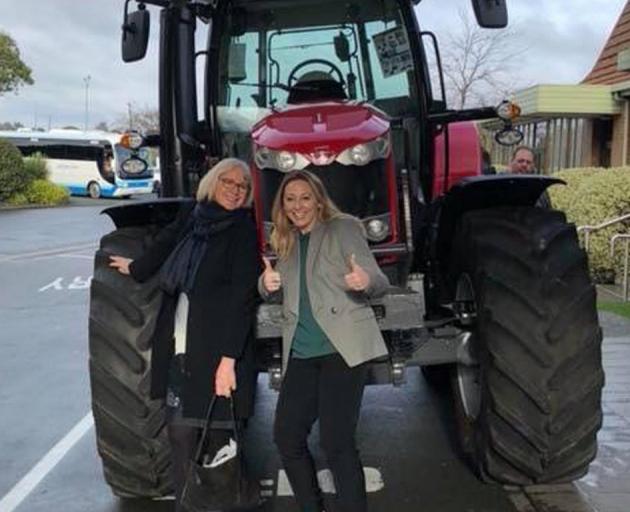 At the all-day gathering in Nelson, Mrs Dean will chair a session where stakeholders are invited to pitch a policy to the person who might be in charge of implementing those ideas if September’s election goes her way.

A substantive speech by Mrs Dean on conservation is a way away yet, as she is still getting her head around a portfolio vacated by Invercargill MP Sarah Dowie, who recently announced that she would not contest the 2020 election.

Issues far removed from flora and fauna have diverted Ms Dowie’s attention from conservation in recent months, as have her electorate duties requiring her to put a lot of time and energy into issues such as polytech reform and the future of Tiwai Point.

However, she has succeeded in putting her concerns over the future of the whitebait fishery on the radar, an issue Mrs Dean will no doubt continue to focus on in the coming months.

While the environment portfolio might have been a more natural fit alongside Mrs Dean’s present local government spokeswoman responsibilities than conservation, there is plenty of crossover between the two; issues such as water quality and biodiversity are prominent concerns in both fields.

That is not to say that conservation is not a long-standing interest of Mrs Dean, though. Anyone who has browsed her facebook postings will know that she is constantly spruiking the natural beauties of her electorate.

The vast expanses of Waitaki embrace notable rivers, national parks, and significant wildlife such as penguins, sea lions and galaxiids; in 2013 Mrs Dean sponsored a Member’s Bill to increase penalties for anyone caught smuggling native geckos and lizards.

She also supported the establishment of what is now the McKenzie Country Trust, dedicated to preserving that famous landscape — and also crossed swords with Conservation Minister Eugenie Sage over tenure review of high country pastoral leases.

In the past year Ms Sage has only fielded eight Parliamentary questions, and three of those were patsys from a Green Party colleague.

That workload should increase markedly, as Mrs Dean looks set to investigate everything from Doc’s efforts to preserve native birds to pest control to wilding pines.

Mrs Dean describes conservation as a responsibility area she did not dare to dream she would ever be asked handle.

While the circumstances in which it landed in her lap were not ideal, Mrs Dean can now do some serious work in a job she is genuinely excited about.

Expect at the very least that a conservation minister representing a green party will be asked to demonstrate that they have actually improved the wellbeing of New Zealand’s natural and historic heritage.

The beginning of the end

The House holds its first Members’ day for the year next Wednesday, when Clutha-Southland MP Hamish Walker and Sarah Dowie’s long waits to have their respective Bills (to increase the penalties for misuse of laser pointers, and to regulate shark cage diving) should finally come to an end.

Both Bills were introduced in September 2018, but a logjam caused by the extensive and exhaustive debate on the End of Life Choice Bill held up their first readings for many months.

The wait will likely go on for NZ First Clutha-Southland list MP Mark Patterson though; MPs would have to get a right rattle on for his New Zealand Superannuation and Retirement Income (Fair Residency) Amendment Bill — introduced in October 2018 — to make it to the floor this month.

Ironically, if his Bill is called Mr Walker will miss his big moment as he is hosting a public meeting in Te Anau that evening on the Milford Rd; if need be, Ms Dowie will read Mr Walker’s speech in his absence.

The Opportunities Party has been quick out of the blocks, confirming Dr Ben Peters as its Dunedin North candidate for this year’s election.

Dr Peters, a biochemist, has a niche market in the political landscape as his party’s gene editing spokesman — he is probably the only spokesman on that issue for any party.

Dunedin North was one of Top’s best-performing seats in 2017, and more of the same but better will be needed if the party is to make it to the 5% threshold.

Also contemplating the election is Mr Patterson, who said this week that he would stand both on the party list and in an electorate, but that he was still undecided quite which electorate to stand in, given the major boundary changes proposed for the Clutha region.