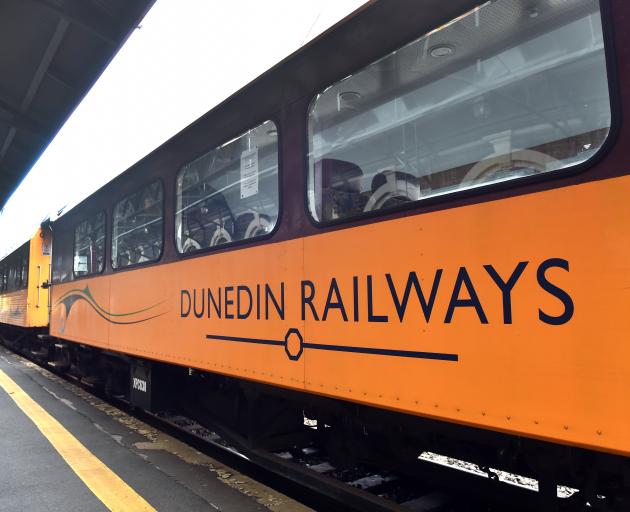 Workers at Dunedin Railways are dismayed by the announcement that management intend to mothball all services. The loss of over 50 jobs and the closure of the iconic Taieri Gorge Railway for an indefinite period is a devastating blow.

A surge in unemployment, and a severe economic downturn, are happening right now due to the Covid-19 pandemic.

In this unprecedented situation, with closed borders and the impossibility of running tourist passenger trains under lockdown, it is certainly a tough time. Yet elsewhere, people and industry are adapting to the changed circumstances with innovative and creative responses. In contrast, the board of Dunedin Railways has reacted with zero vision.

It missed the opportunity to explore other opportunities before a disturbingly hasty decision was made public.

In its current Statement of Intent, Dunedin Railways commits itself to "exhibit a sense of social and environmental responsibility by having regard to the interests of the community in which it operates and by endeavouring to accommodate or insist upon these when able to do so".

Jobs are at stake, and the flow-on effect to other businesses has not been factored in. It is easier to "mothball" than to "unmothball". Skilled staff will drift away under this scenario and the cost and time of rebuilding a quality workforce has not been acknowledged.

At some point, tourism will regenerate and whether this is domestic or a more modest number of overseas visitors, Dunedin needs to be ready to roll with key attractions. The loss of brand profile and any uncertainties about our ability as a city to provide a visitor experience will be a big negative.

It is a telling fact this major proposal was announced by Dunedin Railways without meaningful discussion with staff, the union, or even its own management.

Most staff learned of their jobs being axed from the media or elsewhere in the community before hearing from their employer. This is symptomatic of the failure of management and board to communicate with staff effectively.

Decisions ratified by the board are responsible for the dire financial position Dunedin Railways found itself in well before the impact of Covid-19.

The chief executive has included himself as one of only five paid staff to remain under the "mothballing" proposal, while watching over 50 workers lose their livelihoods.

It’s time for the board to step aside and let the workers have a real say in the running of the business.

Workers represented by the Rail and Maritime Transport Union are advancing our own plan to get Dunedin Railways back on track.

The current Dunedin Railways board must be replaced, and a workers’ council made up of, and elected by, current staff would play a meaningful role in the future operation of the business.

The Dunedin City Council should take the lead in investigating options for commuter rail in the region by working with its subsidiaries and KiwiRail.

The reinstatement of low-fare commuter rail to Mosgiel and Port Chalmers is an obvious starting point, especially given the pressure on downtown traffic in recent times. If Dunedinites know what is at stake, this will encourage use.

The offhand suggestion that a business plan for some distant date in the future be prepared for the council by Dunedin Venues Management Limited has our workforce shaking their heads. Why DVML should be involved is not clear, apart from a possible job creation scheme for stadium managers.

It has not gone unnoticed that the council has a remarkable ability to provide massive support and funding for pet projects that it believes enhance the city. We ask: in the present situation, why is Dunedin Railways not given the backing it needs and deserves?

Staff can be retained on rail projects under the post-Covid infrastructure spend such as a Taieri branch upgrade or the Green Island-Abbotsford crossing loop/double line build (part of the KiwiRail network), or commit to redeployment within DCC roles.

It shouldn’t be left to the city alone to carry the burden. This is a regional and national asset.

The Government is pursuing the correct course of action by its programme of investment to insulate the New Zealand economy from the economic shock of the pandemic.

Infrastructure spending could be redirected to carry out relevant infrastructure and rolling stock work — after all, we have the nearby Hillside workshops ideally placed to assist here.

Dunedin Railways has already claimed several hundred thousand dollars from the Government’s wage subsidy scheme, and we question why this is not being extended to provide a bigger window for all options to be considered.

This is not "business as usual" or even a normal recession. We cannot afford to have key local assets kneecapped by a small group of unelected bureaucrats who do not "get it" and have gone down the easy path of retrenchment while protecting their own positions.

This is a time for bold and innovative solutions to repurpose our economy. The public support is there. The Government is taking decisive action. All that is required is for Dunedin to take up the challenge rather than accept failure at the first hurdle.

- Dave Kearns is the Otago branch secretary of the Rail and Maritime Transport Union and a full-time locomotive driver.

Go to the NZ Companies page and type in each of the director's name into the search engine. What are the results? How many different boards are each of these individuals on? How much is their annual compensation? What are their qualifications to be on the board for Dunedin Railways? What do they actually do? Railways operations are very specialized, do they have the qualifications to actually be on the board? This is one of the biggest problems in Dunedin. The same select individuals "mysteriously" end up as a board member one one of the many govermental entities owned and operated by DCC. Given all of the really smart people residing in the city of Dunedin, dont you find it odd the same group of people end up on the board of directors? What are the odds? If you look at the academic qualifications and experiences of many of these people they are lacking. In fact, most are unremarkable and highly unsuitable for the position. Strange isnt it? Wouldnt it be nice if someone with railway experience was paid $16,000 a year to be on the board? I guess we will never know. Remeber this next time you vote. We want the best and the brightest representing us! Not these clowns!

The idea of commuter trains to Port Chalmers and Mosgiel is a great idea to keep the company running during the Covid downturn. Why did nt the directors look into this ?

The Provincial Growth fund could be used to help make this idea more viable.