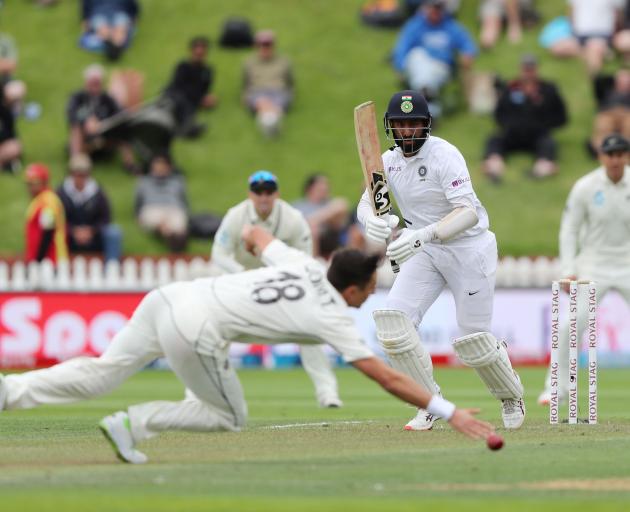 It was a Mexican standoff that became a circular firing squad.

Cricket New Zealand and Radio Sport's owner NZME failed to reach agreement on a new contract and the prospect is that next year the public will have no radio cricket commentary.

NZME revealed its Radio Sport cricket commentaries are broadcast at a loss.

Its monetary offer was therefore low-balled and it wanted a five-year innings to make the deal worthwhile. Cricket New Zealand felt that, in the same way that the game has changed, audience needs had evolved and there were richer pickings online.

Radio Sport is ranked 14th out of the country's 22 commercial networks. It has a cumulative weekly audience of about 161,000, more than a third of whom are aged between 55 and 74. They do not count much to advertisers and, it seems, those who have passed their septuagenarian midpoint do not count at all (in ratings surveys at least).

So, in the greater scheme of commercial broadcasting, the loss of cricket commentary should not cause more than a ripple on the radio waves. That is, until one considers what radio brings to the game.

We see spectators at a cricket oval with the wire from transistor earpieces hanging under their sunhats. We know people who watch coverage at home with the television sound off and the radio commentary in its place. We sit in the park or at the beach listening to the cricket and feeling we are there.

And, in this country, we are blessed with some of its masters in commentators like Jeremy Coney, Bryan Waddle and, before them, Iain Gallaway.

Radio commentators have been creating those aural images for almost a century in this country.

In the 1920s sports editor Alan Allardyce overcame the short-lived Radio Broadcasting Company's reluctance and introduced cricket to the station's fledgling sports line-up. He recalled in Patrick Day's book The Radio Years: "They couldn't imagine how you could make cricket interesting." That is precisely what our cricket commentators have been doing since 1927.

And they have been augmented during international tours by the best in the world.

The danger now is that Cricket New Zealand will come to an arrangement with its new television partner Spark Sport to repurpose the television commentary for audio streaming on Spark digital services.

Television commentators speak to the pictures that are being simultaneously transmitted.

They do not attempt to tell viewers what they can see for themselves. Nor should they.

However, remove the video and you take away the very dimension that radio commentators expertly construct.

I am as likely to sit listening to a whole day of image-dependent cricket on my iPhone as I am to open for England.

Someone must get Radio Sport's owner and Cricket New Zealand back to the negotiating table.

- Gavin Ellis is a media consultant, researcher and former editor-in-chief of The New Zealand Herald.

Totally agree. This would be a huge loss, at least for me. I imagine also that Radio Sport without cricket commentary will lose listeners to it's other programming, but I may be wrong on that.