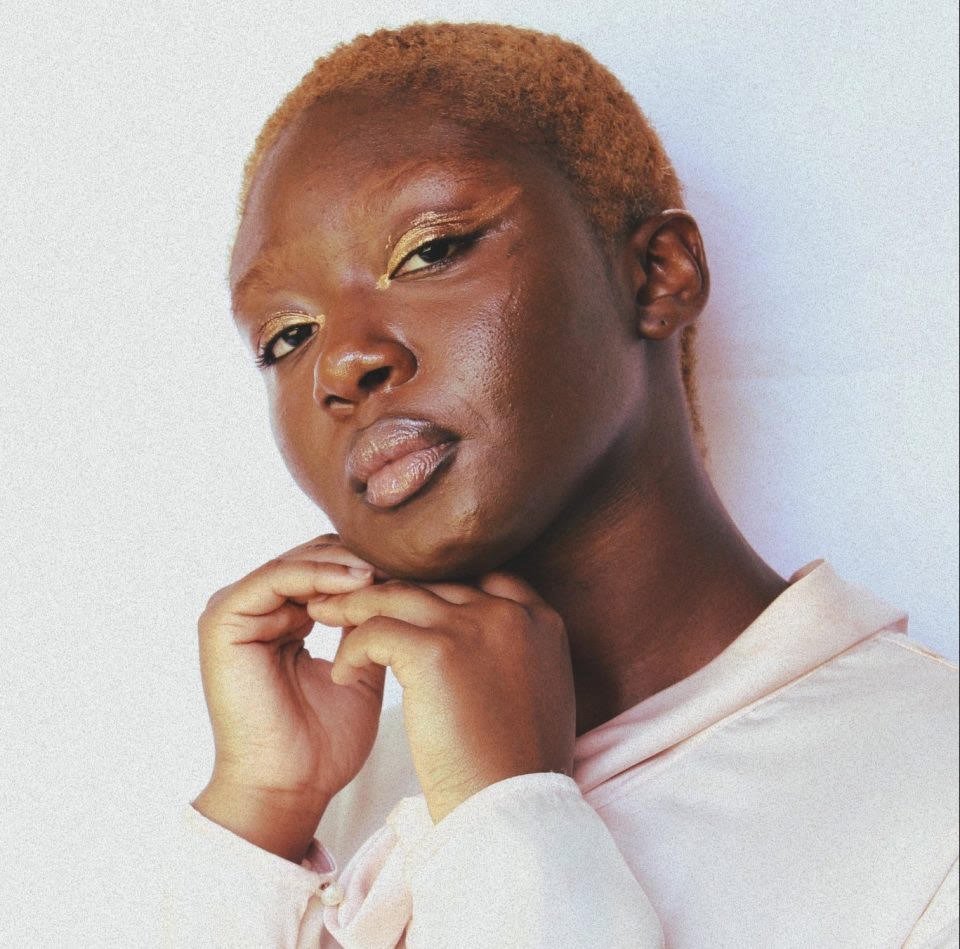 Oluwatoyin Salau. Photo: supplied/Alina Amador
For this week’s column, Jean Balchin decided to ‘‘pass the mic’’ to dear friend and fellow Rhodes Scholar, Mimi Alyce Borders, who has penned this article in response to the murder of Oluwatoyin Salau, a young black woman from Tallahassee, Florida.

I would like to express my extreme gratitude and solidarity to Mimi for writing such a painful and heartfelt column. It is important, now more so than ever, that we uplift the voices of black women, Balchin writes.

Yesterday, while scrolling through my Instagram feed, I saw the face of a beautiful brown-skinned girl with a bleached shaved head and piercing eyes surrounded by shimmering gold eyeshadow. I had never seen her before. My heart sank as I read the caption. The young woman was 19-year-old Black Lives Matter activist Oluwatoyin Salau, from Tallahassee, Florida, known by her friends as Toyin.

Toyin had recently participated in a protest honouring Tony McDade, a black trans man murdered by the Tallahassee Police Department. Like so many black women, she was protesting for our survival. However, when she needed help the most, she was alone.

Toyin was last seen on June 6, 2020 - earlier that day, she tweeted that she had been sexually assaulted by a black man who had offered her a ride while she was working to get away from unjust living conditions. After tweeting about her sexual assault, she went missing for several days. Her body was later found on Saturday by the Tallahassee police, along with that of 75-year-old Victoria Sims.

Their deaths are being investigated as homicides.

In a clip of Toyin speaking at the Tony McDade protest, she proclaims: “I’m going to die about it. I am going to die about my f... skin. You cannot take my f... blackness away from me. My blackness is not for your f... consumption n...” In the clip she is glowing, growing, demanding recognition - asserting that her body, her flesh doesn’t just matter but is sanctified and holy.

Oluwatoyin Salau fought for all black lives. She recognised the pathway towards black liberation is through the liberation of black girls, women, femmes and trans folk. She was fighting for the life and liberation of all black people when she was allegedly sexually assaulted and murdered by a black man.

For decades, black women have been targets of police violence and brutality and yet are consistently sidelined in conversations about police brutality. We experience violence on multiple fronts, from the state and within our own homes. Black women are three times more at risk of experiencing a lethal domestic violence event than any other racial group in America.

Data shows that for black women, anxiety is more chronic and the symptoms more intense than their white counterparts. Every day, ablack girl becomes a ghost when the rainbow isn’t enough and the caged bird is too tired to sing.

What is waiting for a black girl in heaven? Where do we go when the world we made and continue to make rejects us? Maybe our heaven is safety, warmth and food and R&B oldies, and maybe we double Dutch and the girls who never learned, learn, and we make our bodies into poems. I have to believe that the heaven for Toyin is everything she wasn’t allowed on earth, in abundance.

Oluwatoyin’s friend Chynna Carney described her devotion to black liberation: “When she started protesting with us, that was the happiest I’ve ever seen her.” A black girl’s happiness is generative, our smiles like electricity flow through our communities bringing light into dark places.

Toyin was a light in a dark place. She found happiness in our healing. We owe it to her to complete the healing. To follow her light to a place where we all find joy in providing safety, warmth and support for black women in every form. Her light still guides us, and I hope it will take us to a place where her smile can reach us from her own, special heaven.

She died for the colour of her skin.