New Zealand needs to implement a comprehensive SunSmart programme, as the first step in a broader plan to battle cancer. Photo: Getty Images
New Zealand has the highest melanoma skin cancer rate in the world, and we  should be embarrassed by it, Tony Reeder writes.

In a world where media "spin" and "fake news" frantically compete to capture our attention, the ODT and reporter Kerrie Waterworth deserve congratulations for the well-informed article on skin cancer ("Government funds essential for better sun safety", February 17, 2018).

It ought to be an embarrassment for our Ministry of Health that New Zealand has the highest overall melanoma skin cancer rate in the world when many, perhaps most, melanomas are potentially preventable.

Researchers struggled for years to obtain funding just to be able to quantify the burden on the health system of the keratinocyte (or non-melanoma) skin cancers, and still lack resources to assess treatment costs because no-one seems to consider that a priority.

Yet the conservative estimate for all skin cancers from Des O’Dea’s 2009 report, commissioned by the Cancer Society, put this at $57 million a year although, even then, this estimate was based on earlier historical data. 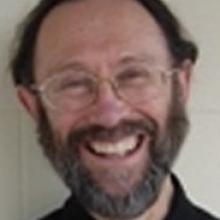 Tony Reeder
In the meantime, United States and Australian research indicate  the cost of treating skin cancer has risen dramatically.

This cost has not been comprehensively measured in New Zealand. In this context, the Ministry of Health’s investment of $600,000 a year in skin cancer prevention activities by the Health Promotion Agency is pitiful.

The direct costs of treatment are now likely to exceed $100 million a year and, given the high preventability of skin cancer, some of that money could  be diverted to other health sector areas.

New Zealand already has a Skin Cancer Primary Prevention and Early Detection Strategy, based on scientific evidence, but our previous minister of health paid it little or no attention, despite the fact that more New Zealanders die each year from skin cancer than from road traffic crashes.

How did this situation arise? It is an example of a problem that extends far beyond skin cancer or any other specific issue and involves a lack of vision, planning and co-ordination.

Given the large and increasing demands placed on our health system, there is a clear need for a focus on prevention to complement treatment.

The American Institute for Cancer Research estimates about one third of all cancers, combined, could be prevented. Skin cancer is one of the most preventable.

Yet, lurching from one crisis to another, the official response to cancer in New Zealand has been as if we had an Orwellian Ministry of Disease rather than health.

There is a need for a clear, consistent, co-ordinated and comprehensive vision of public health, prevention and health promotion. New Zealand has lacked this approach since the demise of the Public Health Commission led by Sir David Skegg in the 1990s.

For a notable, but relatively short, period we were treated to a series of in-depth reviews of health issues ranging from skin cancer to mental health: health outcome targets were set and strategies to reach them identified, based on available evidence.

Even today, it is inspiring to read those PHC reports, but the recommended actions proved to be too challenging for the politicians of the day — and those who stood to lose from a clear, logical focus on public health and health promotion.

For skin cancer, in particular, treatment needs to be balanced with prevention efforts and there are initiatives that can and should be taken, based on scientific evidence.

First, as part of a broader cancer plan, we need to implement a comprehensive SunSmart programme, as described in the Skin Cancer Primary Prevention and Early Detection Strategy, and set explicit and consistent goals for all educational institutions, workplaces and the organisers of outdoor events and recreational activities.

One relatively simple step, advocated by Consumer NZ and supported by all who work in skin cancer prevention, should be to stop the promotion and sale of sunbeds, as in Australia. The physical harm they cause is well documented.

Second, we need to routinely collect reliable data to quantify the burden and cost of skin cancer, not just melanoma as at present, so that resources of an appropriate scale can be directed at a problem that is, largely, potentially preventable.

There is convincing evidence that institutional and community-wide intervention programmes can improve sun protective practices and are a cost-effective investment for reducing skin cancer.

If we also collected reliable information about all skin cancer cases, we could monitor the impact of these interventions and tweak them in response to new insights. NZ could and should lead the world in skin cancer prevention rather than in disease statistics. To quote our Prime Minister, "Let’s do this!"

- Associate Prof Tony Reeder is  a past director of the University of Otago Cancer Society Social and Behavioural Research Unit.

Much of government inititives is based on how not to spend money on cures for society's ills. A compulsive push for prevention can end in a compulsive reaction of non-compliance and ignoring ministry advice.