Just as circumstances prevented National’s newly-elected MPs from making their maiden speeches when they intended, Southern Say’s plans to look at those orations last week fell by the wayside.

Covid-19 kiboshed the tyro MPs back in February and a busy week in the House got in the way last Saturday, but there have been no distractions in a recess week. 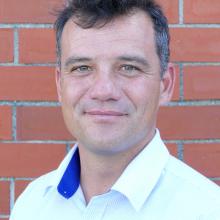 Joseph Mooney. Photo: ODT files
Southland MP Joseph Mooney’s maiden speech was not the first time he had addressed the House — as mentioned previously, a range of Bills before the House which involved his shadow Treaty negotiations role meant he had to break his duck several weeks ago.

However, this speech was more compelling fare, as Mr Mooney told the rags-to-riches story about his rise from a challenging childhood as one of eight children, to unexpectedly finding himself in Parliament.

"I recall my family going hungry, and I remember days on end when we had no food to eat, and going to the river to look for blackberries so we had food," he recalled.

"For a variety of reasons my younger brother and I chose to leave home when I was 11 and he was 9 ... we ended up living for a bit over a week on the streets of Wellington, huddling together for warmth on cold rainy nights in flax bushes while we tried to figure out how to cross the Cook Strait to the South Island.

"Let me tell you that Wellington is a cold, hard place when you are a child living on its streets. I remember this every day when I come to this House."

A high school dropout who did a law degree as a mature student and father, Mr Mooney established his own practice in Queenstown before coming to the forefront of the local National Party ranks after the unfortunate and unplanned retirement of Hamish Walker.

"My 11-year-old daughter said to me yesterday as we walked around Parliament that she wouldn’t have believed she would be doing that a year ago, and I replied that I wouldn’t have either." 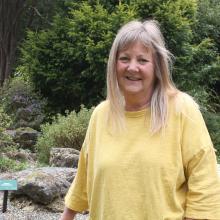 Penny Simmonds. Photo: ODT files
Penny Simmonds, Invercargill’s new National MP, likewise called her arrival in Parliament a surprise. "Many saw my move into politics as logical or even inevitable, however it was anything but for me".

Like Mr Mooney, whose stepfather was an itinerant farm hand, Mrs Simmonds grew up on the land, on a returned serviceman’s farm block near Riversdale.

A 30-year career at the Southern Institute of Technology, 23 years of which were in charge, gave Mrs Simmonds a regional and at times a national profile.

"I have unashamedly fought to strengthen and support our people, industries, organisations and communities in my various positions at SIT, and in other community leadership roles I have held," she said.

"At times my parochialism and intransigent attitude to changes imposed from Wellington may have been interpreted as disruptive or even cantankerous, but I learnt many years ago how important it is to push back against ‘Wellington knows best’."

Exactly how feisty parliamentary politics will allow Mrs Simmonds to be remains to be seen, but she has plenty to sink her teeth in to.

The business model of her beloved SIT was challenged during the Government’s vocational education reforms, the aluminium smelter which underpins much of the region’s economy is poised to close, and the agricultural sector which Southland was built on is having to adapt to the challenges posed by climate change.

Those challenges were a motivation to leave the security of SIT and set sail on the choppy waters of politics, Mrs Simmonds said.

"While there may be better alternatives to the status quo in each of these industries, I know that the decisions must be driven by Southlanders to ensure the benefits stay in the South.

"The decisions must also be pragmatic, science, technology and engineering based, not reacting to emotive sound bites from people who don’t understand either economics or science."

Which side are you on?

Mr Mooney did reveal one fascinating ancestral snippet in his maiden speech: his great-great uncle was Bill Fox, a prominent trade unionist, a four-term Labour MP for Miramar, and the housing minister in the Second Labour Government.

Mrs Simmonds also had some high-achievers in her family — three aunts who played hockey for New Zealand, two of whom captained their country.

Apart from geography and politics there was another connection between the neighbouring MPs — the army. Mr Mooney is a former Army reservist, while Mrs Simmonds was a Territorial soldier for many years. 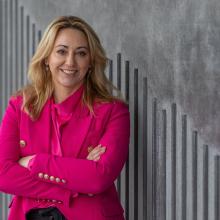 Sarah Dowie. Photo: ODT files
Ghost from the past

Later on Wednesday, after Parliament had finished welcoming the new MP for Invercargill, it got on with some business left over by the old MP, Sarah Dowie.

Just before her retirement Ms Dowie was lucky enough to have her Lawyers and Conveyancers (Employed Lawyers Providing Free Legal Services) Amendment Bill drawn from the ballot.

Pre-election, the Bill was picked up by her colleague Chris Bishop and the proposed law change, which will clarify that lawyers are entitled to provide pro bono advice, with their employer’s permission, sailed through its first reading.