PM’s leftist icon status not quite the reality 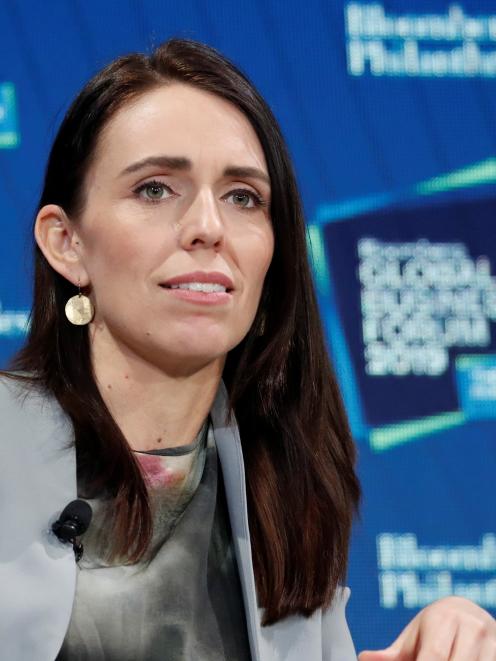 In October 2017, 37-year-old Jacinda Ardern became prime minister of New Zealand. The world looked longingly at a young and inspiring female leader who had unexpectedly catapulted the Labour Party into office.

Ardern promised that kindness, compassion and carbon-neutrality would bless the Antipodes. She then gave birth to a beautiful girl and took six weeks’ parental leave, after which dad took over as caregiver. And baby made a star appearance at the UN General Assembly.

Ardern was also widely praised for her compassionate responses to the terrorist attacks on two mosques in Christchurch on March 15.

Across the Pacific, Australians unhappy with their own conservative government may have been, and may continue to be, envious of New Zealand as a bastion of progressive, compassionate government.

But on closer inspection, it may not be as compassionate as it seems. US President Donald Trump, for example, envies New Zealand its tough, skills-based immigration policy. And it doesn’t need a wall to keep people out, thanks to the Pacific Ocean.

Despite all the lauding of the Ardern government, Kiwis who have left for life in another country, including the 600,000 in Australia, are not flocking home. It may have something to do with higher incomes and better weather.

The Ardern you meet face to face is — ‘‘as seen on TV’’— a highly intelligent and empathetic person.

There’s nothing fake about her. But the business of government is complex, grinding and (when you fail) unforgiving. And, in a democracy, it’s not about one person.

Due to proportional representation, to be prime minister of New Zealand, you have to build and maintain coalition relationships with other parties, and you may have little in common with some of them.

Like a curmudgeonly uncle who spoils the youngsters’ Christmases, the veteran conservative populist Winston Peters has been propping up Ardern’s coalition government as deputy prime minister.

And that deal came with a big price-tag, including a one-billion-dollar-per-annum provincial growth fund. It also gave Peters the power to block progressive policies, such as a tougher capital-gains tax.

Ardern over-promised on policy, especially on solving the housing crisis, and is now seen as struggling to deliver.

Auckland’s housing market remains one of the world’s least affordable. Many Kiwis are still struggling with costs of living.

Ardern created an indefinable aura of promise — about a better and ‘‘kinder’’ politics — that resonated emotionally. In May 2018, Facebook called her the world’s ‘‘most loved’’ leader. People often fall in love, but then they fall out of it. The beloved was supposed to make bad things go away. But the unspoken promise doesn’t materialise.

There is now disappointment that Ardern wouldn’t visit the land-claim protesters at Ihumatao, that she isn’t fixing the country’s electoral-finance laws, and that it took the Labour Party six months to investigate a serious sexual assault against a young female party volunteer — and even then they botched it.

Ardern readily accepts that there is still a lot to fix. But the latest polls suggest that the next election, due in November 2020, may not go Labour’s way, and so she may not be around to fix stuff.

Ardern’s rise to power, domestically and globally, meant shouldering a burden of frustrated left-wing hopes and dreams, most of them needing radical reforms — too radical for Peters. Ardern did not follow her predecessor Helen Clark’s third-way maxim: ‘‘under-promise and over-deliver’’.

New Zealand’s three-year parliamentary term means that a new government has to face the electorate before it has had a chance to produce results.

In the May 2020 Budget, we can expect big new capital expenditure to raise employment and incomes, and to fix some problems. But it remains to be seen whether Labour and the Greens can muster enough voters to overcome Kiwi conservatism.

The opinions of many Kiwis are sufficiently of the protectionist ‘‘New Zealand first’’ variety that, if a wave of refugees were to arrive, the reactions would be just as polarising as they have been in Australia.

In a large online survey in 2017, 55% agreed that the numbers of immigrants arriving were ‘‘too high’’, nearly 53% believed new arrivals should be told ‘‘do things the Kiwi way’’, and 72% said New Zealand should ‘‘strictly control foreign ownership of property’’.

Immigrant numbers have not reduced much since 2017.

New Zealand’s populist and decidedly less progressive politics are discernible, if you ask the right questions. It’s just not obvious at the moment to the outside observer. So if you feel a twinge of Kiwi-envy, just remember it always pays to take a closer look. — theconversation.com

■ Grant Duncan is an associate professor for the School of People, Environment and Planning at Massey University.

As they say, elections are won from the centre and this Government has mistakenly agreed to a divisive referendum on drugs that definitely isn't in the centre. In the election campaign we will get to see what Simon Bridges is really made of and he might surprise us.

In times of trouble people look for a Govt that can deliver economic stability. That is not Labour lead by Jacinda in any shape or firm.
Labour struggled (at best) in the good times, so allowing them to remain in the difficult times ahead is stupidly.

Nonesense, the sheer numbers of homeless and the hospital waiting lists should be enough to tell you something about past 'economics' is wrong. National ran our social services into the ground and they know it. Rodger Hyde with his 'hole in the head' debacle is all we needed to know in regards to Nationals policies. They had 9 years, and the rich became richer. A Muldoon tactic, yes, he was National, but a price freeze on rents and house prices would be in order. How the heck can our kids and grandkids get anywhere with the legacy current National steerage has left us. The greed is over, time to share the wealth. For now, Ardern and her crew are doing a lot of good, sad so many focus on the lesser failings thus far and think of their own bank balances. i see nothing wrong with current fiscal policy, nor social policy. If you don't like it, put your name forth and lets see how you go in the 'hot seat'.

Unlke the Nats this Labour leader and a couple of her ministers are not afraid to admit their mistakes. Yes, maybe she did over-promise but so does almost every politician in elections. This country, like the rest of the world, is going to go through hard times that may make the Great Depression and WWII look easy. Global warming and climate change will mean we need to live in a society that consumes less, eats less animal protien, and travels less. The Nats will never get us out of or through that; Labour just might.

Socialism is like that Alien blood that burnt through several decks. It is not nice stuff in reality. Pretty to listen to, in reality, aliens.

Aliens are out of touch, self interested, covert right wing propagandists working to separate organised Labour from it's support base, by calling it 'Socialist'; about as realistic as calling National 'Fascist' (nice to have, got the trains running on time).

At least Ardern and her party has acknowledged the fact that a lot a Kiwi's were left behind in Nationals time. Our housing, our health, our schools, had all fell far behind. Without our hralth, a roof over our heads and an education, what would be the point? A lot of work is still to be done, yes, labour has failed to deliver on some fronts, however, their sense of social responsibilty cannot be overlooked. We needed that. The rich have mor ethan enough. Start by bringing on capital gains tax, too many tax dodging loop holes, too few homes affordable for the young. Drop rates on secondary tax, so those who work hard aren't punished out of their dreams. Stop building exessively large houses that few can afford, and free up land to build on. Pull developers and foreign banks into line, we're being milked. And for goodness sakes, COUNCILS, stick to your knitting. You are here to serve the people, not your careers!

Jacinda has had to lead in the context of Winston as deputy and not extending beyond current borrowing restrictions. Still, within those limitations we have seen record wage growth, consistently low unemployment, improved healthcare and education spending, and due to a record surplus, we're about to see infrastructure spending on a grand scale that will undoubtedly stimulate further growth.
We have seen overseas investment grow to record dollars and even the U.N. are predicting New Zealand to be the rock star economy Key could only dream about.
Yet businesses sentiment is low despite just about every indicator suggesting good times ahead. It's hard for traditional blue voters to admit that Labour is doing this, and that the best stimulus is not corporate welfare, but social welfare, where the money gets spent locally rather than hoarded off-shore.
Kindness and compassion works and as long as we can keep corporate money out of election media campaigns, unlike the U.K. or U.S., the people will be well represented by Jacinda and Labour for at least another term.

You're effectively removing the Right's great attack card: demonisation of Socialist iconography. Since Jacinda is not a proper Socialist, and a bit Trumpian, The Right have nothing to go on, you clever dick.

PM not progressive enough according to a proponent of totalitarianism