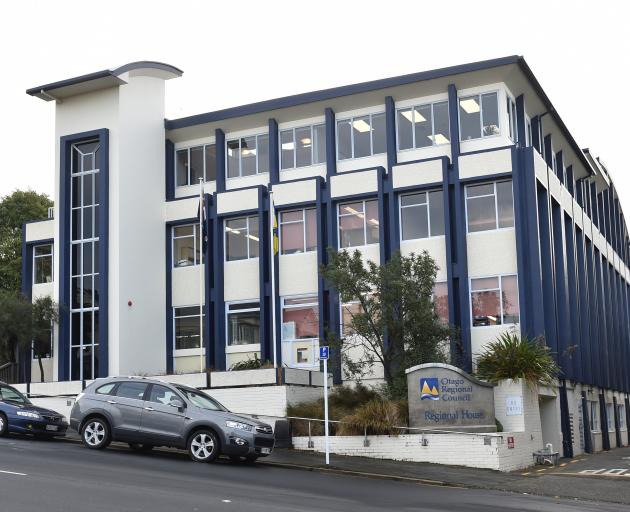 The Otago Regional Council's annual plan is now open for public consultation. Implicit in the word consultation is the opening of a meaningful dialogue with the public. It would be entirely disingenuous for any local authority to enter into discussion on their annual plan by merely informing the public of council intent without showing a willingness to accept ``the wisdom of crowds''.

History shows that the annual plan, however, will remain pretty much as presented, despite widespread public opinion to the contrary on some of the issues.

An excellent example is the wilding tree explosion through much of our most scenic area of inland Otago. Ten years of effort and desperate submission by the public and the Wilding Tree Trust in Queenstown (especially) has been futile.

It took a public telling-off by the Minister of Conservation, directed at the chairman of the ORC, to get any movement from the council. A relatively meagre $100,000 was set aside for control work last year.

This year's ORC annual plan contains four lines on ``Dunedin building review'' in its feedback document which could easily be missed at first reading. To its credit, the council has finally accepted its statutory obligation for ``special consultation'' on this $30million major project.

What does ``special consultation'' actually mean? The local authority cannot present a proposal as a council decision. Nor should the local authority exclude interested members of the public from input during the formulation of the proposal.

That means the council should have consulted with the public at a pre-consultative stage before deciding the building project will go ahead.

A proposal should be just that: a proposal to either build or remain in the existing site or consider alternatives - with public input. The decision to build, therefore, nullifies the special consultative process as the site for the new headquarters in the Dowling St car park has been formally chosen by the ORC.

It is now a ``simple'' matter of an agreement between the ORC and the Dunedin City Council, which owns the car park. The Dowling St car park was chosen over two other alternative sites which can only be reasonably described as dogs - so Dowling St it is. It is also likely the ORC will be obliged to ensure the construction of a second building, a public car park on the same site, once negotiations are completed with the owner, the DCC.

Remarkably no maximum dollar figure has been set or even discussed for this grand project, so what exactly are the ``special consultations'' to be based around? In fact, the ORC's feedback document states that consultation will only occur ``once we have concepts and costs prepared'' so the council is merely inviting the public to comment on the design and cost, not whether the shift to Dowling St or elsewhere should occur in the first place. So much for the special consultation process.

The last time the council ventured forth on a new building project without any prior special consultation, it cost the ratepayers upwards of $3million for the concept design and drawings alone. The cost of that proposal was well over $30million and it was never built. It is, therefore, hard to reconcile how the new building/s is going to be around the projected $20million mark, unless building costs have halved in Dunedin from eight years or so ago. The potential cost of a new car park building must also be factored in, so the ratepayers could soon be the lucky owners of two new buildings, as well as a difficult-to-sell ORC headquarters building in Stafford St.

The value of the Stafford St building or, more importantly, the saleability of the building, is vital information for the public during the required special consultation process. Presumably, expressions of interest in that building will be called very soon so as to better assess the financial impost of this project on the ratepayer. Leasing an existing (historic) building in the interests of sustainable use of existing resources has been dismissed without consultation, special or otherwise.

The special consultation process, therefore, will not ask for alternatives to the decision. In light of the ORC's predetermination over the building of a new headquarters, a judicial review of the council's special consultative process and predetermined decision is needed.