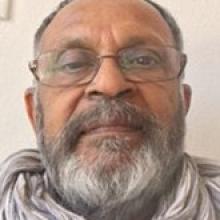 Mathew Zacharias.
Mathew Zacharias laments the rise of religious and racial intolerance in his Indian homeland, and makes the case for  plurality in New Zealand.

I am an  Indian expatriate  of the  past 43 years, 32 of them in New Zealand.  I visit India almost every year and  have  vivid  memories of that great country where I grew up, received my education, got married and worked.

None of us particularly cared about the social and religious etiquettes at that time, mostly because there were none.

Most of us paid little attention that the sexes were separated  in  religious places: women were on one side of the aisle and men on the other side in the church, menstruating women were barred from entering temples and Muslim women congregated in one isolated corner of the mosque. We assumed that in the churches it was to protect the women from the tight scrum of hundreds of faithful men, all simultaneously trying to stand, sit or kneel on the floor, and the frequent nauseating farts drifting endlessly in the air. I had no idea how the scrum behaved on the other side of the aisle because I had no access to that side.

We were aware of religious differences among the grown-ups at that time, including religious riots and killings in some parts of India.

Jawaharlal Nehru, the leader of the ruling Congress party, had assured us that India was a secular country; the Communist party which frequently ruled my state of Kerala re-enforced that conviction. We thought, rather naively, that everything was stable in Kerala on the religious and social fronts, and enjoyed the true secularism of the day.

How wrong we were.

The malignant spread of religious fundamentalism among all religions, including  Hindus, Muslims, Christians and Sikhs, slowly took over all of India in the  past  three to four decades. The rise of the mostly majority Hindu supported ruling Bharathia Janatha Party (BJP) to power in India and many of its states is an example of it. The Indian National Congress, which was the prominent secular party since independence, has lost power in India  because of multiple causes, the rise of many regional political parties based on religious and caste overtones being one of them. The inability of the Communist parties, truly secular in nature, to compete with the religious parties, is another example.

Education at all levels was (and still is) free in most parts of India, particularly in my state of Kerala, the most literate part of India. Schools and colleges were  hotbeds of political initiation in my student days: student movements based on political ideologies were the rule of the day.

In an attempt to root out political confrontations in the learning institutions, this was banned a few years ago in Kerala. This was an opportunity for religious fanatics to tap into this vast potential resource of educated young people; a farrago of student groups based on religion and caste was born. Slowly, but steadily, this has mushroomed and the focus of the generation  shifted from ideological politics to politics based on religion and caste. The churches, temples and mosques, which owned many of educational institutions, were all behind this change.

Being a member of the Syro-Malabar Catholic Church of Kerala, I am really pained by this change in the young generation of believers. The Church also wastes billions of rupees to build newer and taller churches, some of them reminding me of the legendary Tower of Babel, in an attempt to encourage dominance over other religions, instead of following the teachings of the present Pope to live a simple and modest life and help the needy and downtrodden (and there are millions of them).

Unfortunately, this religious divide has penetrated  the social fabric of the country. Everything is now based on religion, caste and regionalism and

so-called Indian culture is like a distant rainbow and

seen only in promotional documentaries or through the smart work of tourist operators. Eating beef has resulted in riots and public lynching of many Muslims in   Hindu-dominated states and moral policing against unmarried couples seen together in public places are some of the symptoms of this. Needless to say, racism, a long-standing carbuncle on Indian society, often hidden from the view of a visitor to the country, has mushroomed out of control in the  past  couple of decades. I am really sad that such religious and racial intolerance has surfaced in India, including Kerala, the place I spent a  happy childhood and my seminal years.

You might ask  what is the point of all this blabbering?

Showing  cultural differences among various expatriate groups is one thing, but highlighting religious divisions is another thing altogether. The same comments could be applied to the divisions in Islam and to  Middle Eastern expatriates  in New Zealand. New Zealand is a place for plurality, not   religious and racial divides.