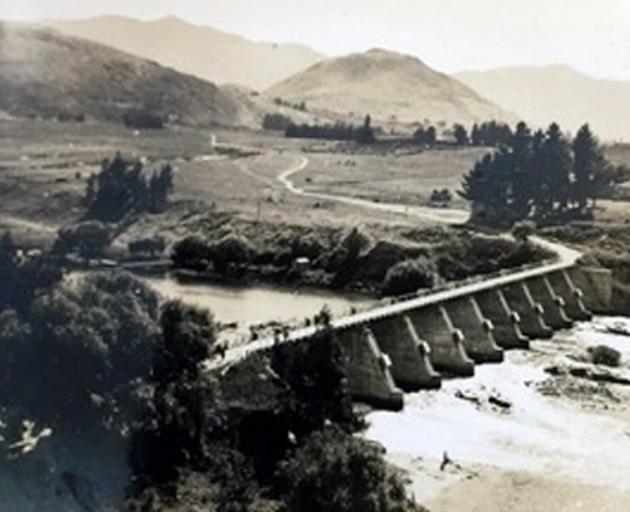 A lot can change in 80 years. This photo of the old Kawarau River Bridge at Frankton was taken by Jean Pickard early in 1938. And not a house in sight, observes her son, Guy Howell. PHOTO: JEAN PICKARD
What a very strange lot we are.

I had the misfortune of watching some of those silly infomercials while in a hotel in Wellington last week. There was a bunch of people talking about the weight-reduction benefits of some wobble-inducing machine that, when showed in action, quite frankly made me want to laugh hysterically.

Then there was another bunch who were head-over-heels in love with a ladder that could do simply amazing, life-changing things for you, like go up and come down again.

But the one I keep thinking about was for some stupefyingly stunning shower-cleaning product. The woman in that ad had obviously found the key to life as she just looked so happy about it all. Let's face it, cleaning a shower is such a joyous occasion for all of us.

What I also noticed was how the people they "interview" about these sensational products seem to be sitting or standing in different corners of the same house.

Needless to say, I kept my wallet firmly in my pocket.

Talking of that hotel, when we checked out of our room I did my usual hassling to make sure everyone had everything with them. And of course they did.

It was a few days later I realised I should have listened to my own advice, as I discovered I'd left my best work shoes in Wellington. I could see them in my mind's eye, tucked tidily under a chair in our hotel room. Hopefully, they are on their way back to me now. 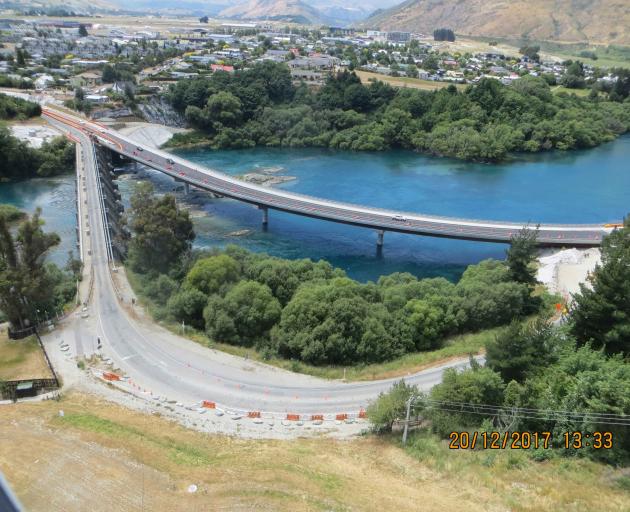 The $22million new curved Kawarau Falls Bridge next to the old structure. And plenty of houses in sight! PHOTO: NZTA
Mike Howell, of Lawrence, had 40-odd years in the New Zealand Fire Service and recalls a lot of false alarms to attend in the control room at the top of the hill in the late 1970s and early '80s.

"I remember going up the road from North Dunedin to Mt Cargill in the back of a Land Rover in snow, with a fire extinguisher between my legs.

"The alarm used to go off reasonably frequently and we'd have to go up there in a big red truck. But when there was snow on the road, you wouldn't get a big red up there.

"We had a couple of Land Rovers from the City station and it was easier to send those up. Every time I went it was a false alarm."

Bruce, who lives on the Taieri, also experienced this week that typical Dunedin understatement when it's cold. There, I used the word - COLD!

He says he was out at 6.30am yesterday, wearing five layers in the cold and damp air while clearing leaves from the drain in front of his house. A couple walked past and, in typical southern fashion, remarked: "Bit warmer this morning."

His home weather station said 3.4degC. Nose dripping, fingers numbed, "warmer" wasn't the first thing that sprang to mind. But, yes, he had to reluctantly agree, it wasn't frosty.

Thanks to Joe Enright, of Mosgiel, for this sound advice ahead of the seminar I'm giving next week.

"You need have no fear at your seminar if you remember the first law of public speaking - which is, `When in doubt, mumble!'."

The question has been asked: What else can we roll down Baldwin St every year to raise money for charity, now Cadbury's annual Jaffa race is almost certainly a thing of the past?

You may recall the slight trouble I had with that mandarin on Stuart St a week or so back. Mandarins and Jaffas have certain similarities, but I'm not about to suggest we should be rolling mandarins down the steepest street in the world.

Anyone got any suggestions?

Have a great weekend - and wrap up against all that, err "freshness", outside.