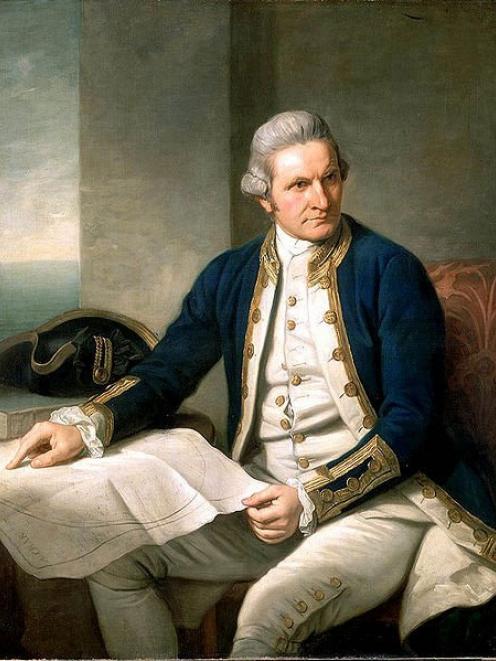 Jean Balchin's op-ed column (18.7.19) criticising New Zealand's failure to require all pupils to study New Zealand history in the course of their schooling nicely illustrates its own central argument.

While I strongly agree with her overall argument that ignorance of one's own history "leads to a general ignorance of one's culture'', her attempt to correct the children's book This Is Captain Cook, begs so many questions that she would surely fail History I!

It is difficult in short compass to respond to her exaggerated and one-sided argument. She addressed three issues relating to Captain James Cook - his first encounter with the tangata whenua of Turanga-nui-a Kiwa, sexual contact, and disease.

It is true that Cook's first encounter in New Zealand involved "the murder of innocent Maori'', although in this context "murder'' is a loaded word, but there is no evidence of theft or kidnapping by the visitors on that occasion.

Nor is murder the term used by most scholars who have carefully studied all the evidence, including such eminent authorities as Prof Dame Anne Salmond (see her recent Stuff article on whether Cook was a white supremacist).

Without going into too much detail, Cook and his crew, who had not long left Tahiti where the stay had been relatively amicable, were unprepared for the hostile reception they received in Turanga (nor was it typical of their later encounters in New Zealand).

Most pressingly, when the tangata whenua attempted to take Cook's longboat he and his onshore party found themselves in immediate danger and at risk of losing their only means of retreat. They retaliated in the way that either side was likely to do at that time and in those circumstances.

After firing a warning shot the coxswain shot a warrior who was preparing to throw his spear at one of the four boys left guarding the longboat. The following day Cook returned with two boats, both armed with swivel guns, and Tupaia, the Tahitian priest.

Tupaia explained their peaceful intentions. Matters again got out of hand, however, and when one of the tangata whenua seized Green, the astronomer's sword, he too was shot dead. In the ensuing melee three other Maori were wounded. Not surprisingly this has not been forgotten among their descendants; nor, understandably, do they all feel that Cook's arrival warrants celebration.

As a matter of historical fairness it needs to be pointed out, however, that despite the danger he had confronted, Cook was deeply upset about the outcome. Neither side knew the protocols of the other for dealing with strangers. It is completely untrue to claim, as Ms Balchin does, that "the diaries of Cook and Joseph Banks reveal that such actions were not isolated''.

Ms Balchin's second claim is just as specious. She starts by stating that "Colonialists criss-crossing the Pacific bought [sic] rape, murder, kidnapping, theft, and infection'', and then follows by claiming that "Crew members of Cook's various voyages (and those of his counterparts) report that sex with locals, including the rape of girls as young as 9, was incredibly common''.

I am unsure how anybody now could claim to know the age of the females involved, but the vast literature on ``the sex industry'', to use Prof James Belich's phrase, indicates that if sex was non-consensual it was because women were taken on board by fathers, owners, and brothers. Although some women were very unwilling, not all were. By and large they engaged in sex in return for various items Maori were very keen to obtain.

Sailors often took advantage of this exchange, undoubtedly, but all were acting within the cultural context of the time. There were also occasions, however, when women were seemingly willing but the sailors were not.

Until the 1840s, in New Zealand and other islands, the Islanders were in charge of most situations. The idea that a very small handful of Europeans could rape, murder, and kidnap as they pleased without being promptly killed can only be described as condescending.

Cook, perhaps unusually, wrestled with the vast historical contradictions created by the encounter between Europeans and the Pacific Islanders, including the New Zealanders. He also had well-informed doubts about "narratives of the white harbinger of civilisation'' long before Prof Ganath Obeyesekere coined this phrase.

A similar caution is required with regard to disease. Although in some colonial contexts Europeans deliberately spread such diseases as smallpox in order to kill an indigenous people, nobody has ever reported any evidence that this happened in New Zealand or elsewhere in the Pacific (excluding Australia).

It is certainly untrue of Cook or any of his counterparts. When Cook discovered that the Tahitians had contracted venereal infections, he was at pains to prevent any of his crew contributing. By our standards, of course, the physical inspections of his crew were quite inadequate, but throughout his three voyages he constantly tried to prevent the spread of these diseases.

That he failed goes without saying. As for the other diseases - breath-borne ones being especially dangerous to those lacking immunity - all we can say is that populations without immunity paid a very high price.

Europeans themselves also paid a high price in the Tropics. On Cook's second voyage (1772-75) he did not lose a single man to sickness; within a few days of entering the port of Batavia some 19 members of his crew had died.

As Anne Salmond commented in the article mentioned above, "In confronting the past, black and white caricatures that whip up ill-will and resentment do not assist mutual understanding ... In trying to craft a good future for our children and grandchildren, many of whom inherit both legacies, it is irresponsible to twist the past to whip up hatred and anger - in either direction.''

Ms Balchin's sweeping generalisations are also a-historical. A much more careful and fine-grained analysis is necessary. The pattern of European behaviour varied from voyage to voyage as well as from island to island, not to mention the nationality of the Europeans.

The behaviour of the Maori and of the Islanders in general also varied from one locality to another. Both varied over time.

To ignore the real complexities of time, place and culture only compounds misunderstandings.

I like a broad canvas. 1770's was a long time ago. English white judges discovered courage and the principle of Freedom of Speech. The state tried to imprison a man, John Wilkes, whose opinion it did not like. They pushed back, invoking Habeus Corpus, and let him free. Hence Freedom of Speech came to be codified in Common Law. The real first world war kicked off, England versus American colonies, and the declaration of independence was written. Cook seemed a pious man of humble origins answering a call to explore. Adam Smith wrote the wealth of Nations. The slaughter of the French Revolution hadn't even happened yet. Napoleon was only a child. Essentially, without wealth you could not vote, neither man nor woman. Male sufferage came a century later, followed quickly by female sufferage. We were lucky to get English law. French, German, Spanish and many uncolonised nations haven't fared as well.

and he found new Zealand / the settlers came/ and it went from a wet swamp to the great country it is. its called progress