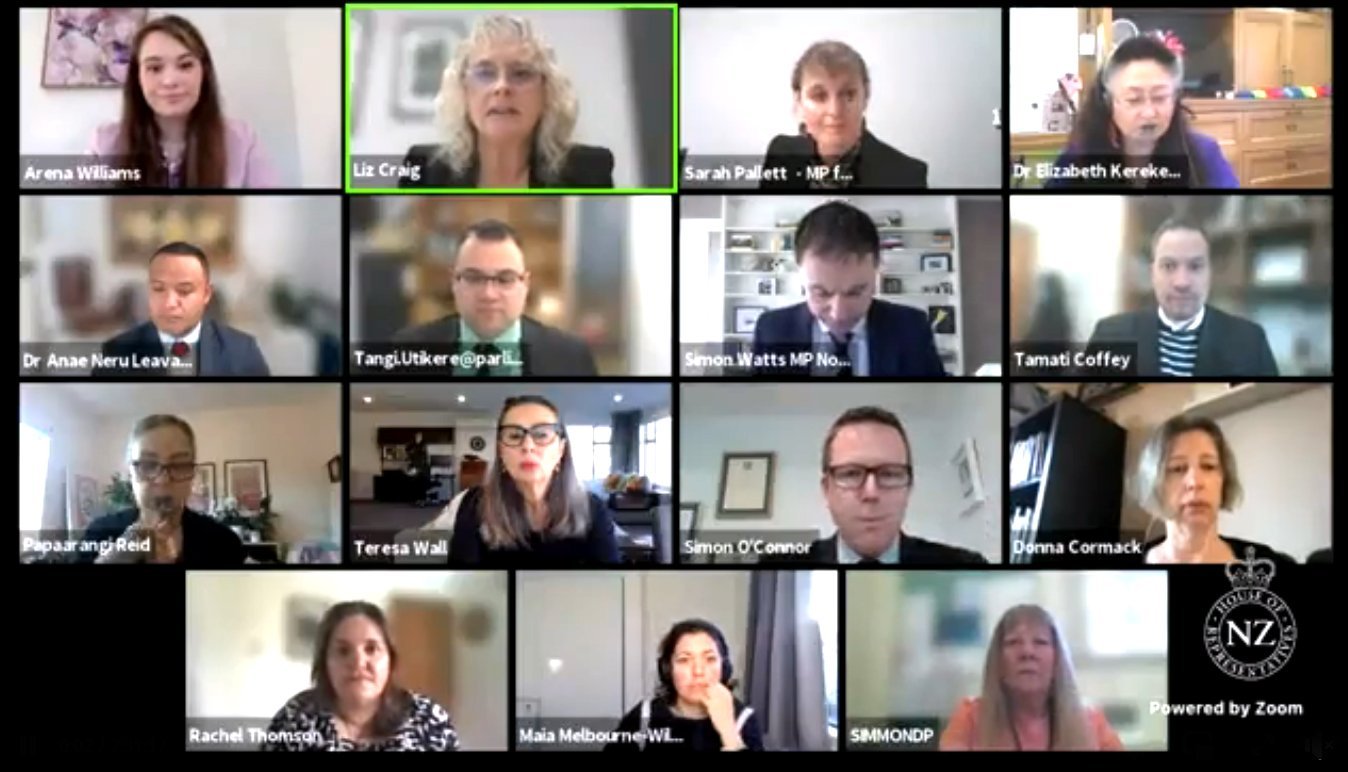 The health select committee at work during a Zoom call. PHOTOS: SUPPLIED
This week politics has been brought to you by the number 45 ... that being how many community cases of Covid-19 were discovered in Auckland on Wednesday. 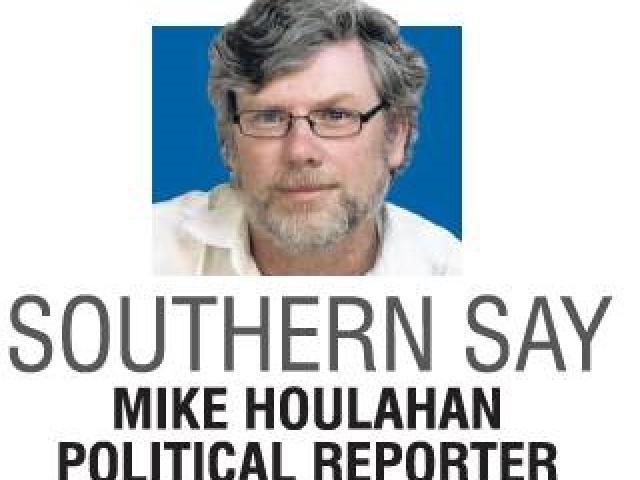 The bombshell revelation detonated on the day National unveiled its 10-step plan for New Zealand to learn to live with the pandemic disease and as Labour geared itself up to reconsidering the country’s Covid-19 alert levels on Monday.

It also came as a rude shock for those who thought Delta was almost beaten, and as a boot to the belly of Aucklanders who must now fear spending yet more weeks in lockdown.

Unsurprisingly, there was a lot of yelling about how it all happened and what it all meant down in the debating chamber later in the day.

Should anyone have cared to tune in to the health select committee earlier that morning, though, there was a much more considered, thoughtful and enlightening discussion about just those questions, and more besides.

They, as well as Maori and Pasifika leaders, have long memories, and are only too painfully aware that their communities were hit hard by the 1918 influenza pandemic.

They have long warned that Maori, Pasifika and other disadvantaged groups could suffer the same fate again if equity was not placed first and foremost in both pandemic response and the vaccination drive.

While the group did not yet know about the 45 new cases, they very much knew where these cases would be detected: in Auckland suburbs with large populations of Maori and Pasifika people.

People who Ministry of Health statistics show are the least vaccinated of all New Zealanders and who, as they told the committee, are either wilfully ignoring the vaccination message or not even receiving it.

Dr Crengle fielded the big question almost immediately and gave the diplomatic answer that an equitable rollout of the vaccination programme was achievable but would take time.

University of Otago Wellington academic Dr Donna Cormack fielded a curly one from Labour Manurewa MP Arena Williams - in whose electorate many of the people being spoken about in the abstract live - about whether identifying cases by ethnicity helps the fight against Covid-19 or stigmatises the patient.

Dr Cormack did not have an easy answer, given that there probably is not one.

However, she did make the important point that vaccination rates are recorded by the ministry on a whole-of-population basis.

Put bluntly, the Pakeha experience of the pandemic is not the Maori or Pasifika experience, she said.

That meant that any plans to allow Kiwis to move around, be it around the motu or offshore, needed to factor in the great mass of unvaccinated people in South Auckland, Porirua or Aranui who would be left vulnerable as a result.

This should not be about politics, but it is.

National senses unease in the team of 5million and that there are votes to be gained in calling for an easing of pandemic restrictions.

Labour, meanwhile, needs to balance potentially losing the middle-ground electors who voted strongly for it last time to pandemic fatigue on the one hand, with protecting the most vulnerable to the pandemic - who are largely the base of the Labour vote - on the other.

There have been many important Cabinet meetings to decide alert levels, but this Monday’s shapes as being the trickiest so far in this pandemic.

Blast from the past

For those who sit there staring at Parliament’s on-demand website and wishing the House was sitting (surely I’m not the only one?), its web team has you covered.

During Parliament’s downtime, ‘‘Looking Back, Snapshots from NZ’s past’’ is screening various archival pieces of political reportage and some classic pieces of footage have been on offer of late.

That has included Richard Harman’s Assignment feature on the 1996 coalition talks, which features the late Dunedin South MP Sir Michael Cullen and a highly youthful Michael Laws, now an Otago Regional Council member but then a New Zealand First adviser. 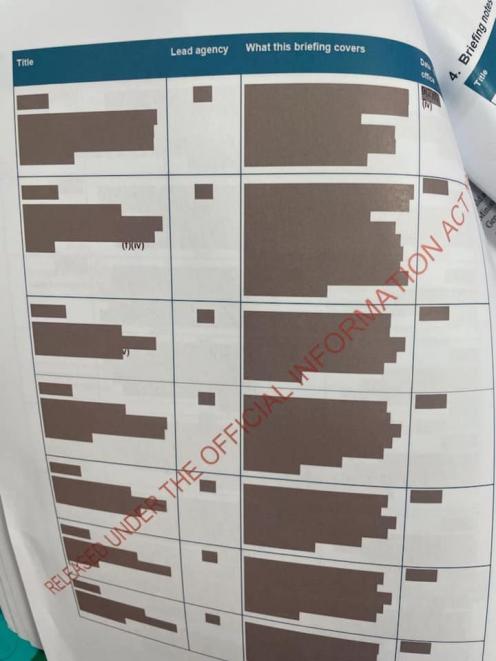 The response to an Official Information Act request by Waitaki MP Jacqui Dean.

Journalists have long complained about both the delay in obtaining documents under the Official Information Act and the amount of material redacted from those documents.

This week Mrs Dean got back the answer to her question about the weekly environment update provided to ministers ... the accompanying photograph not only came at an environmental cost for the paper and ink, but at a mental health cost for the frustration involved in the whole process.

The youth of today

Speaking of youngsters, things are gearing up for the 10th Youth Parliament, Covid-19 willing.

All our local MPs are now advertising for youth MPs, who will advocate for their community for six months, as well as attend the Youth Parliament in Wellington on July 19 and 20 next year.

There is also a youth press gallery keeping an eye on those representatives and keeping them honest.