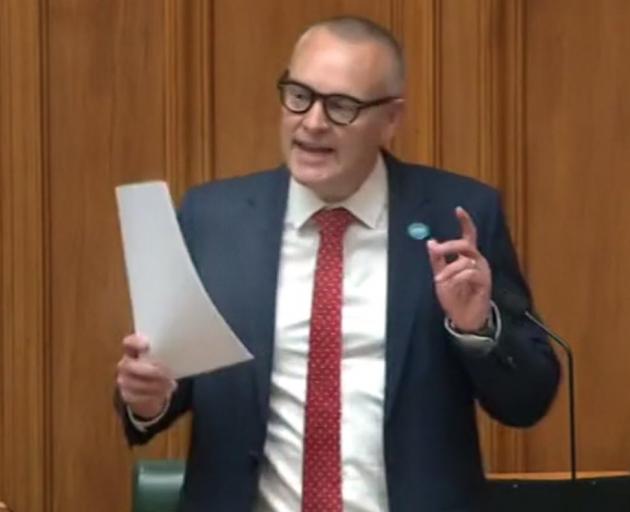 This auspicious occasion was greeted with much humour, not least from the minister of statistics himself, who is more than a little aware that this portfolio might seem esoteric at best and geeky at worst.

‘‘It is with great anticipation that I stand here before you all today to begin the debate on the Data and Statistics Bill,’’ Dr Clark enthused, before going on to call the Bill ‘‘historic’’, ‘‘a crucial enabler’’ and ‘‘wonderful’’ for good measure.

That may all be going a bit far, but there is little debate that a refresh of the current legislation, which dates back to 1975, is long overdue.

Back then, what is now Stats NZ obtained its information by calling landlines, scouring through screeds of documents and asking people to take pen to paper to fill in surveys.

In this era of cellphones, cloud storage and personal computing, some sections in the Statistics Act 1975 can look rather quaint at best and unintentionally obstructive at worst.

Departmental staff have found themselves frustrated at trying to use modern methods of obtaining data but still operating appropriately within an increasingly inadequate set of rules and guidelines.

Which you might think matters not a jot to you, but it really does.

While a great deal of political decision-making stems from party philosophy, almost all of it is reliant on statistics.

It is easy to be cynical about lies, damned lies and statistics, but real-world decisions are based on what the numbers tell politicians and bureaucrats.

To give just one very germane example, changes to the country’s Covid-19 management plans are reliant on vaccination levels reaching certain percentages — in that context it is vital to know how many people are in each district health board region and what ages they are.

For arguments about vaccine equity, it also helps to know how many Maori live in each DHB region — and on that note, the Bill joins the 21st century by acknowledging the 19th and including a requirement to give effect to and address the Treaty of Waitangi.

Otherwise, the Bill modernises the approach taken to obtaining statistical information about the economic, social, cultural and environmental situation in New Zealand, and authorises the government statistician to provide written standards in relation to the production and communication of official statistics, and the manner of collecting or managing data.

This may well be an area explored in some depth during the select committee process, privacy and data security being issues the public is much more concerned with now than back in the balmy days of 1975.

Southland National MP Joseph Mooney, for one, grasped the importance of statistics to his region, in the context of getting appropriate resourcing for the health system to achieve cancer treatment statistics and other health measures.

‘‘In the Southern District Health Board, the current threshold of access for the orthopaedic triage process is painfully elevated due to the completely unacknowledged lack of resources from the Ministry of Health, and it has meant that patients are unable to be seen because of a lack of resourcing.

‘‘We have a hospital in Southland that is short 90 beds and two theatres presently for the present needs of the region ... that’s why we need this collection and publication and analysis of data and statistics to ensure that the Government actually has the proper information.’’

To paraphrase The Prisoner, while we are free men we are also numbers.

But those numbers cannot translate into actual benefits for the free people of New Zealand unless they are properly collated, understood and transmitted, so for all his levity Dr Clark has an important job on his hands to get the Data and Statistics Bill right.

On Tuesday afternoon, while various malcontents filtered back home after protesting against vaccine mandates, the House — somewhat ironically in the circumstances — passed an even more sweeping public health measure, the Health (Fluoridation of Drinking Water) Amendment Act.

The odds would be $1.01 and shortening that Dr Bloomfield, who needs no convincing about the dental health benefits of fluoridation, will be answering ‘‘yes’’ when the question is eventually put to him.

As for why, as Dr Verrall said, children who are still in nappies are having their teeth removed while under anaesthetic, and there has been evidence since the 1950s that fluoridation is a safe and effective method of preventing tooth decay.

The Covid-19 pandemic has deprived Ms Leary of the chance of in-person attendance but luckily she has been to Iceland before, chasing auroras.

An embarrassing moment for Dunedin National list MP Michael Woodhouse on Wednesday, when he rose to ask Question 3.

His very serious question about government spending was rather undermined by his opening words ... ‘‘Mr Squeaker.’’