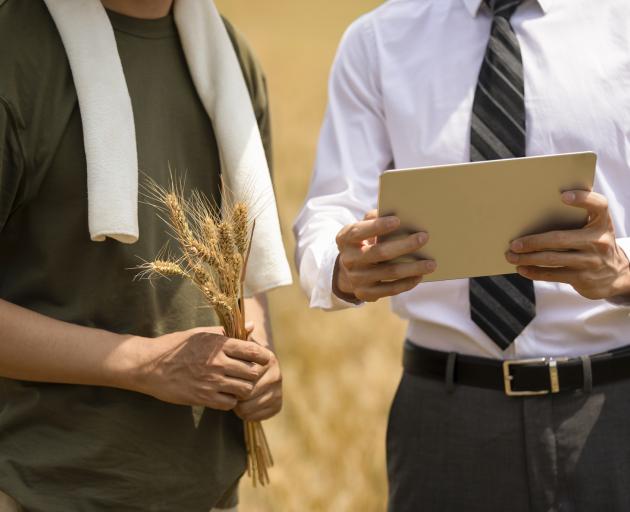 Compliance requirements have increased enormously in the agricultural industry over the past two decades. PHOTO: GETTY IMAGES
Mark Twain said, "during the gold rush it’s a good time to be in the pick and shovel business" . Interesting words and farmers might take note — why be a producer when you could sell fertiliser or health and safety advice or, even better, become a compliance auditor?

I had a lot of feedback, negative and positive, to my last ODT opinion piece on regenerative farming. One of the very interesting conversations I had was with Australian SustainaWOOL programme manager Dr Paul Swan. He used a term that I hadn’t heard before, but I believe is very real in New Zealand farming and processing circles — the term was "audit fatigue".

This is where farmers and producers are repeatedly audited (for mostly the same things) and the findings do not reveal new meaningful insights. The danger here being that regenerative agriculture becomes another activity to be audited, rather than meaningful practice change.

There is no doubt that compliance requirements for producers and processors have increased enormously in the agricultural industry over the past two decades. As an example, a meat company in New Zealand will have some sort of audit in their business approximately 300 days of every year. That might be a veterinary audit, a UK customer audit, a health and safety audit or an environmental audit (to name a few).

I have tried to find an estimate for what this means in terms of employment — how many compliance-related jobs are there compared with productivity jobs? Is the ratio 3:1 or 5:1 and how has that ratio changed over time? I am not able to find this information anywhere, I would love to hear if anyone has good statistics on this.

Many will argue, especially those in the compliance sector, that increased audits save lives and increase the value of products. To a certain extent, that is true. However, the law of diminishing returns would suggest for agriculturalists there will be a tipping point, which I suspect we are close to reaching, where farming — or productivity-based employment becomes deeply unattractive due to the time, costs and energy (as in mental energy) needs of compliance.

In the words of Dr Swan "growers and brands/retailers both need to be very careful that this compliance industry doesn’t become a large leak, that neither lifts consumer retail investment/kg or turnover or supports growers to continue to invest in producing the product."

What to do? The New Zealand Government has promised greater investment to support farmers in adhering or adapting to new environmental regulations and I am starting to see that money circulating. Money is always good, but it does not address the audit-fatigue. An option suggested to me by Dr Swan is termed "white labelling", where we have a base level of compliance that all processors and retailers buy into and then any additional customisation occurs according to the needs further down the supply chain.

The Red Meat Profit Partnership (RMPP), a significant-sized industry-government collaboration, attempted to do this by developing a national New Zealand Farm Assurance Programme, the challenge being that meat processors all had their own schemes and some were more advanced than others.

The idea was on the right track — to collect and integrate base information and data that are collected for multiple audits to reduce the time spent double punching data and information.

According to RMPP’s final report (published in 2020), this programme has been a success: there have been 7090 farms registered; more than 6100 audits completed; there are 18 member companies; there has been a 37% efficiency gain in terms of fewer audits being conducted (compared with July 2017) and there have been approximate savings of $378,000 in direct audit costs per annum (across the industry). This programme is a move in the right direction. We need such initiatives at scale across agricultural and horticultural industries.

As farmers increasingly move to adopt regenerative farming practices and other innovations (as wanted by consumers) the rest of the industry and those in compliance and government circles must do what we can to streamline processes with smart, farm data capture tools and systems, rather than bog these innovations down with additional reporting and compliance requirements.

If the ratio of regulators to producers gets too high, innovation and people’s desire to farm will decline, as will their profitability.

If we destroy the gold mine

— no-one will be selling picks

What an excellent opinion piece. I enjoyed that immensely. Ms Campbell is right, audit fatigue is going to become an increasing problem for producers and processors in the agricultural sector. Especially for those Luddites who ignorantly protest legislative reforms designed to ensure focus on regenerative agricultural methods, like the recent water usage reforms.
As Ms Campbell points out these reforms have previously been customer driven as consumers seek guarantees over the quality of the products they buy. However, increasingly the reforms are linked to climate change initiatives. The govt's of the countries we are selling to are now demanding that we operate in ecologically sustainable ways. If we can't prove that we do they will not buy our products. This is because they needs to demonstrate that they are doing their bit to fall in with international treaties like the Paris climate accord. The agricultural world is changing fast. We either adapt or go extinct.
The demands/audits on producers (that is, farmers) are going to increase, get used to the fatigue because it ain't going away.

A sobering reading...how does it affect productivity and not just in farming, but elsewhere?
2014 Australian productivity report by Deloitte found that 9% of the total workforce then in Australia consisted of compliance workers. No doubt New Zealand is not far off that figure.