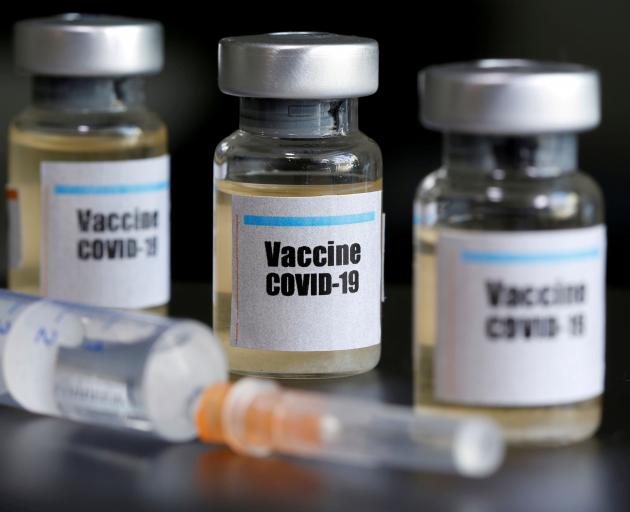 If a Covid-19 vaccine becomes available, who will pay for the worldwide distribution? PHOTO: REUTERS
Working together, and loving one another, is what will save us from the modern day pandemic,  Richard Dawson writes.

Years from now, historians will be writing about these days — the days of the first modern pandemic to really threaten Western developed nations.

They’ll be writing about how a very moderate virus with a fairly moderate death rate managed to completely disrupt a society with the most modern health system and technologies of its time.

True, the overall death rate is considerably higher than the seasonal flu, though probably about the same as the Spanish flu which killed so many people after World War 1. Even so, the death rate is thought to be somewhere between 2% and 4%. However, statistics out of the United States indicate that for those under 65 the mortality rate is only 0.09% which is a rate far lower than the flu.

Surprise and shock are perhaps understandable in a society which has been raised over many generations to believe that our hope for the future lies in further enhancing our technological capability; that most things can be solved by such a strategy.

The problem with this is twofold:

Firstly, technology cannot solve what it has not encountered, which is why we’re in this mess to begin with. We had not encountered such a threatening and deadly form of virus before. So, technology, though it might eventually come up with an answer, will be too late for the 820,000 who have died already, and the roughly 5000 dying daily.

The second great problem is that technology, in and of itself, cannot take into account the human element in the problem it is trying to solve.

Humanity has the ability to sabotage almost any solution offered to society. If a vaccine becomes available, who will pay for the worldwide distribution? Will rich countries pay for the vaccination needed by poor countries? Will we forget about basic hygiene once we have a vaccine, giving the virus a chance to mutate? Will drug companies charge exorbitant fees for the vaccine?

There are a thousand variations on this theme, and they all boil down to one thing. Human problems require human solutions. Not that we should do away with a vaccine; that can’t come soon enough. But when we focus on what we can do, so often the technology takes its rightful place — second.

This is why New Zealand is ahead of the pack. We currently have the lowest death rate of OECD countries by a country mile at four deaths per million, or an average of 0.000198%. Remarkable really, isn’t it? And why? Because we were able to act as a nation to bring very human solutions to the problem.

The Church has realised this from the very beginning. The first appearance of what was suspected to be smallpox emerged in the Roman Empire in AD165.

It was so devastating that during the 15-year duration of the epidemic, a quarter to a third of the entire population died. That’s an astounding mortality rate of 30%. The one technology to hand was "separation from the sick".

So, wealthy people fled to their country estates, leaving sick family and friends behind to suffer whatever fate the gods had in store for them. Those who couldn’t flee, threw the sick out into the streets again to suffer their fate. Neither pagan priest nor philosopher had any answer. But the Church of Jesus Christ did.

Led by Bishop Cyprian, the Christian community laid aside the fear of death to nurse their own sick, as well as abandoned and ill neighbours — people who had nothing to do with the Church. Towards the end of the second wave of this pandemic, Bishop Dyonisius of Alexandria wrote this of his people ...

"Most of our brothers showed unbounded love and loyalty, never sparing themselves and thinking only of one another. Heedless of danger they took charge of the sick, attending to their every need and ministering to them in Christ and, with them departed this life serenely happy having been infected by others with the disease, drawing on themselves the sickness of their neighbours and cheerfully accepting their pains. Many, in nursing and curing others, transferred their death to themselves and died in their stead ..."

As William H. McNeill pointed out in his celebrated book Plagues and Peoples, even such basic nursing as providing food and water is likely to have greatly reduced the mortality rate, possibly by as much as two-thirds.

This is the beauty of the vision of the Church upon which the West is built. Her master is Christ; His servants are the human "body of Christ"; their one technology is love.

When we work together to reduce the chances of our Kiwi "brothers and sisters" catching this deadly disease, this is what we’re doing — loving one another.

- The Rev Richard Dawson is the minister at St Stephen’s Presbyterian Church in Dunedin. 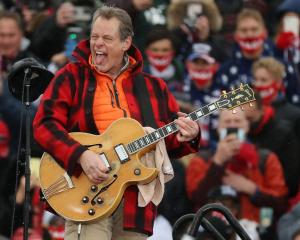 We need a global approach. This is unlikely, with geopolitics. US won't take the Russian vaccine, we might get a lend of the Australian. Nobody will be allowed to take any Chinese vaccine.