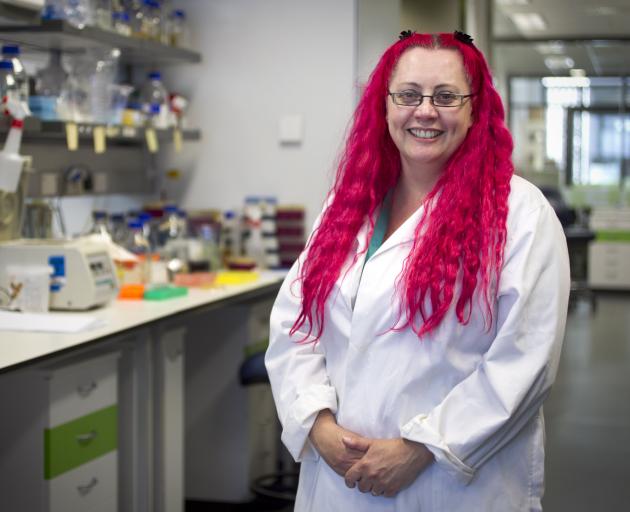 Dr Siouxsie Wiles has drawn online abuse since her public appearances discussing Covid-19. PHOTO: THE NEW ZEALAND HERALD
"Look at the state of the pathetic excuse for a proffessional. Her rediculous appearance says it all but she thinks she looks radical." (sic)

“100% agree .. her adolescent stance is concerning considering her academic achievement. Covid celebrity and full of self-importance.”

“She loves her own voice.”

“She has zero scientific integrity.”

“The doctor needs a good taxidermist.”

“Actually she doesn’t look very professional at all never thought she was anything but a mouth full of rubish [sic].” 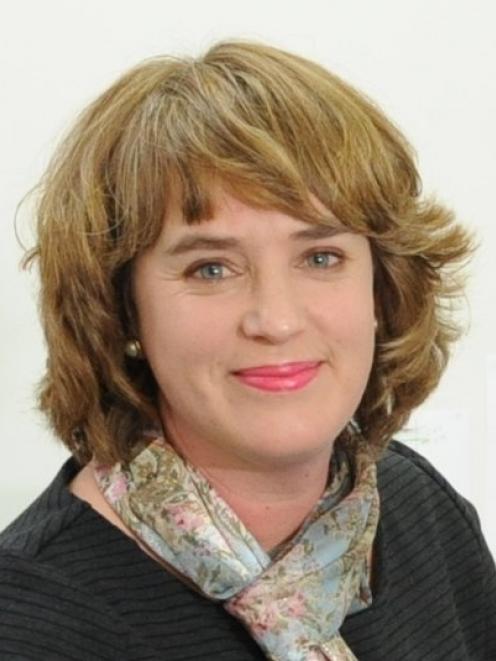 Prof Wiles has a PhD in microbiology from Oxford University, she has won numerous awards for her research and communication efforts, including the Prime Minister’s Science Media Communication Prize, she has been a finalist for the 2018 New Zealander of the Year Award and in 2019, was appointed a member of the New Zealand Order of Merit for services to microbiological and science communication — but, of course, none of that matters because she is “just a big fat pig”.

This type of vitriol is not isolated and many high-profile women are recipients.

A few years ago, I attended an event, “Women you can Bank on”, where Raelene Castle, CEO of Sport New Zealand and past CEO of Rugby Australia and the Canterbury-Bankstown Bulldogs, was the guest speaker.

She shared with the audience the abhorrent social media bullying she was subjected to. I remember reading the comments, and feeling physically sick, then asking myself , “Why are we letting this happen?”.

To all those people who complain about “political correctness”, “woke cultures” and “cancel cultures”, please have another think.

We have to do all that we can to address the inequities women face in terms of societal expectations around their physical appearance, especially when they dare to be in the public profile.

Congratulations to Wakatipu High School who have “tweaked” their Grease musical “Summer Nights” lyrics, "Tell me more, tell me more, did she put up a fight?" so that the play is more suited to modern thinking.

This is not taking a “politically correct approach” as described in the Otago Daily Times (March, 28, 2021), this is taking an approach which is respectful to women. By using the phrase “politically correct” we are undermining those seeking change — and boy, do we need change.

Ex-prime minister of Australia, Julia Gillard and the director-general of the World Trade Organisation, Ngozi Okonjo-Iweala, have published a book, Women and Leadership, demonstrating that these problems are global. They recognise this is not a male against female issue, but a society against female issue.

A stark demonstration of this was when internationally recognised feminist, Germain Greer, said of Julia Gillard, “What I want her to do is get rid of those bloody jackets, every time she turns around you’ve got that strange horizontal crease, which means they’re cut too narrow in the hips. You’ve got a big arse, Julia. Just get on with it.”

Why do we need to address this?

Many reasons, the most urgent being the future of young women.

My daughter is 15, her generation of young women are growing up in perhaps the most horrific time for young women in relation to body image. It’s hard to compare across generations and other generations of women have had different challenges, but the proliferation and accessibility of pornography, social media bullying, botox and surgical enhancement offerings, mean these young women need all of our support in valuing them for who they truly are.

They need all of our support to show them that they are worth more than their looks — that their actions, character and achievements mean more to us than the size of their bottoms.

We need to stop undermining and belittling this movement with snide comments about “woke culture,” and “political correctness”.

When we undermine these movements, we undermine the ambitions of many young women and in doing so, potentially create a body image crisis that will irreparably damage years of progress for women’s equality. Please people, enough is enough. 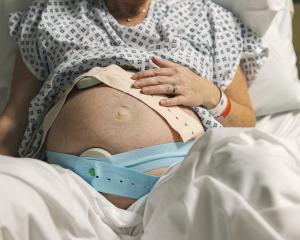 The lexicon of lumpenproletariat. Marchons.

I was "Bell" Hull. Mine ancestor was an cleric of Tyne.

Another "on target" opinion piece from Dr Campbell, I really do enjoy her pieces. And... with Dr Wiles taking out the New Zealander of the year award being the best response to all the negativity she gets directed her way.

For scaremongering? The NZer of the Year award has come to have about the same level of credibility as the Nobel Peace Prize.

What a load of crap! You can't keep claiming that we can't judge people by the way they look. Both men and women (Yes women do it too) judge people every day based upon their looks. When dealing with people we don't know, assessing them by their looks is the only thing we have until we get to know them. Most people don't know Dr Wiles. Her appearance is unconventional. Most would view her appearance as unprofessional. Mature people will only internalize their assessment. The immature will vocalize their assessment. She has made a conscious decision to portray herself publicly as she does. Don't complain when people judge her based upon the way she chooses to portray herself. So what did Dr Wiles do to be selected outstanding New Zealander of the year? Specifically, what did she do?