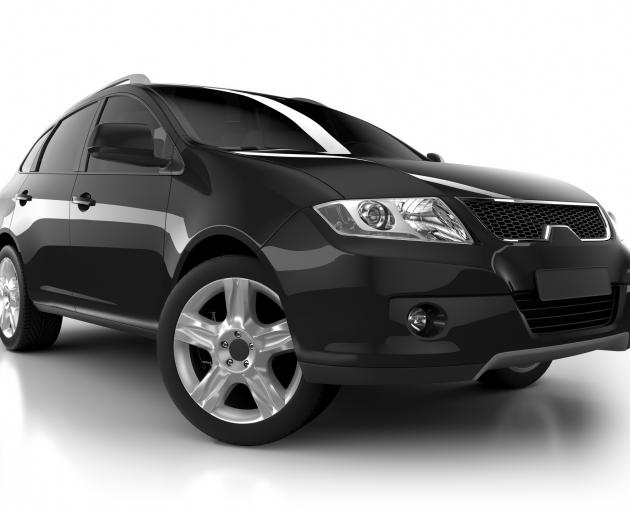 I bought an electric SUV because I proudly oppose gas guzzlers. I need this SUV because it’s the best way I can carry the family’s bikes. (There’s always at least three on the rack).

This week I read about a new climate action group called Tyre Extinguishers. Laudable people, they protest against gas guzzlers by policing the streets at night, and letting down SUV tyres

They’ve launched in Auckland, but should soon have Dunedin in their sites. I presume Tyre Extinguishers will differentiate between my pro-environment electric SUV and the rest? And would the presence of my bikes help protect me?

Sorry. We are dealing with the militantly super-righteous. Your electric SUV doesn’t cut it.

“Hybrids and electric cars are fair game — we cannot electrify our way out of the climate crisis,” Tyre Extinguishers tells its recruits. (Their stance on hot air balloons is unclear).

The flyers left on the vandalised SUVs’ windscreens were printed straight off this website, using a PDF written as part of a vigilante work kit. The brochure told victims: “You will have no difficulty getting around without your gas guzzler; with walking, cycling, or public transport.” (The same brochure is used in the UK which appears to be home base).

As per the website’s directions, the Auckland activists worked at night, chose victims in a “posh/middle class” area, and presumably used the recommended T.E. deflation method, which they boast gets tyre’s hissing out air within ten seconds. And -— (sorry Germaine) — the zealots are told to practise first on bicycle tyres.

Tyre Extinguishers complain SUVs are “killer vehicles” whose owners typically possess dangerous minds. Urban SUVs “exist purely for the vanity of their owners who see them as status symbols.”

T.E claims SUVs exude the second-largest amount of carbon on the planet. And that their drivers are richer, whiter, and (gosh, this surprises) their carbon emissions are racist.

They plan to make it impossible to own a town-based SUV.

I drive a SUV for politically sound reasons. My golf clubs fit easily, and a SUV seats me high enough up to look down on my fellow humans. LOL. Actually, I’m a city sales rep who needs the SUV to cart round my samples.

Why don’t the police cut this crowd off at the source — by arresting the Tyre Extinguisher leaders? These twits brag to the media, so surely it can’t be that hard to track them down?

Locating them is trickier than you’d think.

Tyre Extinguisher’s enablement package presented their Kiwis with an untrackable email address, so that they could notify our media, without being found out.

Their technology means that like phishers, we can’t find who or where they are, or what computer servers they push their messages out from. Their TOR (The Onion Ring) systems send web traffic through so many layers it becomes untraceable.

These email lists fall into 30 categories, and if you drill down under the headings, you find groups as diverse as Anarchist Scientists, Brixton Rebels, Student Activists, Feminists, and even Prisons.

Riseup cautions its email clients: “The only requirement is that the list must be used for radical social change. If your list is not of a progressive, radical, or revolutionary nature, we will not enable it.”

Managing client use of dark web services has its hazards. In 2016 Riseup decided it best to comply when hit with two FBI warrants — the Feds suspected the virtue-enablers had been used by an extortion and ransom-ware ring.

But let us return to our bold tyre-deflaters, as they tip toe middle-class streets and risk being savaged by chihuahuas and labradoodles.

Their leaders seem conscious such followers may not be the sharpest knives in the drawer. The web manual carries pictures to help them identify what a SUV looks like. There is even a nursery rhyme formula explaining which way to twist those complicated valve caps – “Righty-tighty” or “Lefty-loosey.”

Cleverly, Norm stretches metaphor to diss the entire left. It is Fools like TE that stain progressive credibility. It's like the response to McCarthyism; the witch-hunting led Americans to think there weren't actually any commos.